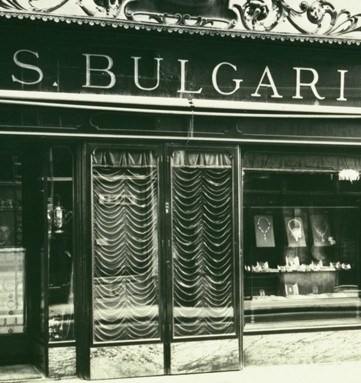 MILAN — “For me, calling at Bulgari’s shop is like visiting the best exhibition of contemporary art.”

So mused Andy Warhol after one of his many stops at the landmark Bulgari store on Rome’s Via Condotti to view the jeweler’s latest creations.

The innovation that so impressed Warhol will be on display at the retrospective “Between History and Eternity: 1884-2009,” which opens today at Rome’s Palazzo Delle Esposizioni to mark Bulgari’s 125th anniversary.

The exhibition of 500-plus objects was curated by Amanda Triossi and boasts seven new “high jewelry” pieces, flanked by historic pieces such as an 18-karat necklace from the Sixties with floral motifs in emeralds, rubies, sapphires and diamonds, which belonged to Princess Soraya of Iran, a 25-carat diamond ring once owned by Anna Magnani and a string of intricate silverware chiseled by company founder Sotirio Bulgari.

A room is dedicated to the pieces worn by Elizabeth Taylor, while watercolor sketches offer an insider’s view of how the jewelry was brought to life.

The anniversary will be celebrated with a cocktail party for 1,400 people hosted by Gianni Alemanno, the mayor of Rome, with Paolo and Nicola Bulgari and company chief executive Francesco Trapani, followed by a dinner for 600. Celebrities expected to attend include Jessica Alba, Ginnifer Goodwin, Chloë Sevigny, Selma Blair, Gina Lollobrigida and Valeria Golino.

The retrospective traces major moments in Bulgari’s history since its founding — from the Rome store to major pieces to star clients from Marilyn Monroe to Nicole Kidman. The exhibit shows how, in the Sixties, the company broke away from the rigid schemes of French jewelers, opting for techniques that hark back to the Renaissance, classic Greek-Roman designs and 19th century goldsmith techniques. In the mid-Seventies, Bulgari branched out with high-end Swiss-made watches, such as the top-performing Bulgari Bulgari design where the logo is etched into the bezel.

Reinforcing the women’s watches is a current priority, as is increasing the awareness of the accessories division through better-focused marketing and more multibrand stores.

What started as a tiny silverware store established in Rome by Greek expatriate Sotirios Boulgaris (he later changed his name to Sotirio Bulgari) in 1884 has grown into a $2.4 billion public luxury goods brand covering jewelry and watches; two namesake hotels in Milan and Bali; 270 stores worldwide, and a wide assortment of accessories, fragrances and eyewear.

Much of the expansion has been overseen by Trapani, Sotirios’ great-grandson, who became ceo in 1984 at age 27. From the beginning, he has worked closely with his two uncles: Paolo Bulgari, chairman, and Nicola Bulgari, vice-chairman. The extroverted and outspoken Nicola Bulgari — who has a fondness for silver, old cars and antique coins — differs markedly from his brother Paolo, a taciturn and timid man who rarely gives interviews.

“It was so long ago that I’ve sort of forgotten how scared I was and the challenges I faced in convincing my uncles that I was well-versed in the company and had valid growth plans,” said Trapani, citing Cartier, Chanel, Hermès and Gucci as inspirational examples of companies that moved forward while respecting their heritage. “I also wanted to make the company less dependant on the family.”

Despite his nervousness, Trapani quickly aimed for the limelight and was eager to prove that he was qualified for the task. “I liked the idea of being the main actor behind Bulgari’s global expansion,” he said, chuckling. During his tenure, Bulgari’s staff went from 80 employees to today’s 4,000.

But Trapani admitted there have been bumps along the way, citing the company’s listing on the Milan bourse in 1995 as an example. At the time, there were relatively few public luxury goods companies, he said. “I remember having to convince Morgan Stanley [Bulgari’s financial advisers] because they didn’t think listings were in the culture of Italian companies,” said Trapani.

More recently, there were the terrorist attacks of 9/11, which severely impacted the global luxury goods sector, and the current global recession.

“For eight years straight Bulgari sales grew 30 percent annually, so the biggest challenge we faced when the crisis broke and consumer spending slumped was to cut costs while maintaining the highest quality,” he said.

And Trapani believes the current downturn will have an impact long after economies begin to grow again. While people will continue to seek greater wealth, he is convinced a lid has been put on the excesses of past years.

And how luxury goods companies reach out to customers new and established also is changing. A few years ago Bulgari launched e-commerce on bulgari.com so a wide variety of consumers could have access to the company’s more than 800 styles including watches, jewelry, leather goods, accessories and gift items. Items on the Web site range in price from just under $200 to $38,000.

Meanwhile, in November 2007, Bulgari opened its largest store, a gleaming luxury tower in Ginza in Tokyo, strengthening its presence in its biggest market in the world.

These and other initiatives mark a major departure from the jeweler’s very early days. Initially the company’s store on Via Condotti was called “Old Curiosity Shop,” after the Charles Dickens novel and with a precise intent — to lure wealthy English and American tourists in between their visits to the Coliseum and other noteworthy ruins scattered around the Eternal City.

Competition back then certainly was much less fierce than it is today. As the company marks its milestone, the main concern for Bulgari and other luxury brands is to survive the recession relatively unscathed. And, going forward, firms are likely to focus primarily on maintaining their positions than gobbling up more and more market share, Trapani indicated.

“To deal with today’s cutthroat competition you must be even more competitive by making the offer more palatable, further upping the service and improving the image,” Trapani said. “More than growth, today the goal is to maintain one’s market share. We hope to get out of the crisis fast and with the least damage possible.”