Opening of the 1,800-square-foot store at the DLF Emporio mall in New Delhi signals ​a revival of interest in the country’s luxury market. 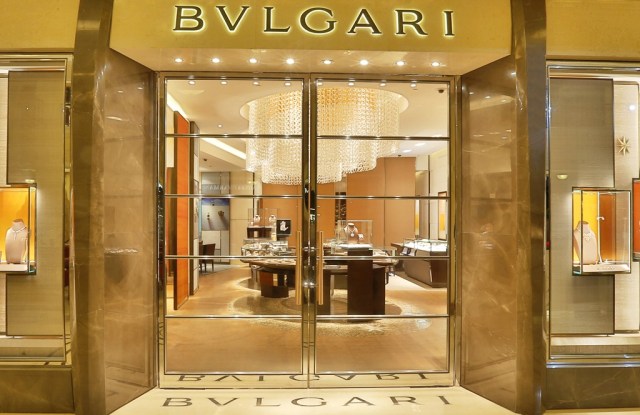 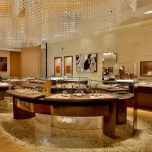 NEW DELHI — When Bulgari opened its first flagship in India last month, it signaled ​a revival of interest in the country’s luxury market.

That market, which grew at 30 percent in 2013 to $8.5 billion, is likely to continue expanding at a healthy pace to reach $14 billion by 2016, according to the Associated Chambers of Commerce and Industry of India.

Bulgari, which is owned by LVMH Moët Hennessy Louis Vuitton, opened the 1,800-square-foot store at the DLF Emporio mall here​. The Indian government gave Bulgari the approval in June to open the store under the recent policy of allowing foreign direct investment in single-brand retail. The Italian company has launched ​in India ​with a silent partner.

The store launched with an exclusive collaboration with Indian designer Anamika Khanna, with her couture outfits highlighting Bulgari jewelry. Bollywood celebrities Sonam Kapoor, Arjun Rampal and others were among the guests at the opening.

Jean-Christophe Babin, the firm’s chief executive officer, who was in New Delhi for the launch, said that this new step forward meant that “Bulgari is increasingly interested in expanding its Indian presence, bearing in mind that in the past we were present through a franchisee partner. This new business joint venture allows for a complete Bulgari brand experience with the opening of a boutique showcasing the four dimensions of Bulgari — jewelry, luxury watches, premium accessories and high-end perfumes.”

​Bulgari jewelry was available in India from 2004 to 2011, but the luxury firm gave up on India, apparently disappointed with the results.

“The retail environment just wasn’t right at that time,” Babin explained. “Today, it’s a different story: There are now luxury mall projects, besides Emporio [New Delhi] and UB City [Bangalore], which will appeal to our targeted customer base, and these present a larger growth potential. Our expansion strategy should, however, consist of a selective mix of luxury malls and a few top luxury hotels.”

The luxury consumer in India has been a focus of interest by global brands over the last two years. “These are exciting times for the luxury sector in India, which is buzzing with activity,” said Rajat Wahi, partner at KPMG India. “Players are increasingly walking the extra mile to overcome barriers typically associated with operating in India. Traditional ‘definitions’ and ‘characteristics’ of luxury consumers are evolving with increasing awareness among consumers; this is creating a host of opportunities for the existing and new players.”

Bulgari appears to be counting on this changing customer, hoping the Indian consumer will reach beyond the traditional and local jeweler and buy more global styles.

“Today, a growing number of people can afford luxury at various price levels in India. No doubt, many still purchase their jewels from their local neighborhood or family jeweler; however, more are open to the idea of buying from international renowned luxury brands such as Bulgari, for instance. We do not create pieces that are already available on the market; for instance, ethnic looking pieces. Instead we offer styles which are world icons and embody our Roman and Mediterranean heritages,” Babin said.

Given that Indian consumers always have been world travellers, they are evolved in their tastes for international icons and designs, he explained, pointing out that as Bulgari sold jewelry across many countries, “we believe that we will be able to get a growing market share out of the entire cake.”

“The chances of finding luxury jewelry brands in India are still very slim. The ever-increasing number of shopping malls and the rising number of wealthy people make the growth outlook for India’s luxury brand market positive — making this a game changer for our brand,” Babin said.

As for Bulgari’s other product categories, they do not face the same gap in the Indian market.

“Despite the absence in our core business, which is jewelry, [in India] we have been continuously present in luxury watches and fragrances through retailers and distributors. In terms of fragrance, we are among the top-three sellers in the Indian market, which is quite a performance,” Babin said.

Growth in the Asian market continues to be important for the brand.

“The Asian market has been performing well for us in general, despite the political turmoil that took place in markets like Thailand earlier this year and most recently in Hong Kong,” he said, adding that Bulgari now has 22 stores and seven franchised units in China, with four boutiques in Shanghai alone.

“China has always been considered as an investment for the long run and its slow one-digit economic growth does not mean that Bulgari is condemned to single-digit growth but rather inspired to outperform and surpass itself to become the ultimate reference in high luxury for Chinese consumers,” said Babin. “Regardless of the current slight slowdown of the GDP, one should not forget that for the 10 years to come, China will most likely continue to be the number-one growth engine of luxury worldwide. Hence we will further increase our investments in 2015, like in India. Finding the right kind of luxury retail space entails potential expansion into additional Indian major cities in the future,” he said.