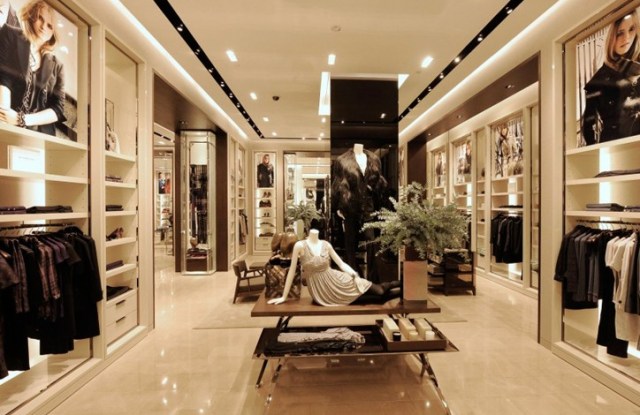 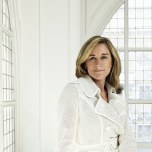 LONDON — Expenses tied to retail expansion and a cost-efficiency program unveiled earlier this year reduced profits at Burberry Group plc by 24 percent in the six months to Sept. 30, but the bullish company hiked its dividend based on the strength of the business.

Retail sales accounted for 54 percent of revenue in the period, compared with 45 percent last year. In May, Burberry had anticipated the increase in operating costs as the company continued to shrink its wholesale business. All figures have been converted from the pound at current exchange.

Burberry chief executive officer Angela Ahrendts called the results “solid,” and said the company was entering the second half with confidence. She was upbeat in a telephone interview Tuesday: “We don’t typically raise the dividend midyear, but the board felt so strongly about the company’s momentum that it went ahead. They love what we are doing with the brand, and they wanted to reaffirm their confidence in the Burberry business.”

The interim dividend at Britain’s biggest luxury goods firm, which is now a FTSE 100 company, increased 4 percent to 3.50 pence, or $5.57.

As a result of the increasing emphasis on retail and strong, full-price sales, Ahrendts said gross margin had outstripped expectations.

Burberry said it expects gross margin to improve further in the second half, thanks to the increased number of retail outlets, tighter inventories, higher full-price sales and greater cost efficiencies.

Meanwhile, Burberry’s cost-cutting program, which resulted in the closure of the Thomas Burberry collection this year, infrastructure efficiencies, the shuttering of six stores and a reduction in head count by more than 1,000 people, cost the company 4.2 million pounds, or $6.7 million, in the period. The program will generate 50 million pounds, or $79.5 million, in savings for the year, the statement added.

In other news, Burberry said it was pushing further into underpenetrated markets. The company said it is in the process of establishing a joint venture in India, it has signed new franchise agreements in Lebanon and Mongolia and it continues to invest in North America. In the U.S., Ahrendts said Burberry is always looking to exploit real estate opportunities.

“The 57th Street store renovation was not in our original plan, nor were the two new stores, which open next week at 444 Madison,” she said. “We are always looking for favorable terms and to optimize our brands and our opportunities.”

Burberry will open the first freestanding concept stores for Burberry Brit and Burberry London on the ground floor of the new Madison Avenue headquarters. Both units had been empty, and each spans 1,500 square feet.

Burberry has beefed up its apparel license with Sanyo Shokai Ltd. and Mitsui & Co. Ltd. in Japan, cutting short the term of its agreement by five years and boosting production and royalty payments. In Japan, Burberry has also formed a nonapparel joint venture, which it views as a major opportunity to distribute its global accessories collection in the country and gain market share in nonapparel.