Brand will show twice a year and offer buy-now-wear-now collections only. 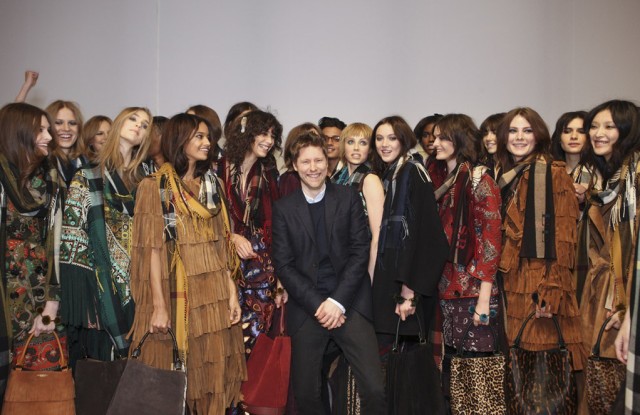 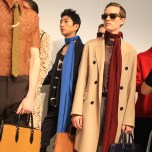 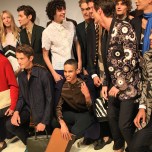 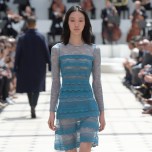 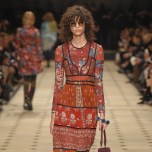 LONDON — As the industry debates the future of seasonal fashion, buy-now-wear-now collections and direct-to-consumer shows, Burberry is short-circuiting the conversation and radically changing the way it does business.

Come September, the $7.54 billion company plans to show seasonless men’s and women’s wear collections together, on the runway, twice a year. In addition, it will make all the collections immediately available online and in-store. Window displays in its stores and media campaigns will change the moment the curtain comes down on the catwalk.

Burberry’s shift could be the snowflake that begins an avalanche of change as designers, retailers and fashion organizations debate the overheated fashion system; the future of shows; social media; the growing move to mobile and e-commerce shopping from brick-and-mortar, and how to energize a consumer who seems gripped with ennui when it comes to fashion.

RELATED STORY: Overheated! Is Fashion Heading for a Burnout? >>

“We have designers, retailers and everybody complaining about the shows. Something’s not right anymore because of social media, people are confused,” Diane von Furstenberg, chairman of the Council of Fashion Designers of America, told WWD in December. “We have some ideas. Everyone seems to feel that the shows being consumer-driven is a very good idea.”

The CFDA is awaiting an analysis from Boston Consulting Group on the viability and logistics of consumer-oriented fashion weeks. Over the past few months, a host of designers – including Tom Ford, Giles Deacon, Matthew Williamson, Misha Nonoo, Thakoon Panichgul and Rebecca Minkoff — have decided to put the focus on the social media savvy end-consumer who refuses to wait six months for her clothes to land in store.

The British Fashion Council, meanwhile, is ramping up its program of consumer-facing shows known as London Fashion Weekend.

Burberry is by far the biggest name to take the leap, and its decision could accelerate proposed changes to runway show and delivery patterns.

Christopher Bailey, the company’s chief creative and chief executive officer, said the move is all about the end consumer. “The changes we are making will allow us to build a closer connection between the experience that we create with our runway shows and the moment when people can physically explore the collections for themselves,” he said.

“Our shows have been evolving to close this gap for some time. From live-streams, to ordering straight from the runway, to live social media campaigns, this is the latest step in a creative process that will continue to evolve,” he added, referring to the myriad digital initiatives that Burberry has been spearheading over the years.

In an interview with WWD, Bailey said the decision had been evolving naturally. “We began live-streaming in 2008-09 and ever since then we’ve been talking directly to a customer about the collections, about the mood, about the music, about the fashion and about the event. But then we’ve also been saying to the customer, ‘You have to fit into the traditional sector thing,’ and it just didn’t feel right and it hasn’t felt right since the beginning.

“I told the teams that we can’t expect a customer to understand our timings because, I mean, it’s silly, which is why we did runway made-to-order collections. You can’t talk to a customer and say, ‘We’re really excited, we’re going to stimulate you and inspire you, but you can’t touch it or feel it for another six months.’ In fashion we talk about ‘a moment,’ and what feels right for the moment. And I’ve always battled with that because the moment is when you’re showing it, but then you’ve got to kind of say is it the right moment five or six months down the line? I just struggled with it. So it’s just trying to say to the customers: ‘You’re really important to us. We’re serving you and we need to change our ways rather than expect you to do these things.’”

Bailey also addressed the global nature of Burberry and how his teams have to design for every season: “We’re a global company. When we stream that show, we’re not just streaming it to people who live in spring/summer climates; we’re doing it for all different climates. So I guess we’re trying to look both creatively and pragmatically at this.”

Burberry, like other big fashion and luxury brands, is also searching for ways to counteract slowing sales growth. Add to that consistently deteriorating sales in the high-margin markets of Hong Kong and Macau and the repeated devaluation of the once mighty yuan as China seeks to boost exports and prod economic growth.

In January, Burberry admitted in a third-quarter trading statement that its results fell short of internal expectations, with revenues flat at reported rates and up one percent underlying.

Sales in the October-to-December period were 603 million pounds, or $917 million, in what Bailey called “a tougher environment than expected” for the sector as a whole.

Burberry said its latest move will “significantly shorten the traditional gap between the runway show and retail availability.”

Asked about the logistics of switching to a buy-now-wear-now business and about the impact the move will have on wholesale and retail partners, Bailey said the process will take time.

“We do not have the answers to everything today. It is certainly new behavior for us, and it will mean that we want to build stronger collaborative partnerships with our wholesale partners because it absolutely is a different way of working. We will be doing things where we invite those partners to see the collection, and that will have to be embargoed. It will just mean a different way of working. But what I love about it is our partners can work with it, they can see it, we can create special packages for them, we can then start saying ‘OK, do we do a special event for your customers where they watch the show live, and then they can shop immediately.’ So then it starts to open up actually a whole new, really exciting world.”

Burberry’s decision comes on the heels of another strategic shift: In November, the company revealed plans to fold its various collections under the single Burberry label. The change was aimed at presenting a cohesive brand experience to the end customer and offering them a simpler way to shop.

Although the company will no longer stage men’s wear runway shows, Burberry said it plans to work with London Collections: Men to create “new ways of playing a significant part in these key moments in the men’s fashion calendar.”

While Burberry may be the biggest and most influential label to herald a new era in showing and selling, it’s certainly not the first to do so — and it won’t be the last. The question now is how thick and fast the changes will come.

Indeed, the British Fashion Council welcomed Burberry’s decision, and also hinted that more change is afoot: ‘The BFC executive board has been talking for some time about fashion shows better connecting to consumers and being a direct driver for retail sales. Burberry is a truly innovative brand and this strategic move shows brilliant leadership from Christopher Bailey and his team in driving this agenda forward. A number of British brands will move to a similar model over the next few seasons,” said British Fashion Council ceo Caroline Rush.

Retailers are embracing the move to more in-season, consumer-focused fashion — and agitating for more change.

“Customers don’t see fashion through the lens of fall or spring, and the whole idea of a season is becoming antiquated,” said Ken Downing, senior vice president and fashion director at Neiman Marcus, told WWD, adding there is a major problem nowadays with customer fatigue.

“You cannot hold a customer’s attention for six months. They are following every move in fashion, which means that by the time a collection arrives in store they are over it. Technology has changed everything. Customers are living in the here and the now, but we as an industry are working with a business model that is 40-50 years old,” he said.

To wit, some of London’s retailers are increasingly tailoring their offer to the different seasons.

“Increasingly, our customers are looking for ‘buy-now-wear-now’ items and we have to respond to that,” said Jason Broderick, Harrods’ director of men’s wear, sports and fine watches.

Scott Tepper, fashion buying and merchandising director at Liberty, said the store has been seeing “a very distinct change in our customers’ shopping patterns” and therefore decided to take some calculated risks for the early spring buys to reflect them.

“It’s no longer viable to offer the customer nothing but lightweight fabrications in December, January and February. We’ve learned there is a substantial customer block that wants newness in everything from overcoats to chunky knits to cold-weather accessories when the weather warrants them — and not before — but he’s bored by carryover fall styles,” Tepper said.

Liberty expects the strategy to lift early fall sales by as much as 30 percent, he said, and has raised its open-to-buy accordingly for brands that have adjusted to the “new reality” of the seasonal shift.

Last month, during London Collections: Men, Selfridges unveiled a special Canada Goose pop-up collection on its men’s wear floor at a time when shoppers can actually use a winter coat rather than, say, a spring wool suit. The pop-up ran until the end of January.

As reported last month, one of the big reasons Giles Deacon decided to leave the London ready-to-wear catwalk behind and show his couture collection in Paris was to accommodate his end-consumer.

He told WWD last month: “With couture, it means I get to show fall in July, with delivery in September. My clients will be getting their pieces in season.”

He also plans to interface with customers more on screen between the seasonal catwalk collections. “Today, it’s all about going to the customer, rather than waiting for footfall in a shop.”

Other London names including Marios Schwab and Matthew Williamson have quit the schedule altogether, opting to work in a different way, with one-on-one showroom appointments and in-season deliveries.

“Right now, I think that a certain fluidity is necessary in regards to how we communicate with the consumer, and I have experimented with different formats recently. The most important thing to me with a presentation is that it communicates the message of the season and the point of view of the collection,” he said.

“On our Web site, we noticed people were buying puffer jackets in the middle of summer and tank tops in the middle of winter,” said Nik Thakkar, a creative consultant and brand strategist who designs the line with couturier Ada Zanditon. “Seasons just don’t work any more and we experienced that first hand.”

Later this month the BFC plans to expand its longstanding consumer-facing showcase, which will take place on Feb. 25, two days after the end of London Fashion Week. London Fashion Weekend will be held at the Saatchi Gallery near Sloane Square, and will feature Emilia Wickstead, Holly Fulton, Mary Katrantzou and Temperley London.

The BFC plans to showcase one designer a day, with the runway show repeated about two to four times throughout the day. The audience reach is likely to exceed 16,000. The designers also sell directly to consumers during the event.

“There is no doubt in future seasons these lines will blur even more as designers opt to do in-season shows. However, we need to ensure those businesses that rely on platforms such as fashion weeks to reach new wholesale partners and media continue to have the opportunity to do so,” Rush said.