The brand will open its largest store in Asia Pacific today, a three-story space in Shanghai’s Kerry Centre. 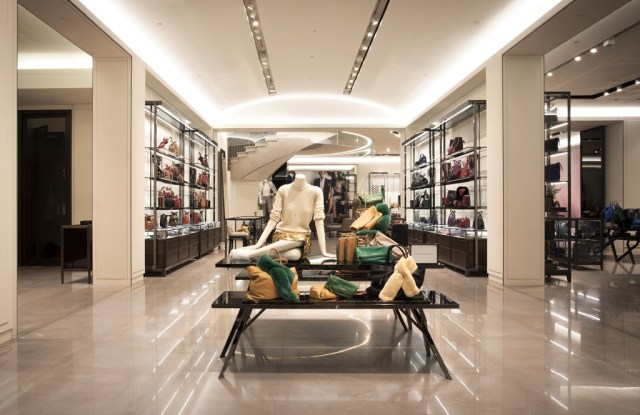 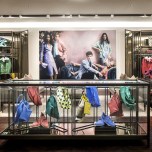 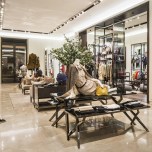 LONDON — Burberry will open its largest store in Asia Pacific today, a three-story space in Shanghai’s Kerry Centre that takes its design cues from the brand’s global flagship at 121 Regent Street here.

The store will offer the broadest range of Burberry’s collections in Asia, including the Prorsum, Brit and London collections for men and women, alongside children’s wear, accessories and shoes. The space will also house the first Burberry Beauty room in China, which will carry the label’s full beauty collection and fragrances, while the store’s watch area will carry designs including Burberry’s Britain collection of men’s and women’s watches. To coincide with the launch, the store will carry an exclusive, limited-edition collection of men’s and women’s ready-to-wear and accessories from April 25, which will include a limited-edition trenchcoat.

Burberry declined to reveal the square footage of the store per company policy.

Given Burberry’s affinity for digital innovation, the label has worked a plethora of digital elements into the store’s design. They include the store’s illuminated, light-responsive glass facade; 40 visual screens throughout that will display campaign, runway and product content, and RFID chips woven into a selection of apparel and accessories, which will trigger mirrors to display video content of Burberry’s products or runway shows.

The Kerry Centre store is Burberry’s eighth unit in Shanghai, after openings in the L’Avenue mall, K11 Art Mall and Hongqiao Airport in the city last year. The opening also follows the label’s investment in China over the past four years, after Burberry bought back its Chinese business from its franchisee there in 2010.

To mark the store’s opening, Burberry will host a launch event April 24, which the label said is intended to be an “immersive” journey through Burberry’s world. The company will also create what the label described as a “parallel experience” of the event for users of the Chinese social network WeChat.

Following the launch event, the brand will continue to hold its Burberry Acoustic events in the store, which spotlight live musical performances.