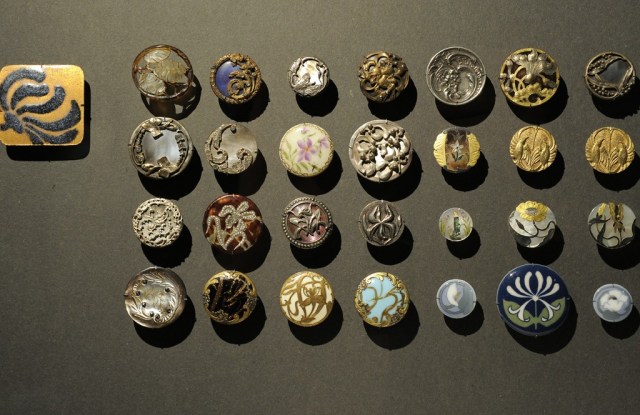 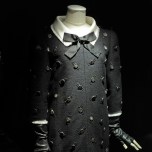 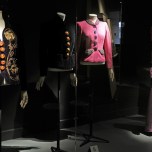 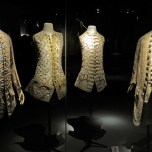 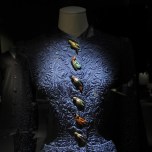 PARIS — Buttons had their heyday in 18th-century France: Lined up on the frock coats and vests courtly men favored, they were often more expensive than the clothes — miniature artworks unto themselves.
Now, buttons are getting the major museum treatment in Paris with a sprawling exhibition at Les Arts Décoratifs, which opened Tuesday and runs through July 19.

“Déboutonner la Mode,” or “Unbutton Fashion,” exalts an exceptional cache of 3,000 buttons the museum recently acquired from collector Loïc Allio, and uses the small object to weave a tale about the history of fashion, decorative arts and even social mores.

Consider, for example, the revelation that French women weren’t really invited to fashion’s button party until the tail end of the 1700s, when a fashion for English design had them donning redingotes over white linen underskirts. These pale next to the elaborate designs men wore with their dense embroideries, gilded buttonholes and fancy buttons that broadcast the wearer’s political leanings, taste for nature or amorous intentions.

The showcase unfurls chronologically over two floors, with most of the buttons mounted in picture frames like insect specimens, allowing close inspection. They also figure on about 100 historical garments and accessories, and are depicted in photographs and sketches, with Christian Dior demarcating their precise placement with his pencil.

Curator Véronique Belloir noted that buttons have been crafted using an exceptional array of materials and techniques over the past two centuries, from Wedgwood-style porcelain and grisaille painting to minuscule mosaics and dioramas.

Buttons switched from an artisanal fixation to an industrial product in the late 1800s, when a town north of Paris became Europe’s hub for mother-of-pearl buttons, employing some 30,000 people. Cards studded with factory output are displayed next to boots, along with the hooks employed to pull buttons through the stiff leather.

Here, Schiaparelli emerges as the heavyweight champion of the artistic button, lining up six hand-painted hummingbirds on a textured navy pantsuit, or gold ones carved by Alberto Giacometti on a black skirt suit — both outfits famously worn by Marlene Dietrich.

Cristóbal Balenciaga was no slouch either, with Belloir pointing to the precise placement of buttons on his architectural suits and coats, one with buttonholes cut on the bias. Paul Poiret also gave pride of place to buttons, introducing asymmetric placements as part of his exotic approach to fashion.

Another room is dedicated to buttons designed by artists including Jean Arp, Sonia Delaunay and Julio González. It was here that Belloir encountered Allio, who said it was emotional for him to see his buttons, collected over a quarter of a century, given such a tribute.

Incidentally, his coat fastened with a zipper.