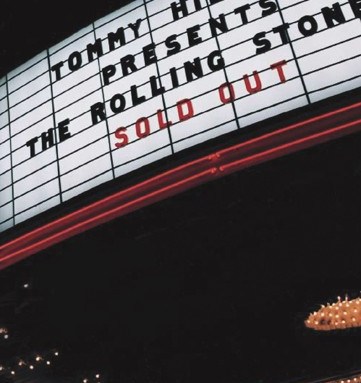 Only Tommy Hilfiger knows for certain whether his life is an open book, but he certainly hopes fans will open the newly published one commemorating his 25th anniversary.

Leafing through the 144-page “Tommy Hilfiger” (Assouline) tome is like flipping through a scrapbook and photo album of the designer’s life, with hundreds of pictures and illustrations. There are images of him hitchhiking in London in the Seventies, fishing with his brothers on Nantucket and at ease with his wife, Dee. Eyeing the better part of one’s life all in one place would be a little disconcerting for anybody, but the passage of time is what resonated most with Hilfiger.

“The emotional part was the realization that my life has gone by very quickly. It seems like we just started the company,” he said.

A snapshot of Hilfiger wearing a denim vest in the late Sixties or early Seventies indicates another fashion era. “I was living in the moment back then,” he unapologetically recalled of his fashion sense at that time.

Beyond trends and his celebrity friends, the hand-bound, limited edition book documents how far the company has come in the past quarter of a century. Hilfiger got his start in fashion by selling bell-bottom jeans out of the backseat of his car and now his label is available in more than 65 countries.

His brother Andy and director of company archives John Burke helped weed through the trove of photos. “It is sort of a historical snapshot of how I started the business, and there are examples of the work,” he said. “There are also a lot of personal sound bites.”

In fact, the handwritten testimonials from Britney Spears, Quincy Jones, Terry Lundgren, Anna Wintour and others are particularly telling. Spears related her first meeting with Hilfiger, in his office, where he greeted her with a pair of jeans Marilyn Monroe had worn in one of her movies. “He said that I reminded him of her, so he bought them for me at an auction,” she said. “I was blown away by that. I still have the jeans, and they’re very special to me, although I must say I’ve caught my mama wearing them a few times.”

Wintour recalled working together on the Costume Institute’s “Rock Style” show in 1999. Hilfiger “intrinsically understood fashion’s place in the entertainment world — and vice versa,” she said.

Lundgren described getting to know Hilfiger after relocating to the East Coast to take on the role of chairman and chief executive officer of Macy’s Merchandising Group. Aside from their business dealings, the pair saw each other from time to time at their daughters’ school. Lundgren said of the designer: “He always found time to attend special events for his children. He set a high standard and a good example for me and other busy fathers.’

And apparently Hilfiger has the promise of a second career, should he ever tire of Seventh Avenue. Recalling Hilfiger’s impersonations of celebrities and fashion types over dinner one night at the Waverly Inn, Lundgren wrote: “OMG — if he ever decides to stop designing clothes, he will always have a career as a stand-up comedian.”