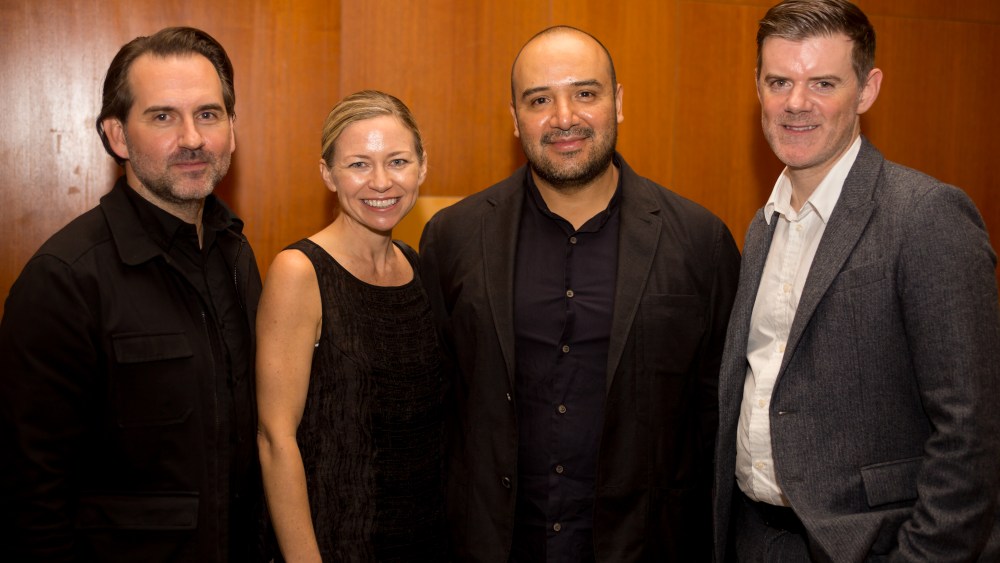 Cadet and Haus Alkire were the first- and second-place winners, respectively, of the fourth class of Design Entrepreneurs NYC, sponsored by the New York City Economic Development Corp. and the Fashion Institute of Technology.

Some 25 participating companies (from 350 applicants) were narrowed down to 12 finalists who presented their business plans to a panel of industry judges Thursday night. The final four then presented their plans to the industry executives and media before the judges made the final selections.

The first-place winners, Raúl Arévalo and Brad Schmidt of Cadet, a men’s wear company that launched women’s for spring, will receive $100,000 to implement its business plan.

Second-place winners Jason and Julie Alkire of Haus Alkire, a women’s wear company, went home with $50,000 to implement their business plan. The second-place award was provided by Michael Gold, president of YM Inc., in honor of his father, Israel Goldgrub.

Cadet is a 2015 finalist for the CFDA/Vogue Fashion Fund award, and was also a Woolmark Prize finalist this year. Haus Alkire won the 2015 Fashion Group International Rising Star Award for women’s wear, as well as the Ecco Domani Fashion Foundation Award in 2012.

Cadet’s Schmidt told WWD, “This is really business-plan focused and business-intensive. We had to create a full business plan, a five-year projected P&L, and 18-month cash flow. It’s different than some of the other ones [fashion competitions] because it is very much about your strategy for building a brand. For them to recognize the potential in us in very significant. These are industry professionals who are well-respected.”

Cadet is self-financed. It has three stores, one in Williamsburg, Brooklyn, and two in Manhattan, and launched wholesale for spring. “We have spent three-and-a-half years developing our brand and our point of view, and making sure we had our process down and our manufacturing partners identified so we could be better able to handle wholesale,” Schmidt said. He said wholesale is one of the company’s key strategic items in its business plan. He plans to use the money to hire a retail store manager for its three stores.

Jason and Julie Alkire told WWD they will use the money to hire someone to help them expand their wholesale distribution.

“That really is the third position that we need,” said Jason. “This competition is like going back to school. You can get myopic and think design, design, design. This program allowed us to put down our plans on paper and see what we need to do to grow.”

As part of the NYCEDC and FIT program, some 25 businesses participated in a free intensive, “mini-MBA” program (from May through October) that teaches emerging New York-based fashion designers how to run a successful label. DENYC courses focus on marketing, public relations, operations and financial management specifically within the fashion industry.

This year’s prize money, which increased from $25,000 and $10,000 respectively in 2014, was a result of the fashion industry’s commitment to the program and emerging designers. Through the leadership of founding sponsor G-III Apparel Group Ltd., companies that now support DENYC include Macy’s Inc., PVH Corp./Calvin Klein, Kenneth Cole, Cole Haan and Ivanka Trump. The program, envisioned by NYCEDC as part of its efforts to support the city’s fashion industry, is housed at and operated by FIT.