Brand has clocked 50 percent annual sales growth over the last two years and now has more than 200 freestanding stores in Mainland China. 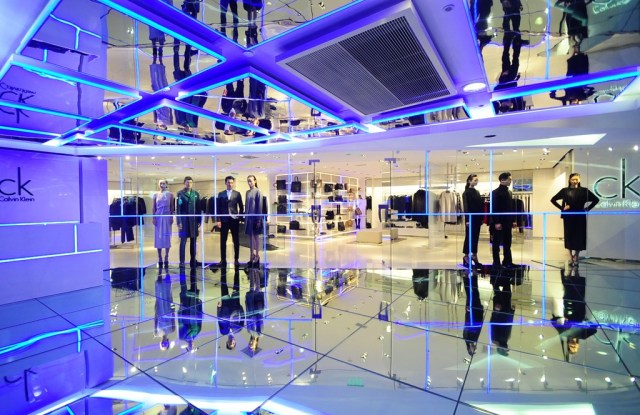 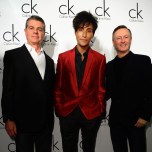 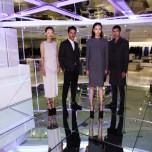 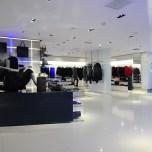 “There’s a lot of discussion about the economy slowing down here and we’re not seeing it. Slowing down to 9 percent [growth] is not very much slowing down,” Murry said.

The brand now has over 200 freestanding stores in Mainland China, encompassing stand-alone Jeans, Underwear, ck Calvin Klein and one Calvin Klein Collection shop in Shanghai, as well as scores of other third-party-operated shops-within-shops, for total projected sales of about $350 million in China this year.

The brand’s reach has gone beyond the main cities of Beijing and Shanghai to second-tier Chinese cities including Hangzhou and it is now even putting “feelers” into the so-called third-tier cities, Murry said.

The 2,100-square-foot Beijing flagship in China World, described as a “high productivity” location, has been refashioned from its previous gray-on-gray theme to a new white-on-white look, designed to soften and brighten while maintaining a crisp, modern feel. Stores in Hong Kong and Singapore have also moved to this new concept, with future stores to follow suit.

“I think it’s really important as a consumer to enter a store and feel complicity in tune with the brand DNA,” Carrigan said of the concept, which takes inspiration from the brand’s John Pawson-designed Madison Avenue flagship.

Though overall the company aims to maintain consistency in the global brand image, there are nods to Asian influence including the recurring use of reds — the color of good fortune — as well as Asian-sourced silks and cashmeres. Local adaptations include tailoring to local sizes and accommodating local climate with fabric weight, as well as special edition items including handbags and, a particular favorite of Carrigan’s, a special line of Chinese New Year themed polo shirts.

Murry and Carrigan were next traveling to Tokyo to take part in the city’s Fashion’s Night Out festivities on Saturday and hold court at a ck Calvin Klein pop-up store in Aoyama that will be open for just one day. Echoing a sentiment expressed by other fashion and luxury executives, Murry downplayed the March earthquake’s impact on the company’s sales in Japan. He said Calvin Klein was anticipating flat sales before the disaster and is on track to meet that target.

“It’ll be about that [flat] or even a little better. I’m a little surprised by the resilience there, pleasantly surprised,” Murry said.