Calvin Klein Shows Off in Seoul 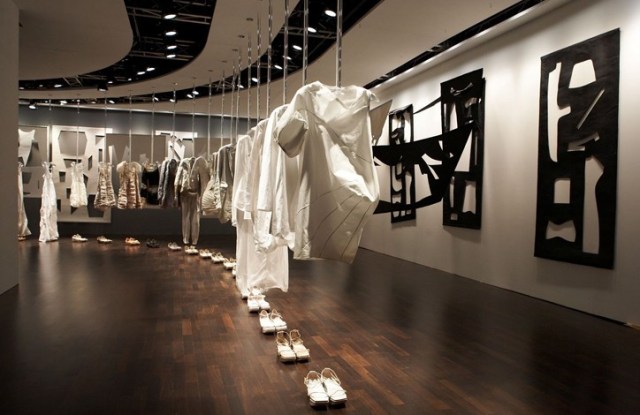 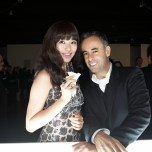 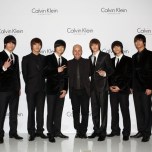 The party attracted a bevy of local celebrities including actresses Ye-Jin Sohn and Eun-Hye Yoon. Costa and Zucchelli said they enjoyed being in a country where people take fashion very seriously. Calvin Klein sells about $200 million worth of product a year in South Korea, and Costa said he was pleasantly surprised to see older Korean women shopping for his clothes.

“We can all see a lot of growth,” he said. “There is a conscious effort to deliver clothes to the Korean market that [are] a little more reflective to the body types, much shorter jackets. Dresses with the waist a little higher.”

Zucchelli, who escorted the makeup-wearing members of Korean boy band 2PM into the venue, said he was impressed at how Korean men are “not afraid” when it comes to fashion. “They like to wear the special pieces,” he observed.

Murry is much more familiar with the country since he’s been coming here since the Seventies. “Of all the countries that we operate in, I can’t think of a country that’s more fashion-driven than Korea,” he said. “It’s important to look great here. The face, cosmetics, hairstyles, accessories, apparel. The whole look.”

Calvin Klein has 300 stores in Asia after opening 60 this year, the executive said, adding the brand’s sales in Asia have reached $1 billion. In South Korea alone, Calvin Klein has 93 stores. Murry said affluent Korean buyers of Calvin Klein have similar tastes to their counterparts in Europe, the Middle East and the U.S. “That luxury consumer is the most homogenous of the consumers we sell to,” Murry said. “They travel around the world, they go to the same resorts, read the same magazines, eat at the same restaurants. As you drop down the price range, the more regional specialization is required to be successful.”

Speaking more broadly, Murry said the company plans to push global sales above the $6 billion mark in 2010. This year, Calvin Klein will spend $250 million on marketing efforts and plans to increase its budget for next year, the executive said. Murry also revealed Calvin Klein will report better sales and net profit this year than in 2008, although he declined to give specific numbers.

Korean-American artist Shin returned to the land of her birth to provide a unique backdrop for the festivities. Shin hung fabric cut out of Costa’s spring dress patterns from the ceiling of the venue to frame a display of the designer’s clothes. “I admire Francisco’s work. I have always liked the quality of his fabrics, his deconstructed form and his unconventional layering,” Shin said.

On the other side of the room, Zucchelli’s men’s wear collection hung in front of a wall that displayed a video of his runway show. Wakefield, who was not present at the event, curated the video installation and helped select the looks on display. “It really puts a spotlight on the brand,” Murry said of the collaborations with the artists. “It’s a very unique way to present our fashion.”