The holiday windows for ck Calvin Klein, Calvin Klein Jeans and Calvin Klein Underwear stores will be unveiled globally with a new twist: a sound experience. 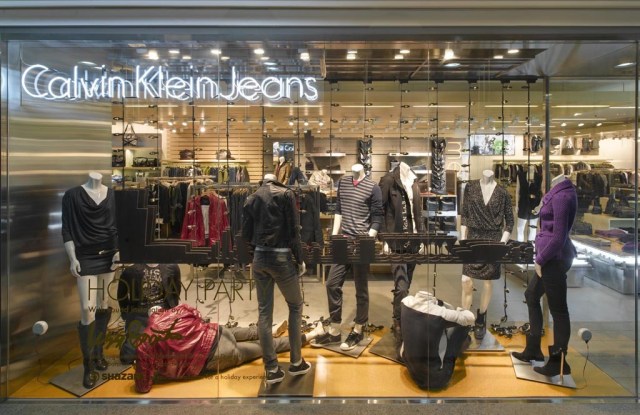 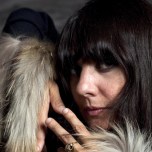 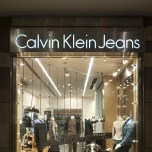 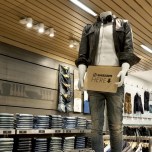 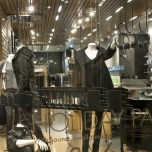 The holiday windows for ck Calvin Klein, Calvin Klein Jeans and Calvin Klein Underwear stores will be unveiled globally this week with a new twist: a sound experience.

A specially commissioned sound installation by experimental performance artist Lizzi Bougatsos and guitarist Josh Diamond of Gang Gang Dance will be featured at over 660 stores in collaboration with Art Production Fund. APF is a nonprofit organization that produces public art projects that expand awareness through contemporary art.

The original song and unique sound installation — “Holiday (DOPE XXXmas)” — will present seasonal lyrics and rhythmic beats inspired by a “Holiday Party” theme across all three brands’ store windows worldwide in North America, Europe, Asia and Australia. The tune can be heard from speakers in store displays as well as ultramodern headphone stations.

Key Calvin Klein Jeans and Calvin Klein Underwear store locations in the U.S., U.K., Italy, Spain, Germany, France, Russia and Hong Kong will also have interactive displays for customers to use Shazam Integrations, a leading discovery application, with the song. The new technology allows smartphone users to tag the track in the installation and receive a customized result that can range from an in-store promotion to a complimentary download of the song or exclusive Calvin Klein holiday wallpaper for select mobile devices. This will be a unique execution for Shazam, as the partnership marks the first in-store-only program utilizing the technology. The free track is also available for download at calvinkleininc.com/holidayparty.

The global window installation, which was overseen by Dale Rozmiarek, senior vice president of creative services at Calvin Klein Inc., will remain on view through the holidays at freestanding stores worldwide.

“I dreamed of my ultimate holiday dinner experience when I was writing this song. I wanted the track to be spoken word and have a stand-up feel, so I asked Josh to join me. I knew he would be able to create the perfect, smooth mood,” said Bougatsos. “Most of the vocal effects were recorded in the studio, but Josh also added some with his guitar synthesizer. He can emulate almost any instrument with it.”

This is her first venture with a major fashion house.

“This was my first collaboration with a fashion house as big as Calvin Klein. I personally love their enthusiasm and desire for being risky. I felt very free working with them and that was a pleasure,” explained Bougatsos.

Bougatsos and her band have become a fixture in New York’s art scene, performing at galleries, museums and art fairs, as well as at clubs and music festivals. Performing for the Calvin Klein company and its brands is a hard act to follow. What is her next step?

“Gang Gang Dance is going to record an EP, hopefully somewhere warm and tropical, like Miami,” she said. “I am going to do a lot of musical collaborations in the studio, including a live duet with Alexis Taylor. I would also like to choreograph my next music video. Beyond that, I hope to visit Africa, relaunch a collection I designed for a Japanese fashion company, and patent my personal, signature scent through a fragrance deal.”