The shop at 70 Wooster Street is a collective space with a distinctive point of view. 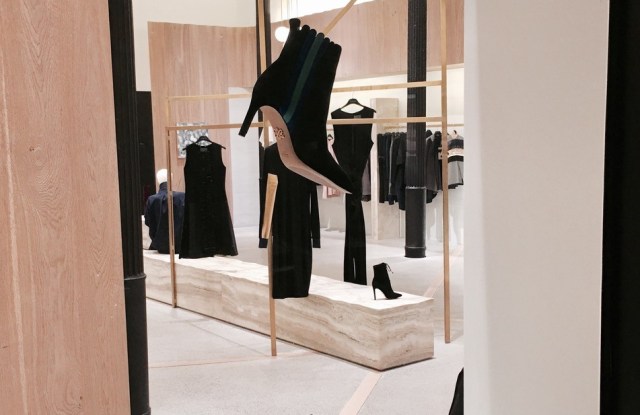 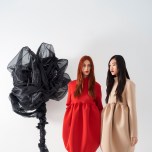 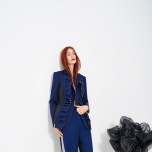 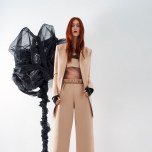 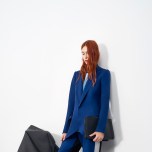 Canadian luxury brand Maison Marie Saint Pierre has opened its first pop-up shop in New York. The shop, which opened Friday and will remain in business until Oct. 30, is based at 70 Wooster Street and coincides with the brand’s 30th anniversary.

The Montreal-based company, which has a flagship in Wynwood, Miami, has a growing presence, with 100 points of sale across Canada and the U.S.  Saint Pierre’s U.S. accounts include such specialty stores as Elizabeth Anthony, Julian Gold, Gus Mayer, Barbara Jean and Betsy Fisher. In Canada, the brand can be found in Holt Renfrew, Hangar9 and Blu’s, as well as two of her own boutiques in Montreal.

The SoHo pop-up, which is hosting an event at the store tonight, is a collective space. The brand partnered with Lampi Lampa sculptural lamps, Zvelle footwear, contemporary artist Fran Lamothe and OOB Magazine, which will also feature their latest creations in the boutique.

Maison Marie Saint Pierre sought partners with a complementary aesthetic and vision. The pop-up spans 4,000 square feet. The designer’s fall collection and Atelier (which arrives next week) are being featured.

Marie Saint Pierre described her line as “experiential luxury.” She uses a lot of technical fabrics, and her collection has “nothing lined,” so she hides all the structure.

Explaining that her clothing is comfortable for a woman who needs to move and also has a feminine touch to it, she said: “I dress women who are very active in their lives.” Her collection often hangs near French luxury brands such as Lanvin and Céline.

As a Canadian brand, Saint Pierre has had to adapt her collection to warmer climates such as Florida and has changed fabrics and colors accordingly. Naturally, the company has always sold well in Chicago, New York and the northern tier of the U.S. Saint Pierre does all the manufacturing in Montreal from luxury fabrics that she buys in Italy and Japan.

Saint Pierre aims to open a second store in the U.S. and would like to find an “artsy” neighborhood. “I like to be close to areas that are governed by the arts, more than fashion. It’s hard to compete with the huge brands that have unlimited budgets to open their stores. It’s very hard to put your store next to them. It’s really a challenge. Even American designers, it’s the same thing. They are so powerful,” she said.

The company’s Wynwood store in the art district of Miami has a unique space near the galleries, she said. Saint Pierre frequently dresses women who are attending events at the White House, going to the Oscars or giving talks at MoMA or universities. “I dress a clientele that has a very busy life and do have occasions to wear this clothing for their events,” she said.

Saint Pierre stopped selling European accounts to concentrate her expansion efforts on the U.S. “We are struggling just to produce the orders we have. It’s always a battle to make sure you can produce everything.…We can’t grow much faster than we are. In the luxury business, the clothing demands a lot of attention. You have to be perfect.”