Carine Roitfeld, who convinced Karl Lagerfeld to put his face on a T-shirt as part of his landmark 2004 collaboration with H&M, is putting her portrait on knits as part of a new capsule for the late designer’s namesake brand.

Dubbed Karl According to Carine, the compact collection also features an unexpected color — fuchsia — which Roitfeld blends with her beloved black.

“I think this is not totally the Carine people are expecting,” she said. “One of Karl’s life rules was to do something people don’t expect from you.”

That said, she added, “I can see a lot of Karl in the designs. Because I spent so much time with him, it’s impossible for me to do anything without thinking of him.”

Indeed, the portrait that will appear on sweatshirts and T-shirts — all floppy hair and one raccoon eye — was shot by Lagerfeld himself. The capsule line is slated to arrive in Karl Lagerfeld stores, online and at select specialty retailers in November.

Last month, Roitfeld was named a style adviser at the Karl Lagerfeld fashion house, which clarified its creative succession in the wake of the German designer’s death on Feb. 19. As reported, the French editor, stylist and entrepreneur is working in tandem with design director Hun Kim, who had been handpicked by Lagerfeld and has been working quietly behind the scenes since August 2015. Her initial contract with the house is for three seasons and could be extended.

Earlier this year, Lagerfeld tapped Roitfeld as a serial collaborator, with the first volley being her selection of “essential pieces” from the designer’s fall 2019 collection, hitting stores in September. That effort is dubbed The Edit by Carine Roitfeld.

About a week before his passing, Roitfeld told WWD she would reduce her role in the biannual CR Fashion Book print magazine she founded in 2012, letting a new generation take the reins and doing far less styling of shoots and curation of editorial, freeing her to focus on other projects. These include the launch of Roitfeld’s first signature fragrances, which will be available exclusively on Net-a-porter starting May 6.

One day ahead of the launch, Carine Roitfeld Parfums, seven genderless scents inspired by fictional lovers from around the world, will be showcased at a pop-up in New York designed by Etienne Russo, the fashion show producer.

“It’s very difficult to talk about perfume. People don’t get it,” Roitfeld told WWD. “When you have a story to tell, it’s exciting to buy a perfume. When I was doing fashion stories, there was always a story behind the fashion. I’m not a film director, I’m a storyteller.” 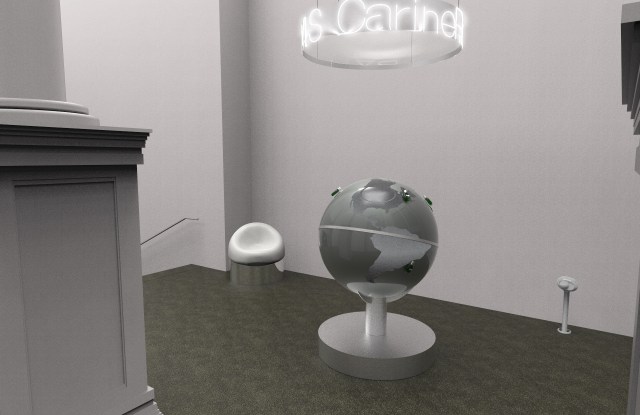 Roitfeld’s pop-up opens at 158 Mercer Street for one week. Activations include a panel discussion on fragrance, hosted by Roitfeld, and a Mother’s Day brunch, hosted by Roitfeld’s daughter, Julia. On opening day, 200 limited-edition T-shirts, made in collaboration with Yeezy, will be handed out between 2 and 4 p.m. Roitfeld will be on hand to sign them.