The stylist and editor is to work in tandem with design director Hun Kim at the fast-growing company. 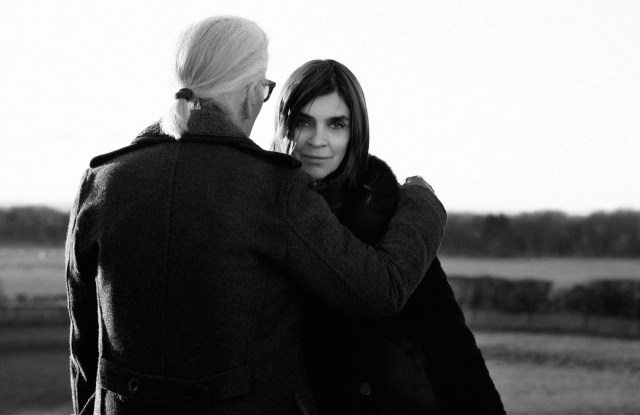 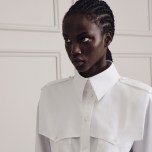 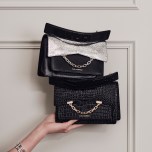 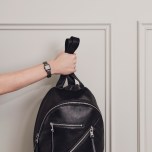 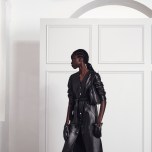 Clarifying its creative succession in the wake of the German designer’s death on Feb. 19, the fast-growing Lagerfeld company said Roitfeld would work in tandem with design director Hun Kim, who had been handpicked by Lagerfeld and has been working quietly behind the scenes since August 2015.

Roitfeld’s new role at Lagerfeld is effective immediately and runs for three seasons. Pier Paolo Righi, chief executive officer of Karl Lagerfeld, noted the collaboration was forged in the spirit of the founder’s penchant for freelancing, and could be extended.

One of France’s best-known and accomplished stylists and editors, Roitfeld had collaborated with Lagerfeld closely for the last 15 years, from his groundbreaking one-off collaboration with H&M in 2004 that set the template for high-low fashion tie-ups, to book projects and advertising campaigns for Chanel and, more recently, the Karl brand.

In fact, it was she who suggested Lagerfeld put his face on a T-shirt in that famous H&M collection, propelling his fame to new heights and foreshadowing that the designer’s graphic personal style and likeness would become a key ingredient of success at his signature house.

Since repositioning the brand in the “masstige” zone in 2010, it has expanded rapidly to about 150 stores worldwide — including freestanding company-owned units, franchises and shops-in-shops — plus online sales in 96 countries.

Righi told WWD the company logged growth of about 40 percent in the year ended March 30, on top of a similar pace in fiscal 2017.

“We still see strong double-digit growth for next year, and we’re bullish on a like-for-like basis,” he said, describing an energetic, driven atmosphere within the company. “We’re very dedicated and proud to take Karl’s legacy forward as the custodians of his name.”

In an interview, Righi said Lagerfeld did not define a succession plan, but had “set in motion” a configuration heavily implicating Kim, whose artistic sketches Lagerfeld very much appreciated and whom he trusted implicitly, and Roitfeld.

Earlier this year, Lagerfeld tapped Roitfeld as a serial collaborator, with the first volley being her selection of “essential pieces” from the designer’s fall 2019 collection, hitting stores in September. At the time, the company characterized Roitfeld as an “integral contributor to the Karl Lagerfeld brand.”

About a week before his passing, Roitfeld told WWD she would reduce her role in the biannual CR Fashion Book print magazine she founded in 2012, letting a new generation take the reins and doing far less styling of shoots and curation of editorial, freeing her to focus on other projects. These include the launch next month of an eponymous perfume line.

In an exclusive interview, Roitfeld stressed she would not design collections, but provide creative input and ensure that clothes and accessories are in the right spirit — sharp, contemporary and lighthearted, like Lagerfeld himself.

“I know all the Karl codes, so I want to make sure we feel a bit of Karl in the collections,” she said. “Even though he was German, Karl had French taste — sophisticated, always very feminine.”

He was also forever in search of the new. “Karl loved new techniques in materials,” she noted. “It’s not an homage. This is more like ‘Karl is still here’ and playing with the collection with a sense of fun and modernity.”

The first collection under Roitfeld’s purview will be for spring 2020 and it will celebrate Bauhaus, one of Lagerfeld’s favorite artistic movements, marking its centennial in 2019. Lagerfeld had already identified Bauhaus as the theme before Roitfeld’s arrival. Looking ahead, “I will try to find something from the legacy of Karl,” she said. “He had so many ideas, we can surprise you next season.”

To be sure, Lagerfeld and Roitfeld were kindred fashion spirits. Practically allergic to sweat pants, both upheld a belief that dressing well is an expression of politeness and esteem best expressed with sharp, expert tailoring and impeccable footwear. Each had a uniform of sorts: his a dark suit, high-collared shirt and necktie; hers a pencil skirt, taut sweater or blouse and killer heels.

Roitfeld’s first brush with Lagerfeld was as a model, impersonating Italian heiress Marchesa Luisa Casati in a fashion story lensed by the designer for The New Yorker in 2003.

Roitfeld marveled that the designer — synonymous with elite luxury brands Chanel and Fendi — dared to collaborate with H&M the next year, with television ads playing off the incredulity of a renowned couturier hawking cheap clothes.

“It seems so very normal today for designers to do such collaborations, but he was the first. What I learned from Karl is to always be the first one,” she said.

Roitfeld discovered their complicity in conceiving fashion imagery when she was editor in chief of French Vogue and dedicated an issue to Chanel, where Lagerfeld had been couturier since 1983. Roitfeld recalled she conscripted models Claudia Schiffer and Eva Herzigova to don a range of designer jackets in front of Lagerfeld’s camera. They shared a decisive nature, a passion for photography and precision in silhouettes, from armholes to shoulder lines.

She began styling Chanel campaigns in 2011. The first featured Danish model Freja Beha Erichsen in a photo booth adopting a range of personas. Roitfeld said Lagerfeld always pushed her to find new ways to interpret his collections distinct from the runway conception, reflecting his urge to constantly innovate. “He liked me to surprise him,” she said. “Karl was someone who didn’t like to be bored. He wanted to have fun.”

Perhaps their most visible collaboration was “The Little Black Jacket: Chanel’s Classic Revisited,” a book they coauthored and promoted with a tour of exhibitions and events that stretched across 2012 and 2013 and more than a dozen cities. Published by Steidl, the black-and-white tome featured a galaxy of famous people wearing Chanel’s signature, cardigan-style tweed number, including Schiffer, Uma Thurman, Kanye West, Tilda Swinton, Yoko Ono and Sarah Jessica Parker.

The woman behind Tom Ford’s steamiest days at Gucci, Roitfeld is also behind CR Men and a creative content firm dubbed CR Studio and is the global fashion director for Harper’s Bazaar. On June 3, Roitfeld is to receive the Founder’s Award from the CFDA.

She said she spies enormous potential for the Karl Lagerfeld fashion house.

“For me, the name of Karl Lagerfeld is the best name ever.…People 20 years old in the street know Karl and love Karl,” Roitfeld said. “I want that he’s proud of what we’re doing with his team under his name.”
Hun said “a collaborative spirit was at the heart of Karl’s work ethic, and we will continue to embrace this mentality with our collections and the way we work together.”

According to his LinkedIn profile, Hun was creative director at Tommy Hilfiger for three years before joining Lagerfeld. His résumé also includes stints at Polo Ralph Lauren in New York and at Converse by John Varvatos, Anthropologie and Abercrombie & Fitch.

Hun, Roitfeld and the design team have been charged with celebrating Lagerfeld’s design esthetic and bringing it to life.

Righi noted that Roitfeld — with her floppy hair and raccoon eye makeup — personified the Lagerfeld brand’s “Parisian rock chic” esthetic, and would provide seasonal inspirations and references, accompanying the creative team throughout the development of collections and providing input and guidance.

While leather goods have been the driving force in Lagerfeld’s rapid expansion, Righi noted that ready-to-wear outpaced bags in terms of sales growth in fiscal 2018, and that revenues are now at “about the same level. Footwear is also coming along very nicely.

“There are so many companies and brands in our price segment that don’t have the luxury of a great designer name behind it,” he added.

Righi said the company would charge ahead with retail expansion, accelerating openings in China and pushing further into Eastern Europe and the Middle East this year.

At the end of 2019, a 270-room Karl Lagerfeld hotel — with one presidential suite — is slated to open in Macau with Sociedade de Jogos de Macau, or SJM, the gaming concessionaire.