SYDNEY — Eleven hundred people packed St. Mary’s Cathedral on Thursday morning for the state funeral of Australian fashion designer Carla Zampatti, who died on April 3, a week after a catastrophic fall at an outdoor Opera Australia production of “La Traviata.”

Many of the women who attended turned out in Zampatti’s signature tailoring and jumpsuits. 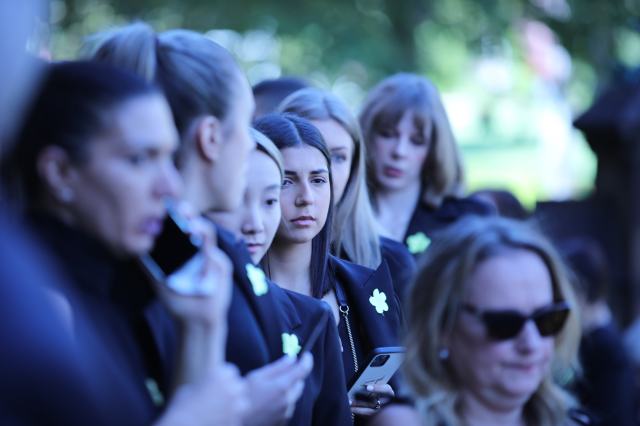 The Archbishop of Sydney Dr. Anthony Fisher, led the tributes during the one-and-a-half-hour service, nodding to the significance “that a nine-year-old girl could arrive from Italy with no English and limited education and rise to great heights in this country, joining millions of other newcomers in enriching our shores while enjoying its opportunities.”

After founding her label in Sydney in 1965, Zampatti established a chain of boutiques across Australia — which numbered 26 at the time of her death — whilst enjoying a parallel board career that embraced companies as diverse as Westfield Holdings, McDonald’s Australia, the multicultural public broadcaster SBS, the Sydney Dance Company, the Australian Multicultural Foundation and the European Australian Business Council. Her many accolades include the Centenary Medal, the Australian Fashion Laureate and the Order of Australia, the country’s highest civilian honor.

“Mum loved Australia, her adopted home and what she loved most about it were its freedom and opportunity,” said Alexander Schuman, the chief executive officer of Carla Zampatti Pty Ltd., who said he and his sisters learned much from working in the family business during school and university holidays from the age of 10.

“CZ is what we all called the family business,” he added. “We referred to it as our other sibling. Sometimes, the favorite child.”

Design, said Bianca Spender, who helms her own successful fashion line, was Zampatti’s “first and true love. She was alive to beauty in any form. Dance, visual arts, fashion, architecture, music. The creativity of others genuinely inspired and uplifted her.”

“She was an incredibly successful, determined person and really put Australian fashion on the map in a big way and it will never be forgotten,” John Howard told WWD after the service. 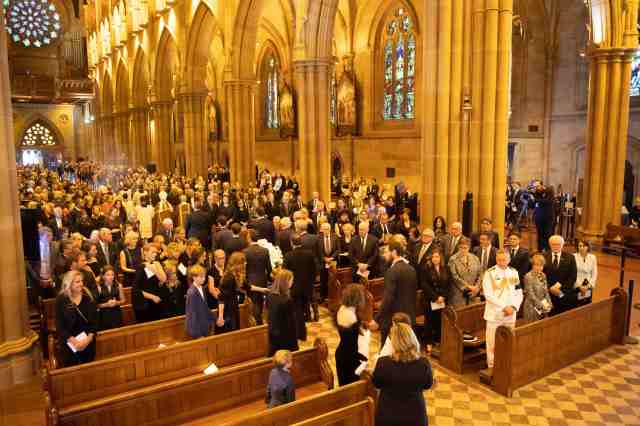 “For me the strongest thing was the example Carla set to women,” said Hermès Australia managing director Karin Upton-Baker. “I really felt that she lit the path for so many women, of the combination of working and family, which was extremely challenging, and she showed that there was a way to make it happen. I met her very early in my career at Vogue in the early ‘80s. Her generosity of spirit I think is probably the thing that we all remember most about her, which moves beyond all her incredible public achievements.”

Natalie Xenita, newly promoted within IMG to the position of vice president and managing director of IMG Fashion Events and Properties, Asia-Pacific, said a Carla Zampatti tribute is being planned for the next edition of Australian Fashion Week, which is due to run from May 31 to June 4 at Sydney’s Carriageworks.

The tribute could, moreover, potentially become a component of the event, said Xenita, and quite possibly connected with emerging fashion talent, of which Zampatti had always been particularly supportive. In 2018 Zampatti launched the Carla Zampatti Foundation Design Award, in collaboration with the University of Technology Sydney, to give fashion and textiles graduates funding to pursue international postgraduate studies.

With a runway show backed by the Australian Brandenburg Orchestra, Zampatti closed the last Australian Fashion Week on May 16, 2019 — the 2020 iteration having been canceled due to COVID-19.

“It’s such a nice memory to have,” said Xenita. “I think we’ll all remember that show as one of the key moments in the event’s 25-year history.”