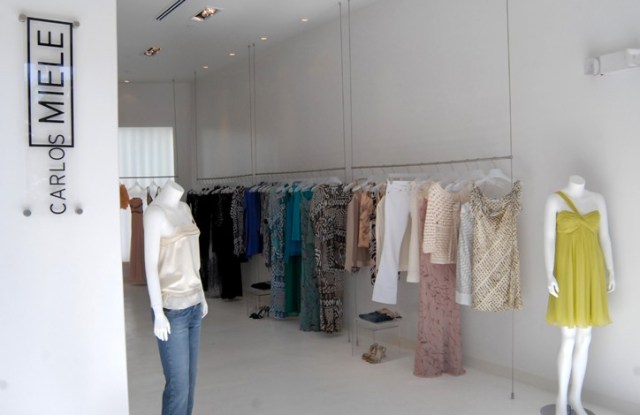 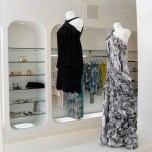 The opening of a Miami-area boutique at the Village of Merrick Park through franchise partner Alex Berger, a Brazilian hotelier-turned-retailer, is the start of a growth plan that is to culminate in an initial public offering in about two years, Miele said.

Miele, who shows his collection Wednesday during New York Fashion Week, said in an interview at the Ritz-Carlton South Beach that he was unable to discuss IPO details because of a confidentiality agreement. However, he added that two potential investors are big players in Europe and the U.S., and the decision comes down to strategy.

“Americans are more aggressive, so the company would grow faster,” Miele said. “But Europeans are more concerned with quality.”

The designer, who last month married Brazilian model Renata Castro — she is expecting the couple’s first child, a boy, Leonardo — has operated solo for 17 years. He generated total sales of $170 million last year with projections for $250 million this year. “I’ve made my mistakes and have achieved international recognition….I’m ready to go global,” he said.

Miele’s holdings include M. Officer, a women’s and men’s denim brand limited to Brazil. The division has 50 company-owned stores, 80 licensed locations and 600 wholesale accounts. For his eponymous designer collection, there are five company-owned stores in New York, São Paolo and Paris; a licensed shop in Belo Horizonte, Brazil, and wholesale accounts in 24 countries at retailers such as Harvey Nichols, Neiman Marcus, Saks Fifth Avenue and Intermix.

Miele, the diffusion line that launched in 2006, is sold through three company-owned boutiques in Brazil and wholesale accounts in 27 countries, many of which carry the primary collection. Considered a Miele branch, Miami stocks 70 percent diffusion line versus 30 percent designer. But Berger plans a 50-50 ratio within two seasons.

“After New York, Miami has the most black-tie events of any American city, so we’re expecting greater demand for designer gowns,” Berger said.

The 1,385-square-foot Miami space with white surfaces and rounded edges is a pared-down interpretation of architect Hani Rashid’s New York and Paris store designs for Miele. The result is backlit walls and shelves, midcentury-modern and Philippe Starck furnishings and the absence of a cash wrap.

“Only half of first-time visitors to my shop recognize our name; the rest come in after seeing our windows,” Berger said.

Since many shoppers are exposed to the line through the red carpet, Berger hopes to spread the word about less expensive and casual merchandise. For example, Miele will stage a fashion show at the Biltmore Hotel in Coral Gables, Fla., on Sept. 22, followed by the next night’s opening party at the store.

Among the pieces that have resonated with Miami customers are a black tank minidress with a crochet overlay that can be worn separately as a beach cover-up, for $560, and a kimono tunic in a rose and cocoa zebra-printed silk that also works for day or night, for $320. For fall, a one-shoulder gown with crisscross banding and a crinkled bodice in gunmetal gray silk taffeta, for $5,000, is featured. Berger plans to preview many fall designer pieces during a mid-October trunk show in Miami Beach.

“Around that time, women here buy all their gowns at once for high-season galas,” he said.
Berger didn’t order many shoes, aside from a few, such as a peep-toe pump in gold crochet with matching ring decoration from Miele for $320, because Jimmy Choo is next door. There are belts and clutches, too, for last-minute, special occasion or Friday night outfits.

Regarding first-year sales projections of $2 million, he said: “We’ll do better than average for this center, but not as well as Choo.”

The brand is active with retail expansion beyond Miami. In June, an 8,000-square-foot flagship designed by Miele opened in São Paolo. For the store’s concept, he elaborated on his penchant for nonlinear organic shapes with art installations inspired by Brazilian landscape designer Roberto Burle Marx. A Los Angeles store on Melrose Place with collections, as well as a new denim division, is planned for next year.

“I have to be in all the capitals, like Paris is the one for fashion, Miami for Latin America and L.A. for celebs,” said Miele, who is also considering Las Vegas. “I hope to open 20 Miele stores worldwide by the end of 2009.”

In addition, a fur collaboration of 20 looks through a license with Saga hits stores in October, and a men’s wear collection for Miele is slated for late this year.

The designer has residences in New York and Paris, but his heart is in Brazil and he’s committed to charities aiding poor communities. All operations, from fabric development to construction, are done in Brazil, although he is thinking of producing his denim line in Los Angeles. “But the creative side will always be back home with me,” he said.