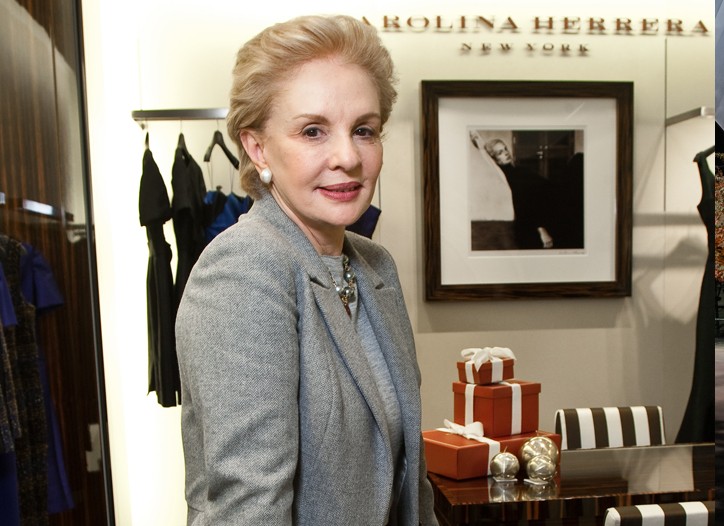 New shopping habits spawned by the recession do not faze Herrera. Despite economic challenges, Russia has the world’s fourth-largest luxury market.

“Instincts make women buy things they do not need,” she said. “Two years ago, they were ready to purchase three dresses. Now they get one — but they still buy. At the moment, I have 130 doors and 59 stores all over the world, and next year I am planning to open 25 new stores. And it is quite possible that Russia will be in this 25 list.”

Herrera is on the third floor, where neighbors include brands such as Prada, Yves Saint Laurent and Donna Karan.

The opening of the shop-in-shop was followed by the show of the spring collection that was attended by VIP guests such as producer Yana Rudkovskaya and TV performer Ekaterina Odintsova. They were mainly interested in Hollywood-inspired evening gowns, carefully chosen by Tsum buyers.

The designer visited Russia previously to launch her fragrances in the market, a potent marketing tool for the brand in the country.