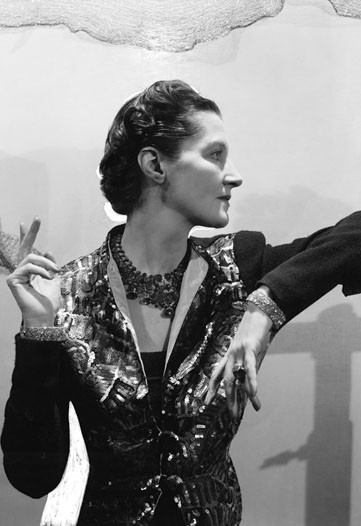 SAN FRANCISCO — A 100-years-in-America retrospective of Cartier jewelry and clocks opened here Saturday at the Legion of Honor fine arts museum, where several pieces, like Princess Grace of Monaco’s diamond wedding ensemble, are on public display for the first time.

“The Art of Cartier: Master Works from the Cartier Collection,” chronicles a century-long love affair between American high society and Maison Cartier, since the Paris jeweler opened a New York outpost to be closer to its growing roster of elite U.S. customers among industry barons.

“Cartier was a bridge between European aristocracy and the new U.S. aristocracy,” said Pierre Rainero, the maison’s director of image and style.

“It’s an amazing collection of jewelry, and the opportunity to put [Cartier] in an American context,” said curator Martin Chapman.

Also on display for the first time is the iconic diamond, emerald, ruby and citrine flamingo brooch given to Wallis Simpson in 1940 by her husband and frequent Cartier customer, Prince Edward, Duke of Windsor, who abdicated his thrown as England’s king to marry the twice-divorced American socialite.

Cartier’s role in outfitting Hollywood actors on and off camera is well represented, including a pair of rock crystal and diamond bracelets worn by Gloria Swanson in the 1950 film “Sunset Boulevard.”

Equally personal is the first display of jewelry worn by Princess Grace in her 1956 wedding to Rainier III, Prince of Monaco. The jewelry includes a 10.47-carat emerald-cut diamond set with two baguette diamonds in platinum and an elaborate diamond necklace.

While the exhibit is focused on Cartier in America, there are key pieces included from elsewhere to convey the company’s broader history. Among these is the 1917 Star of South Africa brooch with a 47.69-carat diamond, on public display for the first time. The discovery of the diamond in 1869 is credited with starting the South African diamond rush.

The exhibit runs through April 18 and is not traveling.