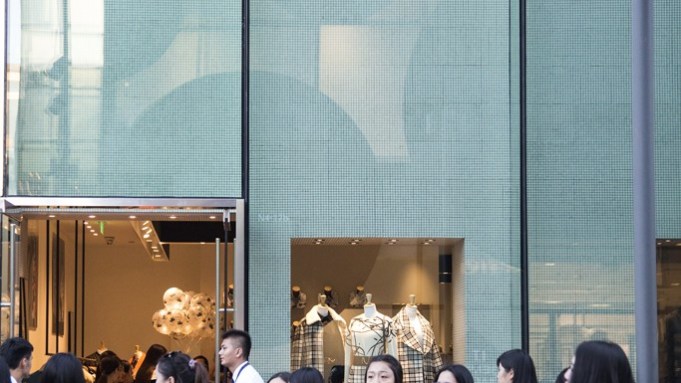 BEIJING—Carven, the 65-year-old Parisian brand rescued from collapse by Henri Sebaoun six years ago, has just opened its first freestanding store in Beijing and is already planning a third outpost in the city as it embarks on its ambitious international expansion plan.

The 860-square-foot boutique, located in Sanlitun North shopping complex, is the label’s fourth outlet in China. Carven already had a shop-in-shop at Galeries Lafayette in Beijing and it opened two stores in Shanghai last year. A third Beijing store, located in Shindong Place shopping mall, will open in two weeks.

“This is very important year for us,” said Carven president Sebaoun. “We are very happy to be in Beijing.”

This year alone the brand has opened 11 stores around the world and it has plans for two more: Moscow, at the end of the month, and Los Angeles.

After the second Beijing opening, Sebaoun said he thinks the brand will have enough stores in Beijing and Shanghai but he doesn’t exclude opening in other mainland locations.

He and Bluebell Group, which distributes Carven’s products in Asia, are also considering direct selling through Alibaba’s Tmall platform.

“At the very least, it would give greater visibility to the brand,” Sebaoun said, declining to give sales figures for China.

As elsewhere, Carven is also keen to stay in contact with its customers in China.

It already has presence on Weibo, the Chinese equivalent of Twitter. To coincide with the store opening, the brand launched an account on the highly popular chat platform, Wei Xin.

The company has also tried to keep prices low so that it can stay true to the brand’s unofficial motto of “affordable luxury.” Even so, items in China will still be around 30 to 40 percent more expensive than elsewhere.

Import duties, high rents and low turnover are part of the reason there is always a price differential between China and brands’ home markets, Micklewright explained. Because Bluebell only befits from Carven sales if they take place in Asia, Bluebell and Cavern agreed to swallow some of those cost, he said.

“Luxury is too expensive in China,” Micklewright said. “It’s a situation that has to change, but I don’t see how it can.”