The rapidly growing brand plans to open around 10 stores this year. 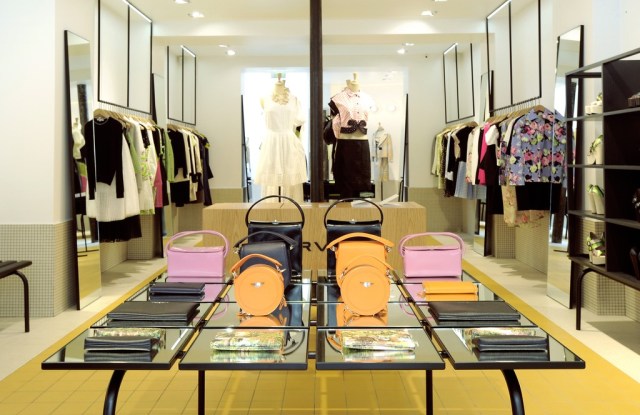 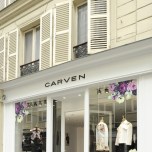 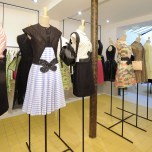 PARIS — Carven is expanding on the Right Bank.

The 1,020-square-foot boutique at 8 Rue Malher carries ready-to-wear and accessories including bags, shoes, eyewear and perfume. Like all its stores, including its two existing women’s boutiques on the Left Bank, it was designed by Eric Chevallier with input from Carven creative director Guillaume Henry.

The opening is part of an expansion program that will see the rapidly growing brand open around 10 stores this year, said Henri Sebaoun, chief executive officer of Carven and Société Béranger, which owns the brand.

He is keen to break into the prestigious Golden Triangle with a location on Rue Saint-Honoré and on or around Avenue Montaigne. Last month also saw the opening of Carven’s first French store outside of Paris, a 540-square-foot women’s boutique in Cannes.

“If things work out very well, we will look at the possibility of developing the brand in other large French cities,” Sebaoun added.

Up next are two stores in Beijing, due for July and September, a second store in Singapore, a shop-in-shop in luxury department store Tsum in Moscow and a second store in the United States — city to be determined.

Sebaoun said Carven is looking to secure financing for its expansion plans, which include the launch this fall of its first fully-fledged handbag lines – including its two signature models Saint-Sulpice and Malesherbes – with a dedicated advertising campaign, a first for the brand.

“We are looking at Carven’s requirements in terms of financing over the next three years to accompany its development and we are not excluding any possibilities, meaning a new investor could come in, or the current investors could increase their capital investment. It’s still under discussion,” he said.

“It’s not just retail — the strong growth in turnover also generates a need for working capital in line with our activity,” he added.

Turenne Capital in 2008 invested 5.8 million euros, or $8.5 million, in Société Béranger to help fund its purchase of Carven, through various funds including Turenne Investissement, which last year adjusted the value of its stake to reflect the brand’s positive growth prospects.

Founded by Carmen de Tommaso — aka Madame Carven — as a couture house in 1944, Carven has undergone a revival since Henry joined in 2009.

However, Sebaoun declined to provide sales figures, beyond saying the brand posted double-digit growth in 2013 and in the first few months of 2014. He described as too low market estimates that Carven’s turnover was close to 30 million euros, or $39.2 million, in the financial year ended Aug. 31, 2013, but did not elaborate.

All dollar figures are calculated at average exchange rates for the period concerned.

Sebaoun said he hoped to announce the new funding by the end of 2014, noting that some investors may want to wait for the close of the company’s financial year to make a decision.