The designer and his team flew in last month for the opening of his first store in India.

By Mayu Saini and Alessandra Turra on January 3, 2013
View Slideshow 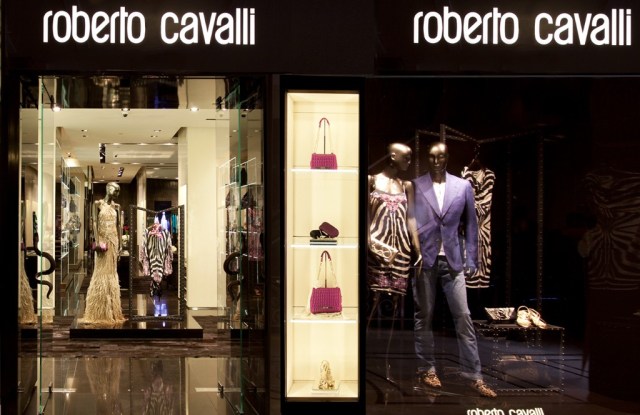 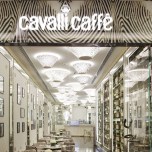 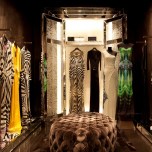 NEW DELHI — It was a big party night at DLF Emporio, the luxury mall in Vasant Kunj, as Italian designer Roberto Cavalli and his team flew in last month for the opening of his first store in India.

It was also the opening of the first Cavalli Caffè outside Italy, and the start of a global expansion of the Cavalli Caffè concept.

“I do believe in the Indian market, and I love the taste for fashion of Indian people. They have a way to mix and match bright colors,” Cavalli said at the launch.

There was no dearth of bright colors at the event — and a fair amount of glamour, with Bollywood actors Neha Dhupia and Zayed Khan among the celebrities at the event. They were only two of the Bollywood stars present, with others including Sonam Kapoor, Sushmita Sen and Kangana Ranaut also attending.

The store carries the men’s and women’s collections, as well as accessories, eyewear and children’s wear. Gianluca Brozzetti, chief executive officer of Cavalli, said that it was no secret that accessories always did well in India, as in the Middle East. “The men’s wear market is also one that is exceptionally successful in India,” said Brozzetti.

The next store in India will open in Mumbai in mid-2012 with a special element — saris designed by Cavalli, he said. There will also be a café at the same location.

Brozzetti said that the café in India was the start of global growth for the concept. The next Cavalli café will be launched in Beirut, he said. Cavalli will be in the Lebanese capital on Friday for the opening of the café, which is in the Karagulla Building. The Beirut café features an Italian delicatessen that will sell the designer’s wines and vodka.

The New Delhi café has a sliding door that connects it to the boutique, which can be closed to separate the eating area as well. Part of the café is also in the open atrium area of the Emporio mall, which houses other luxury brands such as Gucci, Giorgio Armani and Ermenegildo Zegna. The decor is elegant, with crystal lamps and zebra-print carpets. “I wanted to transmit all my passion for beauty and sensuality in a hospitality project. I think India will become immediately a big fan of Cavalli Caffè,” Cavalli remarked.

The café marks the first venture in the hospitality industry for the designer’s Indian franchise partner, Infinite Luxury. “We are making a substantial investment to facilitate this expansion as our extensive research revealed a real need in the emerging markets for a branded lifestyle experience,” said Manav Gangwani, director of marketing and communications at Infinite Luxury Brands Pvt Ltd. The Infinite Luxury company was founded by Gangwani along with entrepreneur Sahiba Narang and finance expert Rahul Kapoor.

Cavalli also operates Cavalli Clubs in Milan and Dubai and a Cavalli Caffè in Florence, and plans to open a Cavalli Club in Miami this spring.