“I’m not so sure I want to sell in the end,” the designer Roberto Cavalli told WWD in an exclusive interview. 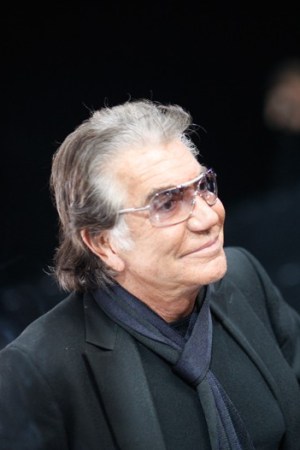 MILAN — After three years of speculation and false starts, Roberto Cavalli is rethinking the sale of a stake in his company.

“I’m not so sure I want to sell in the end,” the designer told WWD in an exclusive interview. “It’s more logical to buy rather than to sell now.”

The economy has certainly changed since 2006, when Saudi Arabian private equity fund SAB Capital submitted a bid for 60 percent of the fashion label. An agreement was never reached, and the 2 billion euro, or $3.14 billion, price tag at which the designer is said to have valued his company sounds as remote as ever in this market. Last year, private equity houses Blackstone Group Holdings, Candover, The Carlyle Group, Cinven and Permira were said to be bidding for a stake in the brand, but Milan-based private equity firm Clessidra SGR SpA recently emerged as the preferred suitor.

Cavalli has been negotiating to sell 20 percent of his company to Clessidra, but the deal, which was supposed to be finalized by the end of this month, appears to be far off, Cavalli admitted in the interview. The designer praised Claudio Sposito, who heads Clessidra, as an “adorable” person, and a “dear friend,” but underscored that friendship remains outside the realm of business.

Cavalli also denied he has been searching for a chief executive officer for the company, although sources here say most top managers at major Italian fashion houses have been approached for the post. “The Just Cavalli line has been my focus and my concern,” said the designer. “I haven’t even begun looking for a ceo.”

Indeed, Cavalli was galvanized by the changes taking place at troubled manufacturing company Ittierre, Just Cavalli’s licensee. Ittierre filed for the Italian equivalent of Chapter 11 bankruptcy protection in February after running out of cash. In April, the designer extended the license until fall/winter 2014, a surprise move for Cavalli, who had openly voiced his displeasure with Ittierre’s level of production and delayed deliveries.

“There is a new mood, a will to act and to rebuild the company,” said Cavalli, who attended a meeting Tuesday with Ittierre’s new management and the brand’s agents. Cavalli said he did not personally know the company’s new managing director, Massimo Suppancig, and declined to comment before seeing his performance.

“I need to see facts and actions before expressing my opinion, but I could tell he was carefully listening to my remarks,” said Cavalli, who addressed about 80 Ittierre employees in a speech that was meant “to motivate” them and “bring new ideas.”

One such new idea is Cavalli’s plan to “revolutionize prices and conquer the market once again.” Cavalli said he wants to lower Just Cavalli’s prices, although he declined to indicate by how much. The designer said he was pleased with the quality of Ittierre’s production, which has “significantly improved” since the government appointed new administrators for the company in February.

Indulging in one of his favorite comparisons, Cavalli said his “child is recovering from his illness.”

The designer is also thinking of ways to reach a younger customer, and, for example, would like to hand out small Just Cavalli gadgets to girls gathering outside discothèques. “I see this as my own personal challenge, to help Ittierre overcome a difficult moment,” said Cavalli, adding he and the company’s administrators are “finding an agreement” over unpaid royalties of about $26.5 million.

“I want to visit [Ittierre’s manufacturing plant in Italy’s] Isernia and talk to the workers there,” added Cavalli, whose Just Cavalli collections generated revenues of 240 million euros, or $329 million, in 2007 and represented Ittierre’s biggest license.

Cavalli concluded sales are picking up in the U.S. with “a new vitality,” which he sees as particularly significant as he considers that market “the economy’s main indicator.” The designer noted that he will open a new corner at Saks Fifth Avenue in September.