CFDA: A Snapshot of History

From Eleanor Lambert to Stan and Fern, Bryant Park, Fashion Targets Breast Cancer and lively board meetings, the Council was never short on memorable moments. 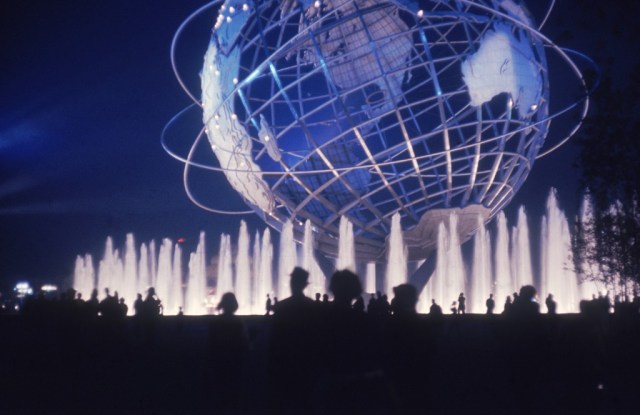 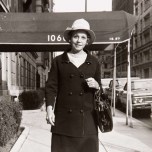 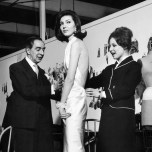 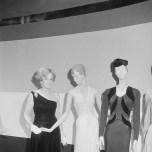 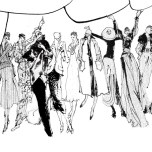 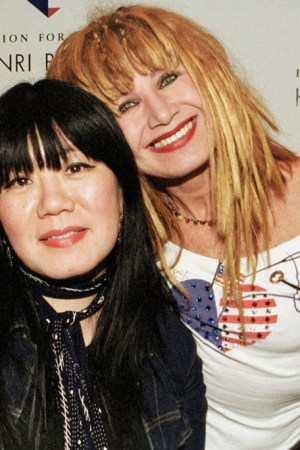 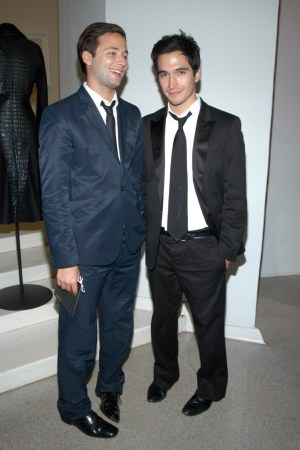 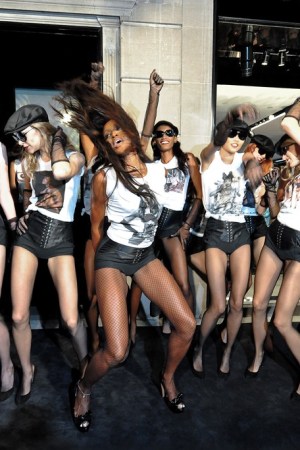 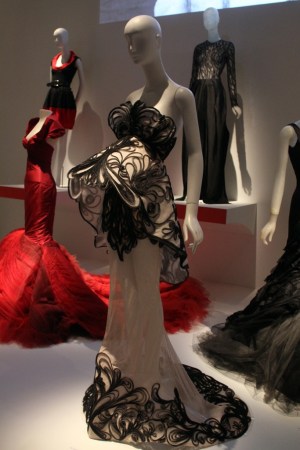 1962
Eleanor Lambert starts the Council of Fashion Designers of America, rallying a group of designers behind her—including Bill Blass, Donald Brooks, Rudi Gernreich, Norman Norell, Arnold Scaasi and Pauline Trigere—to “further the position of fashion design as a recognized branch of American art and culture” and “to advance its artistic and professional needs.”

Lambert was responding to the call of Sen. Claiborne Pell, chairman of a special subcommittee on the arts of the Committee on Public Welfare, and Sen. Jacob K. Javits, who had invited the fashion publicist to attend an open hearing on the establishment of an arts council in Washington.

Lambert, who died in 2003, tells WWD in a 2000 interview, “All I did was start it…I’ve always said that getting people together as a community helps further their identity as a whole. We were a group of people of equal qualifications and equal thoughts about moving forward.”

1964
Fashion makes it to the small screen: The Council sponsors the first televised fashion show, taped at the United States Pavillion of the World’s Fair in Queens that year. Nancy White, then the editor of Harper’s Bazaar, hosts the show, which features pieces from some CFDA designers.

1966
The CFDA hosts its first panel themed, “Fashion and Costume in Relation to the National Council on the Arts,” which brings together several designers, museum curators and educators. The conversation centers on ways to improve fashion education nationwide, with ideas ranging from more fashion documentaries to history lectures.

1967
The association hosts “The Art of Fashion,” its first exhibition displaying pieces from living designers and historical costume at the Metropolitan Museum of Art and its Costume Institute. The exhibition later travels to the Cincinnati Art Museum.

1973
America vs. France: New York designers Halston, Oscar de la Renta, Bill Blass, Anne Klein and Stephen Burrows face off against Paris designers Yves Saint Laurent, Marc Bohan, Hubert de Givenchy, Pierre Cardin and Emanuel Ungaro in the Battle of Versailles. Princess Grace of Monaco, Christina Onassis and Andy Warhol are in the audience. Liza Minnelli is there to headline for the Americans, and Josephine Baker for the French. The French have two orchestras, four conductors and an elaborate set with a space rocket and a pumpkin carriage. All the Americans have is a tape recorder. Nonetheless, the Americans trump the French and American style is firmly on the global fashion map.

• The CFDA Foundation, a separate not-for-profit entity to generate funds for industry initiatives and charity, is founded.

• Mary McFadden succeeds Blass as president. She is able to persuade Lambert to turn over all the organization’s papers to her, a move she says “was the beginning of the CFDA being totally independent.” McFadden looks back at her CFDA years with fondness: “The responsibility was to help members, naturally, and to promote the image of the CFDA, which we did with a lot of cocktail parties and events, which I organized.” Her favorite memory? “All the parties we had to promote the CFDA. Most of them were in restaurants. It was a small group at the time. We were all very good friends.”

1984
Robert Raymond becomes the first executive director of the CFDA.

1986
A scholarship in memory of Perry Ellis is established at Parsons The New School for Design.

1987
Comeback Kid: Oscar de la Renta begins his second term as president. “I became president twice because nobody wanted the job,” de la Renta chuckles. “Everybody was too busy. It was a ‘mama-and-pop’ kind of organization. It was additional work for my staff without pay.”

1990
The first edition of 7th on Sale takes over the 69th Regiment Armory, with a splashy dinner followed by several sales days that were open to the public. Lines snake around the venue, and those who make it inside find savvy sample-sale shoppers scouring the booths for top deals. Among them, Michael Kors, who, like many designers, is on hand to personally help shift his merch; Donna Karan, who tries on a dress in the Bill Blass boutique during the opening night dinner, and a savvy Muffie Potter, sporting a leotard so she can easily slip in and out of dresses wherever possible (women try clothes on in the booths and in the aisles). Karl Lagerfeld, Valentino, David Bowie and Iman, and Gerard Depardieu are also present. Where there are bargains, there are also fashion warriors, though and Nan Kempner gets into a fight with another woman over a $32 straw hat. The first 7th on Sale raises $4.2 million for the New York City AIDS Fund and the establishment of the CFDA-Vogue Initiative/New York City AIDS Fund.

1993
New York fashion shows are centralized under the 7th on Sixth banner and move to the tents in Bryant Park—“the game changer,” as Mallis refers to it. This coincides with the reign of the supermodels, and a major headache for the CFDA: Modelgate, a dispute over price-fixing and caps on model fees that erupts at the fall New York shows. The Federal Trade Commission starts a price-fixing investigation into the industry’s efforts to sharply reduce modeling fees. This goes on for two years, until a settlement is reached with the CFDA and 7th on Sixth, which agree never to set modeling fees again.

1994
After being approached by Washington Post fashion editor Nina Hyde, who was diagnosed with cancer and died in 1990, Ralph Lauren partners with the CFDA to launch Fashion Targets Breast Cancer. He designs the now-famous bull’s-eye logo for a T-Shirt. In September, designers head to Washington, D.C., to launch FTBC at a White House reception hosted by then-First Lady Hillary Rodham Clinton. “It’s just the beginning of the campaign,” Lauren tells WWD. “I want it to grow and get stronger.” There’s no stopping the momentum: Since the launch, FTBC has become a worldwide initiative that’s raised over $50 million toward breast cancer charities.

1996
The CFDA Scholarship Program is created to award merit-based scholarship grants annually to students in their junior year in a four-year, full-time college fashion-design program.

1997
First Lady Hillary Clinton asks CFDA designers to update the wardrobes of Santa and Mrs. Claus for the White House Christmas Tree. Among the 100 designers, Bill Blass creates a double-breasted jacket with horn buttons, Diane von Furstenberg adds a white maribou to a red-and-white wrap dress, and Oscar de la Renta makes a red checked parka with oversize buttons. Other participating designers include Donna Karan, Isaac Mizrahi, Michael Kors, Carolina Herrera and Tommy Hilfiger. “It’s an opportunity for all of us to indulge ourselves without having to worry about merchandising, retailing or manufacturing,” Betsey Johnson tells WWD. The results are shown at the Pageant of Peace celebrations at the White House.

2001
Swarovski starts underwriting the CFDA Fashion Awards, and the Perry Ellis Award, created in 1986 to honor emerging designers, is renamed the Swarovski Perry Ellis Award. Since then, winners of the trophy have included Proenza Schouler, Brian Atwood, Zac Posen and Eugenia Kim (In 2007, the CFDA drops Perry Ellis from the award altogether and renames it the Swarovski Award).

• The Sept. 11 attacks happen during the New York collections, causing the shows to be cancelled. Designers, including Ralph Lauren, Donna Karan and Oscar de la Renta, stage smaller, more intimate shows in their showrooms a month later, and Carolina Herrera invites 10 young designers to present collections in her showroom. The CFDA also teams with Vogue to create Fashion for America, raising $2 million for the Twin Towers Fund with a special T-Shirt.

2005
Steven Kolb joins the CFDA as executive director [Kolb is promoted to chief executive officer in 2011].

2006
Diane von Furstenberg is named president after a high-profile election campaign that pitted her against Joseph Abboud.

• The CFDA begins its efforts for the protection of authentic designs, with hopes for a bill to grant copyright protection to fashion designs. Over time, designers including Nicole Miller, Proenza Schouler’s Lazaro Hernandez and Narciso Rodriguez travel to Washington on behalf of the Council to advance legislation that would afford them some protection from knockoffs. Elsewhere, the CFDA is taking on the fight to protect original design and intellectual property in multiple ways, from a design manifesto that reminds people of the need for originality, creativity and authenticity to a “You can’t Fake Fashion” campaign with eBay.

2007
The CFDA launches the Business Services Network to help connect designers and corporations. After a worldwide backlash against ultra-thin models, the organization creates its Health Initiative.

• Assouline publishes the first in a series of books from CFDA: American Fashion.

2009
The first Fashion’s Night Out—in the U.S., a collaboration between Vogue, the CFDA, NYC & Company and the City of New York—takes place, kicking off September Fashion Week in New York with a celebrity-fueled shopping extravaganza that has Victoria Beckham goosing sales at Bergdorf Goodman, Oscar de la Renta singing with Sarah Jessica Parker, Bette Midler and Barbara Walters, and Charlize Theron at Dior. Other highlights through the years include Naomi Campbell doing a model dance for Dolce & Gabbana on Madison Avenue and Justin Bieber causing a teen frenzy there. FNO’s reach has grown domestically and globally since, and this year, more than 500 cities in the U.S. participate in the initiative.

• Fordham Law School and the CFDA unveil the Fashion Law Institute; Design Trust and the CFDA start collaborating on the Made in Midtown study.

• GQ partners with the CFDA on the Best New Menswear designers in America project.

• Live From Lincoln Center: The CFDA works with the City of New York and IMG to relocate the shows from Bryant Park to Lincoln Center’s Damrosch Park.

• The CFDA [Fashion Incubator] is launched with NYCEDC and Newmark Knight Frank, and Target as the lead underwriter.

• After a devastating earthquake and tsunami in Japan, the “Fashion and Friends for Japan” online auction raises $400,000 for the Japan Society and its relief efforts.

• Ten CFDA/Vogue Fashion Fund designers showcase their collections in the inaugural edition of “Americans in Paris,” which is underwritten by Tommy Hilfiger.

2012
The CFDA marks a half-century with “Impact: 50 Years of the CFDA,” an exhibition at the Museum of FIT.

• Starting a new chapter, the organization leaves the Garment District and moves its headquarters to a 9,310-square-foot office space at 65 Bleecker Street.