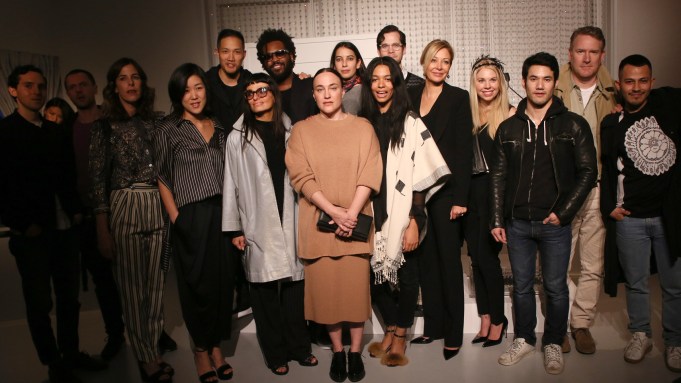 NEW YORK — The Council of Fashion Designers of America has revealed the list of honorees and nominees for the annual CFDA Fashion Awards, which will be held at the Hammerstein Ballroom on June 6.

At a cocktail party at the New Museum here Wednesday night, the CFDA said the Womenswear Designer of the Year nominees are Joseph Altuzarra for Altuzarra; Marc Jacobs; Jack McCollough and Lazaro Hernandez for Proenza Schouler; Kate Mulleavy and Laura Mulleavy for Rodarte, and Mary-Kate Olsen and Ashley Olsen for The Row.

Accessory Designer of the Year nominees are Altuzarra; Irene Neuwirth; Rachel Mansur and Floriana Gavriel for Mansur Gavriel; McCollough and Hernandez for Proenza Schouler, and the Olsens for The Row.

The Geoffrey Beene Lifetime Achievement Award will be given to Norma Kamali; the Founder’s Award will go to Donna Karan; the International Award to Alessandro Michele, creative director of Gucci, and the Media Award to aggregator Imran Amed of The Business of Fashion.

The Board of Directors’ Tribute will be given to David Bowie.

The awards are shaking up their format this year, moving them to the Hammerstein Ballroom from Alice Tully Hall at Lincoln Center and making them a dinner, rather than simply a cocktail followed by the awards ceremony as in the past.

Last year’s winners were the Olsens for the Row for Womenswear Designer of the Year; Tom Ford for Menswear Designer of the Year; Tabitha Simmons for Accessories Designer of the Year and, in the Swarovski categories, Mansur Gavril for accessories; Shayne Oliver for Hood by Air for men’s wear, and Rosie Assoulin for women’s wear. The Lifetime Achievement Award went to Betsey Johnson; the Founders Award to Millard “Mickey” Drexler of J. Crew; the International Award to Maria Grazia Chiuri and Pierpaolo Piccioli of Valentino; the Media Ward to Instagram, and the Fashion Icon Award to Pharrell Williams.