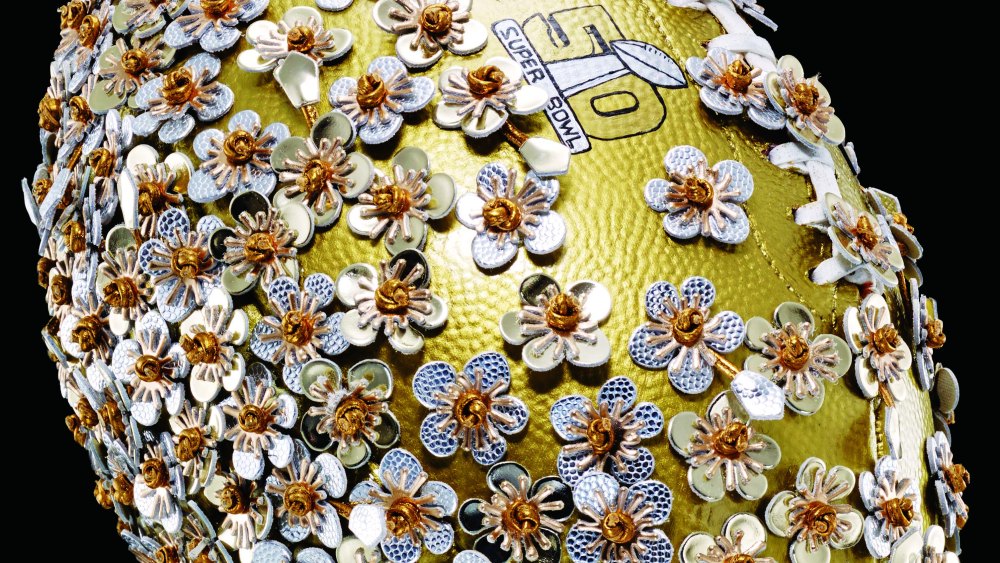 Football and fashion make strange bedfellows. Sure, the uniforms evoke all-American style and some — emphasis on the word some — of the players can dress with a certain élan. But, let’s face it, when being pummeled by a 300-pound lineman, it’s understandable that the last thing players have on their minds is the latest looks on the runway or whether their uniform fits well.

But this year’s Super Bowl in Santa Clara, Calif., on Feb. 7 is the 50th — and naturally the National Football League is pulling out every play in its book. Coldplay and Beyoncé will perform at halftime and there will be a packed week of events around the Bay Area leading up to the Big Game.

As for those fans who will be watching the game — and the commercials — sitting on their sofas and eating chili and nachos, the NFL wants them to have a memento of the occasion, too. And that’s where fashion — specifically the Council of Fashion Designers of America — comes in. The NFL and CFDA have formed a special collaboration, CFDA + NFL Super Bowl 50, to create bespoke footballs marking the anniversary.

Fifty designers including Betsey Johnson, Kenneth Cole and Nicole Miller have designed the balls, which will be auctioned off on the NFL.com Web site to benefit the NFL Foundation. The balls will be unveiled Jan. 20 at an event at the NFL’s offices in New York.

This isn’t the first time the CFDA has linked with the league. When the Super Bowl was at MetLife Stadium in 2014, 48 designers created bespoke helmets that filled the windows of Bloomingdale’s 59th Street flagship and were then auctioned off. The NFL declined to say how much that auction raised, but said the John Varvatos helmet was the top seller, going for $5,055.

The success of that initiative led the NFL to turn to the CFDA again.

“When we did the helmets in Bloomingdale’s, it was really successful,” said Rhiannon Madden, vice president of consumer products for the NFL. “So we wanted to partner with them again to bring the worlds of football and fashion together.”

“Lightning doesn’t always strike twice, but in this case it did,” said Steven Kolb, chief executive officer of the CFDA. “The Super Bowl is a huge global event, and to be able to play a small part is really rewarding.”

The balls all have a gold theme — tied in to the anniversary — but beyond the color, the rest was left up to the individual designers.

“Mine is a chino football,” said men’s wear designer Todd Snyder, who is known for his American-skewed sensibility. “My helmet was gray flannel. I take things I think are iconic to American style, but have more of a modern edge.”

And as a sports fan, it was fun. “I’m a big football fan,” he said. “I’m from Iowa, so I love college football, and since I grew up in the Midwest, I played every sport. If you could walk, you played sports.”

Rachel Roy may not have played football, but she’s become a follower.

“My daughter’s boyfriend has a full scholarship as a quarterback, so I’ve learned a lot. It’s our American entertainment.”

For her football, Roy said she wanted to design something that would work in a professional setting. “It’s elegant, chic and strong.” It’s mostly python with a gold-plated jewelry handle on top “that frames it all. It was all done by hand, their logo and mine were hand-painted. I think it’s elegant for a home or office.”

She said the project allowed her to get back to what she loves most about fashion. “We create for a living and that’s what I enjoy the most. When a company becomes a business, things change. So when I get to create hands-on, it’s fun and challenging.”

Betsey Johnson agreed. “Mine was quite a bit of work,” she said. “But I think it came out wonderfully.”

While her helmet was decorated with pink satin rosettes — “the base of everything I do” — the gold theme made her change the version on the ball to gold roses. “But I thought, that’s not enough.

“One of my favorite possessions are these vintage mannequin hands with shiny red nails. I had them stuck in my garden around a rose bush, but I finally pulled them out because they freaked out my granddaughters.” So she resurrected the hands, painted the skin gold while the nails got a fresh coat of glossy red polish, and the result was “fashionable, feminine and woman-y.”

Men aren’t the only ones who are fans of football, she said. “I was a cheerleader at Syracuse University and [dated] a quarterback. So football became very important to me,” Johnson laughed. “I really know nothing about it, though.”

But she does know fashion, and she wound up very fond of her football — so much so that she’s going to try to buy it back at the auction. “If I get it, it’ll stay on my shelf with my Syracuse letter sweater,” she said.