Business during the recession is a struggle, at best, but the Council of Fashion Designers of America has forged ahead and selected 31 new members. 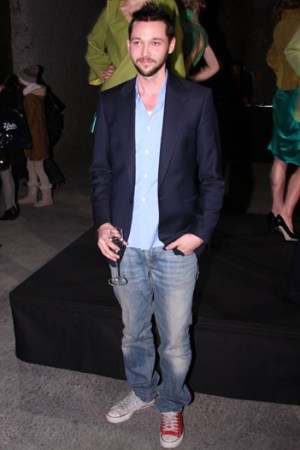 Business during the recession is a struggle, at best, but the Council of Fashion Designers of America has forged ahead and selected 31 new members.

This story first appeared in the July 21, 2009 issue of WWD. Subscribe Today.

The latest class includes several designers who have been quick to make an impression on the fashion community, such as Alexander Wang, Jason Wu and Chris Benz. Celebrity designers Ashley and Mary-Kate Olsen of The Row made the cut. And Maria Pinto, who hooked her rising star to First Lady Michelle Obama, also was ratified by the CFDA board.

In recent years, the group has made a point of inaugurating a healthy-sized crop of newcomers — there were 28 in 2008 and 31 in 2007. Before Diane von Furstenberg took over as president, the norm was closer to 15 or 18, CFDA executive director Steven Kolb said.

“Diane’s whole approach to fashion and design is inclusiveness,” he said. “She always refers to the CFDA as her extended family.”

In addition, the CFDA will turn 50 in 2012 and the membership needs to reflect the period. “Fashion has changed in that time,” Kolb said. “When you look at the growth in jewelry, men’s wear and the contemporary markets, it’s a different business, and that’s helped make it a very strong and successful business.”

Manhattan’s Four Seasons restaurant will host an intimate group of CFDA members, retailers and editors at an Oct. 21 reception for the new inductees.