Carolina Herrera says she is "in heaven" about the location of her new boutique. 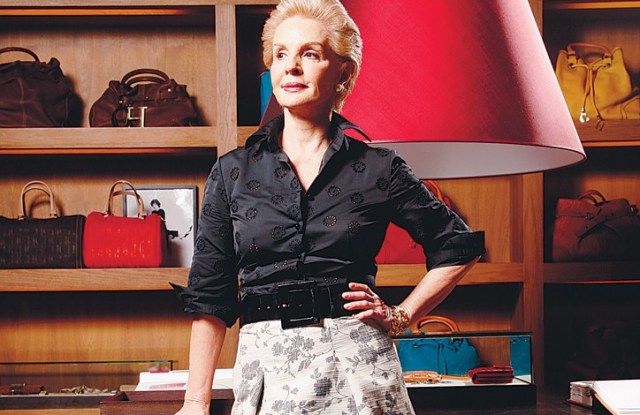 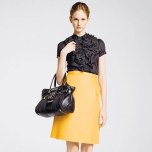 The store marks a turning point for the brand, which until now has avoided leasing expensive downtown retail space in major cities in favor of less expensive real estate in shopping centers such as Americana Manhasset in Manhasset, N.Y.; The Forum Shops at Caesar’s Palace in Las Vegas; The Galleria in Houston, and South Coast Plaza in Costa Mesa, Calif.

The new store is scheduled to open in May or June.

The CH flagship represents something of a triumph for designer Carolina Herrera, who insisted on finding a space on Madison Avenue. Once CH opens in the former Issey Miyake shop between 67th and 68th Streets, Herrera will have two stores only eight blocks apart; the existing Carolina Herrera New York boutique is between 75th and 76th Streets.

“I’m sure we’ll have more stores on the street in other cities,” said Alejandro Martin, international manager for CH Carolina Herrera. “It’s the brand’s image. In two months we’ll be opening stores in London, Madrid, Buenos Aires and São Paolo.” CH will open 25 stores worldwide in 2010, including 10 in the U.S., he said.

“This is the beginning,” said Santiago Lamiero, a spokesman. “The rest of the stores are in malls. We didn’t open other [freestanding] stores because we wanted the first store on the street to be in Manhattan. We want to open stores in San Francisco, Los Angeles and Chicago.”

CH Carolina Herrera is an ever-expanding brand that includes full-blown women’s and men’s collections, children’s apparel and baby items, and the company is introducing women’s footwear. An online catalogue displays the potential of the brand, featuring items such as jewelry, men’s accessories, such as small leather goods, athletic shoes and cuff links. Under esoteric headings such as “A Caprise…A Necessity,” a humidor and martini kit in a signature case can be found. Accoutrements for pets, a logo-covered golf bag, a bicycle and a loaded picnic basket round out the mix.

While the label is widely recognized in Europe and overseas, especially in Spain where there are 19 outposts, CH has a low profile here. But that appears to be changing as the brand begins opening street stores in locations such as Manhattan, which Martin describes as “the best shop window for the brand. Manhattan is a window for all the world and a kickoff for many other markets for [people] who travel to New York.”

“This will be a very special store, of course,” Martin said. “It will have new elements for the brand.” All of the CH Carolina Herrera stores are designed to look like a facsimile of Herrera’s house, down to the scented candles they burn. “The idea is for all stores of the CH Carolina Herrera store to have the same style, but for sure we’re going to give the New York store a touch of and personality of the city.”