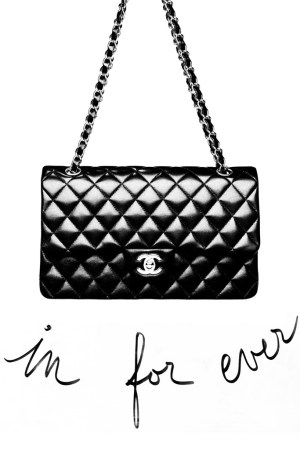 PARIS — In a move to ensure future supplies of the leather used to make its quilted handbags, Chanel has acquired French tannery Bodin-Joyeux, a specialist in supple lambskin.

Financial terms were not disclosed, but Chanel said the tannery would continue to supply its existing customers, said to include such luxury brands as Hermès and Louis Vuitton.

Founded in 1860, Bodin-Joyeux today produces about 500,000 skins annually and employs 100 people in Levroux, a town in central France.

“We use more than half of what they produce, so it’s an important supplier for us,” Bruno Pavlovsky, Chanel’s president of fashion, explained. “The idea is to ensure the continuity of the company.”

He noted it’s the first time Chanel has invested in a supplier so far upstream, speaking to the rarity of the enterprise and the raw material.

Chanel acquired Bodin-Joyeux from the Bodin family and said Frédéric Bodin would remain as president of the firm, originally a specialist in parchment and one of the last remaining makers of the stiff, thin skins, which are used primarily in bookmaking.

Chanel has purchased what’s known as “plongé” lambskin from the firm for almost three decades to realize its classic quilted flap bags, first designed in 1955 and retailing today for roughly 3,000 euros, or $4,075 at current exchange. Pavlovsky noted it takes three or four lambskins to create a handbag, depending on the size.

Bodin-Joyeux controls the entire tanning process, from beam house operations through to dyeing, enabling it to deliver a broad spectrum of colors, he added.

Chanel and Karl Lagerfeld are expected to showcase some luxurious quilted bags made with Bodin-Joyeux leathers on Tuesday when it presents its latest metiers d’art collection of luxury ready-to-wear for pre-fall in Dallas.

The transaction is the latest signal that Europe’s big luxury groups are keen to secure suppliers of the rare raw materials and technical know-how needed to make their high-margin products.