After trying to secure a larger space for years, the brand today quintuples its selling space with a new 10,000-square-foot store. 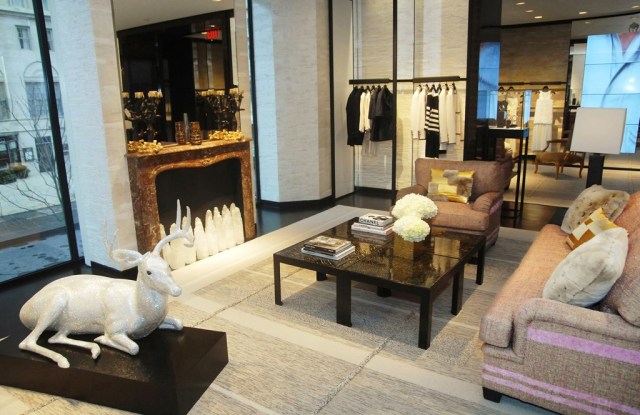 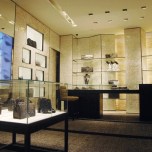 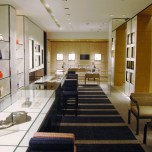 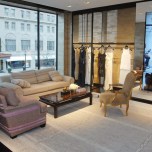 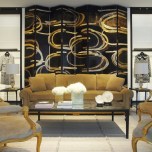 BOSTON — After trying to secure a larger space here for years, Chanel today quintuples its selling space with a new 10,000-square-foot store.

The door is its fourth biggest in the U.S. behind New York; Waikiki, Hawaii, and Beverly Hills, which is set to grow substantially thanks to the brand’s purchase of an adjoining building.

The new store at 6 Newbury Street replaces a 2,000-square-foot space in the Taj Hotel, which closed Sunday. For years, the brand negotiated unsuccessfully with the hotel to expand any way it could. “We were even trying to take over part of the lobby,” said Chanel fashion division president Barbara Cirkva. Then a developer approached the Paris house to be the retail anchor of a new building containing six luxury condos. Architects Peter Marino, a longtime Chanel collaborator, and Richard Bertman together gave the building a thoroughly Chanel signature with a white limestone facade, rectilinear window bays and gridlike black trim.

“We felt it was time to give an important city like Boston the size and scale of boutique that it deserves. Boston is a key cultural city in the U.S. and, in some ways, its historical importance to this country echoes that of Paris’ importance to France,” said John Galantic, president and chief operating officer of Chanel Inc.

A Boston native who was born in the city’s Back Bay neighborhood and attended school here, Galantic called the long-sought new store “gratifying.”

“In the past we offered a cherry-picked presentation,” Cirkva said. “We’ve never been able to expose the full collection before to Bostonians.”

She declined to give a revenue projection but said she expects “substantial increases in every category.”

It marks, too, the company’s growth under Karl Lagerfeld’s design direction.

“When we opened the Boston store in 1997, we didn’t have the robust business in shoes, scarves and small accessories we have now,” Cirkva said.

Asked if expansions like this one in Boston represent the direction forward for U.S. growth, Galantic noted, “In some markets today we are underspaced and sized in a way that does not reflect the scale of our ready-to-wear business. In these markets, where it is appropriate, we will be opportunistic in looking for larger spaces, but we will not seek larger spaces just for the sake of it.”

The store was conceived as an opulent town house and is closest in sensibility to the recently remodeled Bond Street location in London or Avenue Montaigne in Paris.

“We talk about the Maison de Chanel. This is a real maison,” said Cirkva.

A black lacquer foyer, featuring tiger stripes fashioned from crushed golden stone, opens right and left onto accessory parlors. Throughout the two floors, there are more tweed chairs, sofas, lamps and side tables than there are mannequins.

“We wanted to create an intimate shopping experience, which is a challenge with a big space,” said Cirkva. “That’s why we’ve done rooms within rooms.”

Although recognizable as part of Marino’s ongoing vision for the brand’s stores, there is significant customization here. Each “room” has at least three different wall finishes. On the first floor, every view is framed in hammered brass doorways. Upstairs, a similar effect is achieved with glossy root beer brown resin, poured to look like fish scales. Every surface is tactile — walls in Venetian plasters or hand-set crystal tiles, chairs in glittery tweeds, sofas with sable pillows and marabou trim. The palette is opulent neutrals: ivory, black, brown and every luster of gold.

The first floor, which features stone floors and crystal-tiled walls, is a more public space. It features about 2,000 square feet of handbags, a scarf department, costume jewelry, cosmetics and watches — essentially all one-size purchases. Prices range from a $45 single-pot eye shadow to a J12 diamond pavé watch for $271,500.

The old Boston store sold rtw well, Cirkva said. As a result, the category occupies about 75 percent of the second floor selling space, or about 2,500 square feet. There is a department for folded knitwear, a category that has become increasingly powerful for Chanel.

The store has a parlor devoted to fall and one to cruise. The Bal Harbour, Fla., store set the trend for private dressing salons, a feature Chanel is increasingly adding to stores. There is one here in Boston and several earmarked for the Beverly Hills expansion. In the private salon’s dressing room, a client can use a touch screen to set the lighting (day or evening) or override the house music in favor of tunes off her phone or iPod.

“In the world of luxury today, you need to be able to accommodate crowds, but also give people refuge and privacy from those same crowds,” Cirkva noted.

Though the brand doesn’t officially do bridal, Cirkva said they handle a lot of requests. The private salon was hung suggestively with several white gowns, including a crêpe de soie number from cruise at $9,950.

Pride of place goes to artist Jean-Michel Othoniel, who designed a roughly 20-foot sculpture of beaded Murano glass that hangs at the staircase in jewelrylike drapes and swags. Othoniel, who was a resident artist at the Isabella Stewart Gardner Museum, is currently working on a commission for Versailles.

Cirkva said the brand is still working on details of a spring event — possibly a runway show — to fete the new store.