Chanel on the Bosphorus

The fashion house showed its Byzantine-inspired pre-fall collection at the Ciragan Palace in Istanbul. 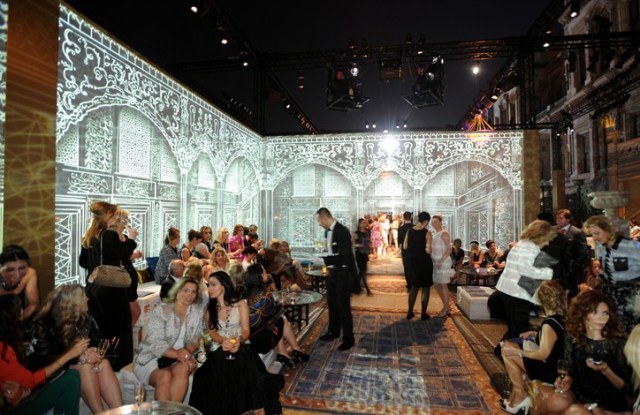 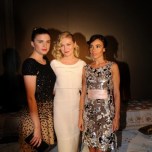 ISTANBUL — Signaling its growing interest in the Turkish market, Chanel showed its Byzantine-inspired pre-fall collection in the old capital of that fabled empire Thursday night, the audience reclining on divans sipping Champagne amid the oriental decor of the Ciragan Palace on the Bosphorus.

Kirsten Dunst, Elodie Bouchez, Cécile Cassel, Burcu Esmersoy and Belcim Bilgin were among VIP guests. Dunst, who wore Chanel couture to collect her prize for best actress at the recent Cannes Film Festival, explained her affection for the brand: “You can wear two dresses from Chanel and they look totally different, but they still look like Chanel.”

The company’s fragrance and beauty products have been sold in Turkey for more than two decades, but the French brand only planted its first boutique here, at Istanbul’s chic Kanyon shopping mall, in 2007. A second was added in 2010 in the Nisantasi area, where most high-end brands are clustered.

The expansion will continue. In July, Chanel plans to open a boutique in Istanbul’s newest luxury shopping mall, Istinye Park, a move hailed by Bruno Pavlovsky, the president of Chanel’s fashion activities, as “an important commitment to our future in Turkey.”

Pavlovsky said that designer Karl Lagerfeld was inspired by the art and jewelry of the Byzantine empire in designing the collection, and therefore it was important to bring it to Istanbul — its natural second home, alongside Paris, where it was first paraded last December. The luxurious métiers d’art collection, arriving now in stores, is embellished with the couture ateliers Chanel owns.

Pavlovsky described Istanbul as a “bubbling city full of activity, and Turkey is a country that is changing rapidly, opening more to the outside world while remaining attached to its culture and its traditions.”

Its economy is outstripping Europe’s too, with growth projected at around 6 percent for this year.