Chanel has reopened its Maiden Lane boutique in San Francisco after a major refurbishment. 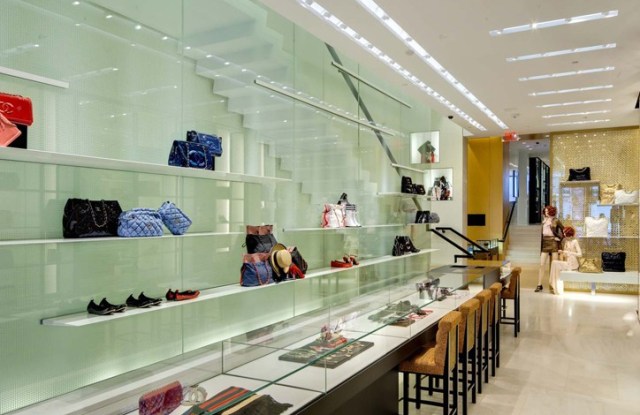 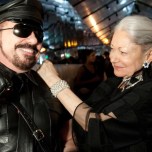 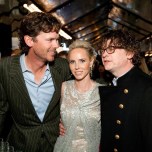 SAN FRANCISCO — Chanel Inc. has reopened its boutique here after a major refurbishment that transformed the narrow, three-floor building’s interior and exterior.

This was the first redo of Chanel’s 7,900-square-foot store since it opened in 1988 as the first luxury fashion boutique to locate on Maiden Lane, a two-block gated pedestrian street off Union Square where Marc Jacobs, Hermès, Prada and Tory Burch are now located. The renovation took eight months, requiring the boutique to move to a temporary location next door.

Chanel Inc. Fashion Division president Barbara Cirkva said the company flirted with the idea of moving to another San Francisco location, but found no other spot like Maiden Lane.

“There’s something charming about Maiden Lane,” Cirkva said, sitting in the second-floor ready-to-wear salon. “The street is like a hot restaurant that doesn’t put its name on the door.”

Accessories, handbags, watches and makeup are on the first floor. A staircase framed by a glass wall, which rises from the ground floor and lets light through, takes customers up to rtw and footwear. The space is furnished with a beige, black-and-white Chanel-like tweed sofa paired with pink slipper chairs. The carpet is beige and white in a subtle tweed pattern in silk and wool. The third floor is reserved for private gatherings and offices.

In contrast to its gentile Maiden Lane main entrance, the store has a back-door opening onto busy Geary Boulevard, across the street from Neiman Marcus and steps from other luxury retailers across from Union Square, including Gucci, Bulgari, Louis Vuitton and Salvatore Ferragamo.

As for business in the Bay Area, Cirkva said the company is looking to add a second boutique in the region outside of San Francisco if the right space is found. She said a defining characteristic of Chanel sales in the Bay Area is the popularity of rtw relative to other parts of California. Chanel is sold in northern California only at the Maiden Lane boutique, and at Neiman Marcus in San Francisco and Palo Alto, 30 minutes south in Silicon Valley.

“I first met Peter with Valentino at a party 25 years ago in Rome,” said Hale as Marino greeted her with a whoop and a bump and grind.

“I first met Peter when he was still wearing coral cashmere,” piped in Pamela Babey, observing the vignette.

Danielle Steel made an appearance in support of her daughter Sam Traina, one of the evening’s hosts. “I’ve just completed my latest book, my 110th,” said Steel. “It’s about an embezzlement. Based on my life? Maybe.”