The company's high-tech fashion extravaganza is a sign of its digital boldness and how far the brand, and China, have come in the last 10 years. 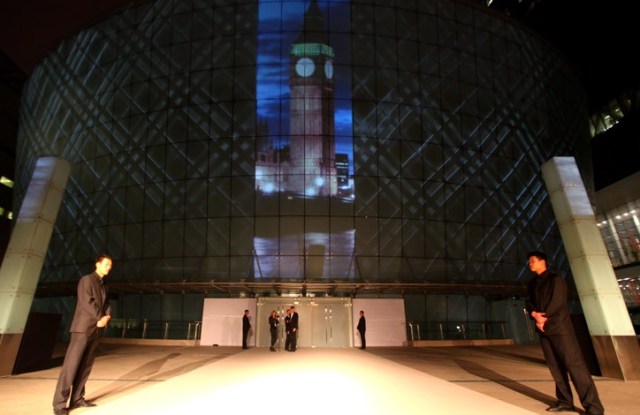 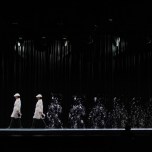 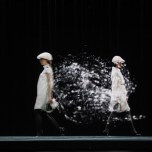 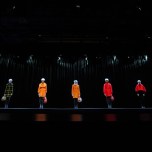 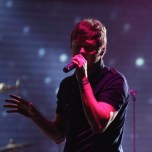 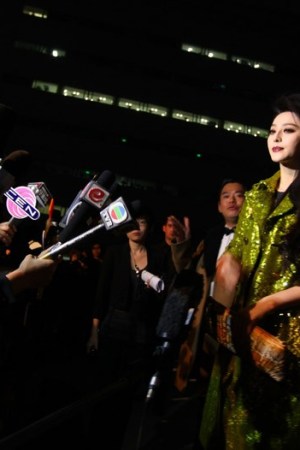 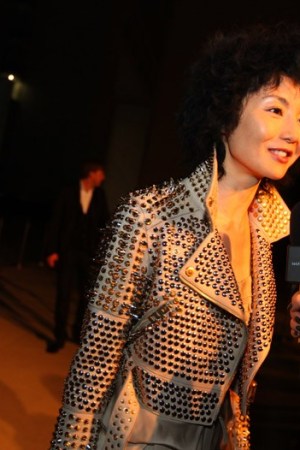 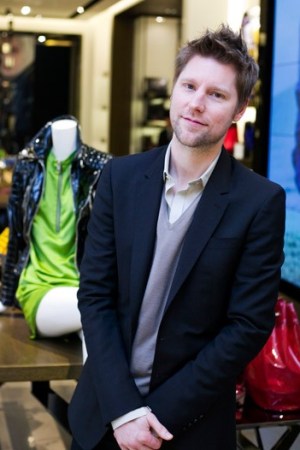 BEIJING — It has been around a decade since Burberry held its last event on Chinese soil. Certainly a lot has changed for the luxury brand — and in China — since then.

Under the direction of chief executive officer Angela Ahrendts and chief creative officer Christopher Bailey, Burberry’s operations have been streamlined and the look and feel of its collections have become more hip and inventive while maintaining an undercurrent of the brand’s iconic British style. Meanwhile, China has undergone bewildering economic growth and modernization and is now one of the largest luxury markets with perhaps the most technologically savvy and connected consumers on earth.

That combination of luxury and technology formed the backbone of Burberry’s first event in China in 10 years, an event intended to be a celebration of the recent opening of a new flagship in Beijing and also, perhaps, even more to be a statement about the next evolution for Burberry, one where the luxury brand is boldly embracing technology to connect with consumers online as well as in stores.

China, with its ever-growing population of more than 400 million Internet users, seemed the perfect platform to showcase the brand’s forays into the new digital territories of luxury.

“Doing this in Beijing is a big statement,” said Ahrendts at Burberry’s celebration of China event held Wednesday night on a massive soundstage at the Beijing Television Center, which is located only a couple miles away from Tiananmen Square.

More than 1,000 guests filled a space in front of the stage, where models showcased Burberry’s fall collection. Virtual image technologies, including holograms, projections and animations, were used to create the illusion of snow and rain.

As models walked by one another, some simply disappeared, magically switched attire or transformed into clouds of snow or red dust. Several models were joined by lifelike holograms of themselves. Large screens projecting different angles of the runway as well as changing weather were intended to create a fully immersive experience, while lifelike images that lined the corridors leading into the space contained the photos of buildings along the River Thames, which further propelled the decidedly British ambience.

After the show, which was streamed live on burberry.com and more than 200 Web sites worldwide as well as in more than 50 Burberry stores around the world, the British band Keane performed. Other celebrity guests included Chinese actresses Maggie Cheung and Fan Bing Bing as well as British actors Sam Claflin and Douglas Booth.

Ahrendts added that the motivation for the event not only stemmed from the new flagship opening, but also because of Burberry’s decision to acquire all of its China retail operations last July. The company has since bought back 50 stores at a price of 65 million pounds, or around $105 million, on the Mainland. It has also established new headquarters in Shanghai and opened up an additional “six to eight stores in the last six months,” according to the ceo, which brings Burberry’s total number of retail locations in China to 57.

Ahrendts said she hopes to increase that number to 100 over the next several years, adding that revenues were up 30 percent in the first quarter as a result of the acquisitions. The executive declined to estimate what share China will make up of Burberry’s business in the future because “it is changing so dramatically.”

One strategy to further boost sales on the Mainland is a robust push into the digital space. Burberry has launched a vast marketing campaign on varying Chinese social networks as well as microblogs, other online forums and video sites. The company now has a Mandarin version of its global Web site with Chinese-speaking customer service representatives available for online chat.

Burberry’s new flagship, located next to Shin Kong Place, a high-end shopping mall in central Beijing, is nothing short of the physical manifestation of the brand’s online efforts both in China and around the world. The three-story, 12,500-square-foot space is Burberry’s second-largest store globally.

Outside are two large LED screens that project seasonal marketing campaigns produced at the company’s headquarters in London. Inside, the space is equipped with touch screens that consumers can use to search and order product lines not available in stores. Staff carry tablet computers that sync up with online e-commerce systems to also help customers shop. A large screen in the entryway projects visual imagery that is shown on Burberry’s Web site and in other stores as part of an effort to fortify the brand’s image.

The company says it will roll out the innovative aspects of the new Beijing location to other stores worldwide.

“I love the vehicle of technology. I love using it as a platform in which to communicate the ideas, the attitude, the spirit of the company,” said Bailey during an interview Wednesday morning in the flagship.

“Sometimes as an industry, perhaps we think it is not a legitimate channel in which to speak to people,” he said. “I just don’t really agree with it. Fashion is supposed to be about making things relevant. Yes, it is luxury. Yes, it is aspiration. Yes it is supposed to be inspiring. But I think there is nothing more inspiring than talking digitally because you can get attitude, you can get music, you can get sound, you can get video and movement. You can actually articulate so much of your brand using this medium.”

Bailey said he sketched plans for the new Beijing store from his offices in London and held meetings with staff on the ground here via Skype. He travels to China about once a year and is fascinated by the country because every time he comes he feels it “has changed and evolved.”

The designer said he wanted the store to be “an iconic landmark” and the celebration of its opening to be “on a world platform because it is not just for the Chinese. It is not just for the city of Beijing. It could be on every single person’s computer in the whole world.”