A leading player in the Chinese professional-wear market, it deploys a new set of narratives to attract fast-changing young consumers.

SHANGHAI — While Beijing was busy celebrating the 70th anniversary of the founding of the People’s Republic of China by showing off a nuclear missile and fireworks designed by Cai Guo-Qiang, and Hong Kong is being disrupted by protesters, Shanghai is staying away from politics and focusing on its fashion ambitions.

Lily — a leading Chinese women’s wear brand with more than 900 stores across the country and revenues in 2018 of 3 billion renminbi, or $420 million — opened the 12 days of Shanghai Fashion Week with a strong show on Wednesday.

Few people in the West may have heard of the brand, but it is a label that young Chinese consumers actually buy — the brand dominates the affordable Chinese female businesswear market. Not many overseas brands are able to compete with it.

Having made its international debut last month in New York as part of the fourth edition of the NYFW China Day initiatives, Lily showcased its new image, which celebrates the modern Chinese career woman, for the first time inside the country. It’s also recently been revealed that it has tapped Jonathan Saunders as creative director to work on future collections.

Mingyang Sun, deputy general manager and chief operating officer of the brand, said this is the third time Lily has shaken up its organization in order to keep up with the fast-changing Chinese consumer.

“China’s society is rapidly changing, and the roles that women play in it are changing accordingly. Modern Chinese women have left their comfort zone and participate in all the value creation across the industry. They are economically independent, intelligent, and not afraid to accept new challenges, and they are the kind of women Lily is catering to,” she said.

The Shanghai show was an extension of the New York one. It featured more real working women on the runway and included more suits and knitwear pieces. Practicality and affordability were mixed with high drama, such as Eighties broad shoulders and giant document briefcases.

A new chapter, called “Women in Suits,” was added at the beginning of the show as a tribute to the recently deceased photographer Peter Lindbergh. A flock of women in various black suits walked down the runway as the skyline in the background changed from New York to Shanghai. 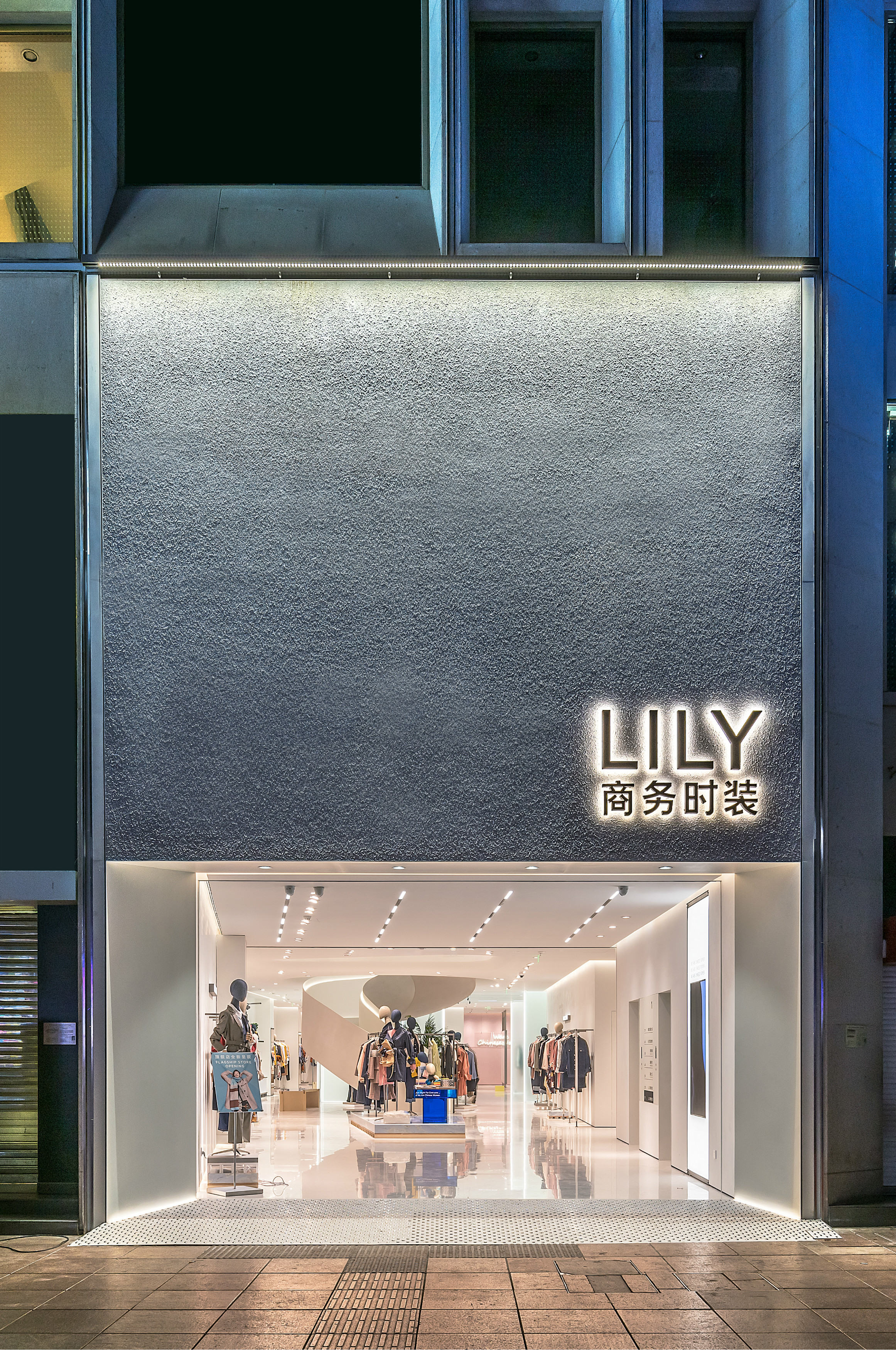 The show was also a celebration of the opening of its refurbished 10,700-square-foot flagship on Nanjing Road East, the Oxford Street of Shanghai.

“The store is designed with the concept of a contemporary art gallery in mind, infusing commercial value with a modern aesthetic. The shop features interactive elements, such as a live-stream room for influencers, that enhance consumers’ omnichannel experience,” said Sun.

Founded in 2002 and tapped into the businesswear market in 2013, Sun said the success of Lily can be attributed to an early adoption of big-data learning and the implementation of the soft supply chain, which allows the company to quickly respond to changes in the market.

“In China, the market is always changing, so is the mind of our customers. This brings great uncertainty to your brand development. But I believe, this is why in a market like this, it is ever more important to have a clear positioning and strong branding,” Sun said.

Sun also sees the slowing economy as an opportunity for the brand to evolve. “If you only look from data, the Chinese fashion market seems to be slowing or stagnating, but it is in such an environment we find new business opportunities. Our core consumers are younger and the way they shop is different, and we aim to embrace that.”

Lily has a good presence across Chinese social media, which a lot of local brands still don’t, and its WeChat content has been praised as some of the most innovative and engaging among its peers.

For example, in a recent post, the brand featured four leading female figures in the field of modeling, vlogger and brand management to share their take on modern femininity and personal style. Another one promoted a Mulan jumper collaboration with interactive graphics.

Looking into the future, Sun sees the biggest market for the brand is still China, but the company also has a sizable international business. “We have a presence in 11 international markets with more than 70 stores, such as Russia, Saudi Arabia, Thailand, Singapore, France and Spain. And our New York show will for sure help us to tap into more global territories,” she said.