Beyond its prime location and beautiful interior, the brand’s new 5,000-square-foot flagship on the Rue Saint-Honoré is all about its new “attitude.” 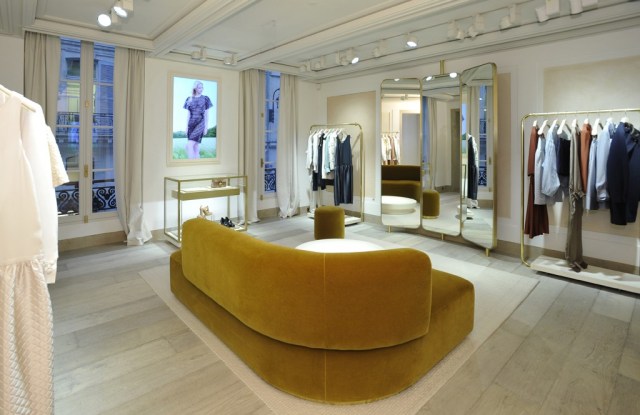 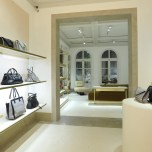 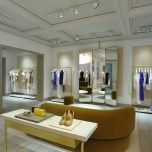 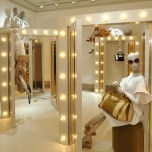 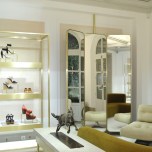 PARIS — Beyond its prime retail location and beautiful interior, Chloé’s just-opened 5,000-square-foot flagship on the Rue Saint-Honoré is all about the brand’s new “attitude,” proposing a personal-shopper-like approach to service that aims to make the experience like a fun day out with friends.

Tightening bonds with the customer, a team of “stylists” is on hand to help compose looks and share broader style tips, such as which hairstyles or lipsticks to wear with outfits. “From Day One, the mission of our stylists will be to create a relationship with customers that is unseen in the market in Paris,” said Chloé chief executive officer Geoffroy de la Bourdonnaye. “With Chloé, it’s all about the attitude….We want it to be natural, totally effortless but extremely sophisticated.”

Stretching far back off the street, the airy two-story site has a town-house feel, with grand staircases at either end and natural light flowing in through a series of arched white windows. Customers can take refreshments — including Chloé-pink Champagne — in lounge areas with Seventies-looking mustard mohair-velvet sofas and shaggy cream rugs. The first floor boasts a terrace and private salon with roomy changing areas fitted with iPod docks.

De la Bourdonnaye, who credits the recent 60th anniversary “Chloé. Attitudes” exhibit here with having helped reposition the brand at the center of Paris fashion, sees the event as a symbolic moment in the “young history” of the house. “This really is the start of a new period for us.…Our horizon is far in the distance. We feel we are still a mademoiselle. We are looking to the future.”

The store is a hop away from Rue Cambon and Place Vendôme and counts Tom Ford, Jimmy Choo and Roberto Cavalli among neighbors.

Chloé, which owns around 100 stores worldwide, counts only four other directly operated stores in Europe: two in Paris, one in London and another in Marbella, Spain. Japan is the brand’s biggest market in terms of single countries, followed by France.

With its romantic palette of ivory, light pinks, rose gold, gray and beige, the new design is both pure and architectural, soft and feminine, with paneled walls lending a rectilinear contrast to the gentle, rounded lines of the furniture, such as a marble cash counter, brass clothing racks and retro paneled mirrors.

The store was designed by architect Joseph Dirand in collaboration with Chloé creative director Clare Waight Keller, who helped pick out features such as a vintage chair by Oscar Niemeyer and brass lights by Louis Weisdorf.

“It’s a beautiful canvas for showing the collections of Clare,” commented de la Bourdonnaye. Waight Keller, who joined Chloé in mid-2011, now also helms the See by Chloé line, he said, following the departure of former design director Laure de Sade in November. “It’s an organic evolution to make sure whatever we do, we get the benefit of Clare’s amazing taste and [high standards]. Whether for Chloé or See by Chloé, women will recognize the elegance, femininity, grace and effortlessness of what we do.”

In the new store’s windows and first room a group of mannequins showcasing the Chloé “attitude of the moment” are playfully positioned among special Dirand-designed wooden installations framed with light bulbs that resemble oversized dressing room mirrors. The ground floor tour continues past the first staircase and along a courtyard-level passage carrying accessories, ending in a salon area housing Chloé’s biggest footwear space to date.

The upper level, which has wide parquet flooring, carries ready-to-wear, which generates almost as much as bags and shoes combined, in value terms, de la Bourdonnaye said. Beauty is of growing importance. With a See by Chloé scent due for launch this spring with fragrance licensee Coty Inc., Chloé in the first half of 2013 will introduce a skin-care line in Japan. There, its signature fragrance, Chloé Eau de Parfum, has held a number-one ranking since its 2007 introduction. Developed with Coty’s Lancaster brand’s laboratories, the treatment line will then be rolled out in Asia “as a first step.”

Chloé’s new flagship concept, meanwhile, will also be reflected in a store due to open in the coming weeks in New York’s SoHo district, as well new stores in Asia, where the brand’s growth is rapid. New locations are planned for Shanghai, Hong Kong and Japan.

De la Bourdonnaye declined to disclose projections for the Paris flagship or comment on the general outlook for 2013, as parent Compagnie Financière Richemont — which also owns Cartier, Dunhill, Lancel and other brands — does not give such breakdowns. “The fiscal year 2012 [March 2011 to 2012] was a record year, and we’re hoping this one will be, too,” he said.

Chloé’s anniversary festivities will run into 2013, meanwhile, with a capsule collection of reedition styles due to enter the flagship and other Chloé stores in January. It will also be carried by exclusive partners internationally, such as Printemps in Paris and Barneys New York.