The designer is slated to show her third runway collection for the fashion house on Monday. 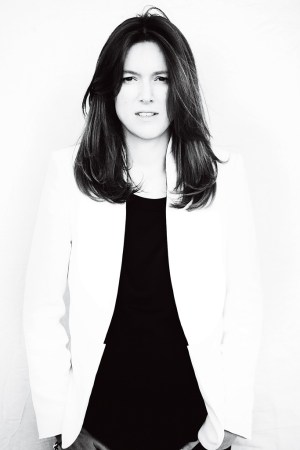 “After a year, you really start to get under the skin of a brand.”

So says Clare Waight Keller, who is slated to show her third runway collection for Chloé on Monday as the French fashion house marks its 60th anniversary.

Not that her spring collection will be a retrospective exercise.

“Everything should feel very relevant to today,” insists Waight Keller, who joined Chloé in May 2011 after six years at the creative helm of Pringle of Scotland.

While Waight Keller is the fourth young Englishwoman to helm the design studio in the past dozen years (after Stella McCartney, Phoebe Philo and Hannah MacGibbon), chief executive officer Geoffroy de la Bourdonnaye noted that Waight Keller is one of the few designers at Chloé to have prior experience as a creative director for a global brand.

“Clare is extremely smart and very mature in her approach,” de la Bourdonnaye said. “Her collections are elevating the standards for Chloé.”

At Pringle, Waight Keller oversaw women’s and men’s collections plus all aspects of brand image, including shop design, packaging and advertising.

An affable, down-to-earth mother of three, Waight Keller said she relates strongly to Chloé’s heritage.“[The brand] doesn’t take itself too seriously,” she said. “It caters to a real woman with more of a daytime wardrobe.…I love the fact that it feels very real.”

RELATED STORY: The Legacy: Chloé Through the Years >>

Indeed, rather than getting her kicks from seeing stars wear her gowns on the red carpet, Waight Keller appreciates the way clothes and accessories come to life when real women wear them in unexpected ways. “Fresh” and “effortless” are words that pepper her talk of Chloé.

She said the brand’s laid-back, low-key attitude stretches back to when Gaby Aghion conceived of the house as an alternative to the stuffy Paris world of high fashion.

“It had a resonance with women, because it was very comfortable to go there,” she said. “It was very real and approachable and everyday, rather than something elitist and couture.”

In her debut collection for Chloé, Waight Keller showed two densely pleated sundresses overdyed with kelly green and sunshine yellow that, when the wearer moved, erupted into rays of gleaming white.

They were in step with a nascent trend toward cleaned-up, modern design, and arguably her first iconic looks for the house. “They have a drama that’s caught a lot of attention,” Waight Keller shrugged. “At the same time, they feel very easy.”

She characterized Chloé as a “sisterhood” brand with a woman-friendly spirit, a quality expressed in advertising imagery picturing several models, underscoring the “secret society” vibe.

“Even in Karl [Lagerfeld]’s era, it was all about groups of women,” she said.

“For me, Chloé is so much about feeling good in what you wear, sharing it, expressing yourself through clothes, but you’re never dressed by your clothes.”

Teaming with curator Judith Clark to mount the 60th anniversary exhibition, Waight Keller took a wade through the archive and was struck by the varied facets of the brand — from a racy, breast-baring Helmut Newton photo of Paloma Picasso in a one-shoulder dress to some of the quirky designs by Lagerfeld.

“I always remember the floaty dresses and frilly collections. For me, it was quite an eye-opener to find a surrealist approach in [Lagerfeld’s] work,” she said, describing one dress covered with embroidered lightbulbs, and another depicting a showerhead raining water.

They were in fact a wink at founder Aghion and her husband’s inner circle, which included pioneers in various artistic movements.

In Waight Keller’s estimation, they’re proof of Lagerfeld’s “sense of irreverence” and the lighthearted spirit that permeates the house’s history, intermingled with some risqué moments in certain eras.

“You see a sense of femininity, and that’s really the root of the brand,” she explained. “There’s a lightness and frivolity; it’s quite cool and nonchalant, yet confident.

“Even if the essential core of the brand is about movement, the movement has changed over the years,” she continued. “That’s something we’re trying to show across the exhibition. It’s more eclectic than just a fluid dress.”