The French designer is leveraging her Italian connections to propel her Koché label into a new phase of expansion.

A look from Pucci.

Between her collaboration with Emilio Pucci, set to bow in Milan today, and her recent alliance with entrepreneur Renzo Rosso’s fashion group OTB, the French designer is leveraging her connections across the Alps to propel her Koché brand into a new phase of expansion.

Hot on the heels of her prestigious ANDAM Grand Prize and collaborations with Nike and Converse last year, she is the first designer to be invited by Pucci to interpret its rich heritage, as part of a new strategy aimed at fostering creativity and innovation at the house, founded in 1947 in Capri.

Kocher, known for her guerrilla-style fashion shows melding sportswear influences with couture-inspired techniques, is no stranger to the brand’s history.

“I love reading the biographies of designers and I read about the life of Emilio Pucci years ago,” she said in an interview at her design studio, located on a cul-de-sac in the multicultural district of Ménilmontant in Paris. An aristocrat, Olympic skier and air force pilot, Pucci pioneered a lifestyle approach to fashion.

“He was a real character, and I think his approach was very modern. His brand was founded on comfortable jersey clothes, which was very unusual at the time. In the Fifties in France, designers like Dior were putting women in corsets and skirts made from acres of noble fabric,” Kocher said. 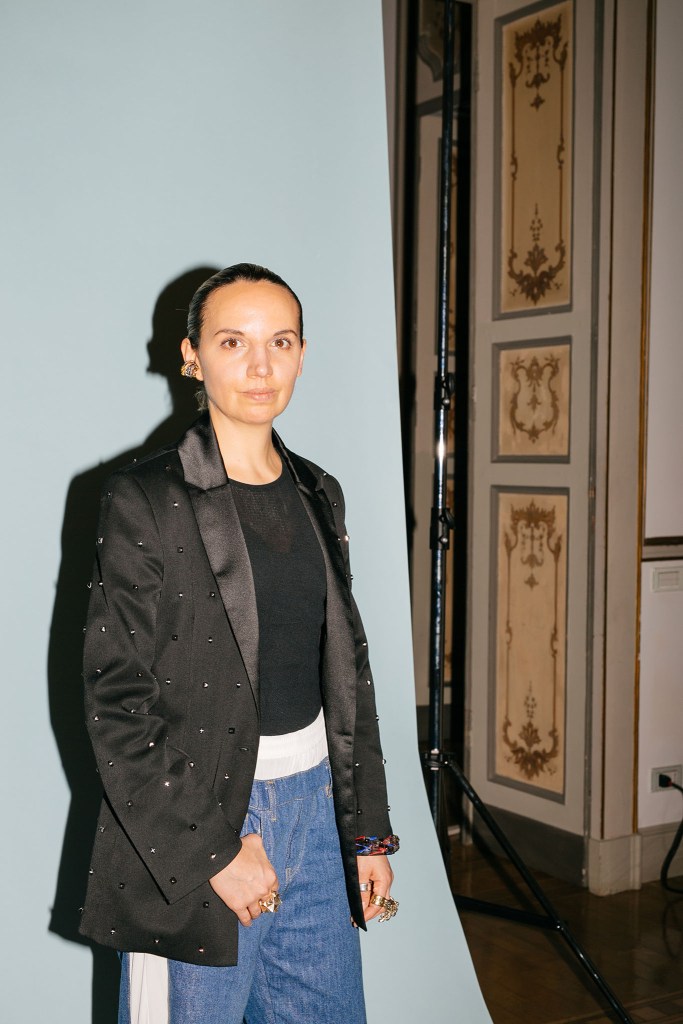 “He was dressing the jet set before it was a thing. In the Sixties, he was making clothes designed to travel: jersey outfits you could roll up and pack into your suitcase, and they wouldn’t wrinkle,” she added. “That’s quite similar to the way I like to inject very comfortable sportswear elements into my clothes.”

Laudomia Pucci, Emilio Pucci’s daughter and the brand’s image director, welcomed Kocher at the family’s historic palazzo in Florence for a research trip.

“It was a joy to guide Christelle Kocher through the archives. We put together a big selection of items and an important setup of different stories, fabrics, prints, embroideries to inspire her. She was thrilled and immediately immersed herself into the Pucci universe,” Pucci said.

“There were a few prints that really drew her attention, especially the Palio collection that my father designed in 1957 and that ended up being a key part of her Pucci interpretation,” she added.

Indeed, with their graphic prints — inspired by the colorful banners of the different teams in Siena’s traditional horse race, known as the Palio di Siena — some of the evening dresses in the Palio collection could be considered ancestors of Koché’s signature patchwork soccer jersey dresses.

Kocher worked on the collection at Pucci’s atelier in Bologna, marveling at the way the team placed prints and embroideries using 3-D computer technology.

“I’m super happy to be the first to launch this cycle. It was a real honor to revisit, rediscover and hitch my DNA to this brand,” said the designer, noting that Pucci’s heritage extends far beyond his signature psychedelic prints.

“There were dresses, pants, shirts and jackets in solid colors, and his sense of color was incredible,” she said. “Likewise, his print vocabulary was much richer than what is known today. Those graphic designs were so emblematic, but in the beginning, he was inspired by maps, and there were also some very cute floral and heart motifs.”

Kocher is bringing a touch of Paris to the show. In her twin role as artistic director of Maison Lemarié, she has tapped the Chanel-owned specialty maker of feathers and flowers to embellish several pieces, including a hooded coat covered in pink feathers. 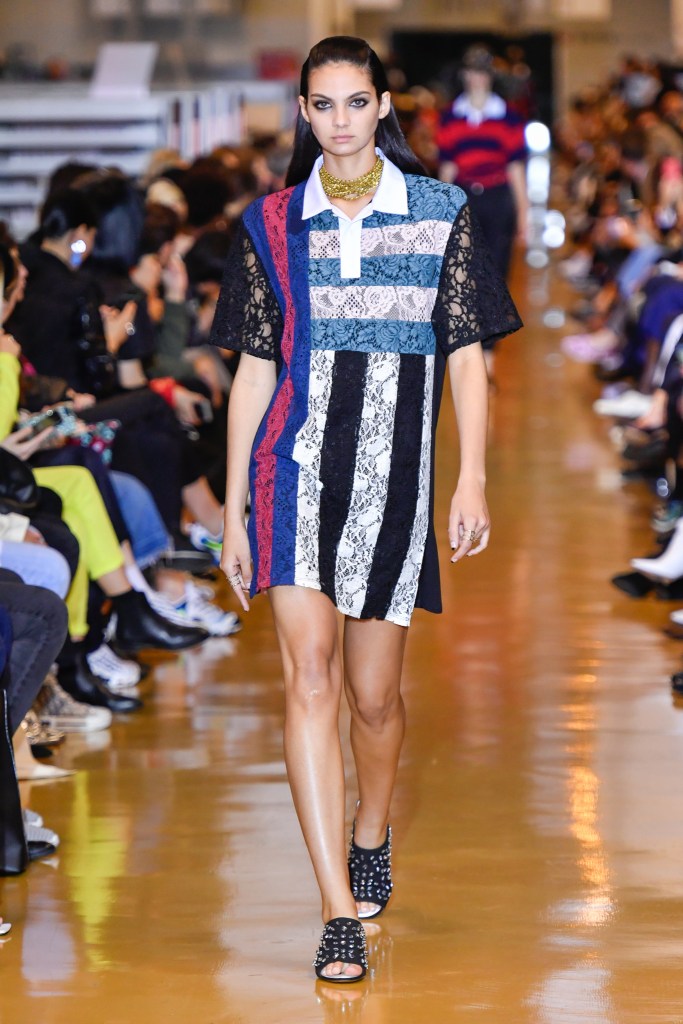 Having staged shows for Koché with diverse casts in locations including a Paris shopping mall, a New York bookstore and a ferry docked in the port of Marseille, she hopes to inject her signature street sensibility into the Pucci presentation, to be held at San Paolo Converso, a 16th-century former church in Milan.

“To me, the shows are always a moment to come together, and it’s important for me to have a dialogue,” Kocher said. “That’s why I wanted to have a live presentation, because I think it’s one of our strengths. We manage to send a lot of messages through our shows. The Koché girl is on the move.”

Controlled by LVMH Moët Hennessy Louis Vuitton for the past 20 years, Emilio Pucci has experimented with a variety of permanent designers, including Julio Espada, Christian Lacroix, Matthew Williamson, Peter Dundas and MSGM’s Massimo Giorgetti. Since Giorgetti exited in 2017, an internal team has turned out collections as LVMH executives pondered the best way forward for the house.

Engaging serial collaborators rather than a full-time creative director is becoming a more common business model, pioneered by Ruffo Research in the late Nineties and adopted in recent years by larger brands such as Moncler and Tod’s.

Noting that sportswear brands popularized such partnerships, Kocher said they were in tune with customer demand. “People want to have special things. They like to own limited-edition products,” she said. “It creates desirability, and it’s also a way to revive houses that are a little dormant, bring in a new eye and inject fresh energy.”

Since November, her own brand has also entered a period of renewal. Its fall ready-to-wear collection, to be shown in Paris on Feb. 25, will be the first produced with OTB’s production arm Staff International, whose portfolio of brands includes Maison Margiela and its contemporary line MM6, Marni Men, Dsquared2 and Just Cavalli.

Rosso was the mentor for last year’s ANDAM award, which marked 30 years since designer Martin Margiela won the inaugural prize, and he and Kocher hit it off.

“We have the same kind of energy and we’re both very direct, so we got on extremely well. He’s super charismatic, he has a creative and a business vision. The way he looks at things can be quite radical and he’s good at getting people on board. It’s inspiring for me to work by his side,” she said. 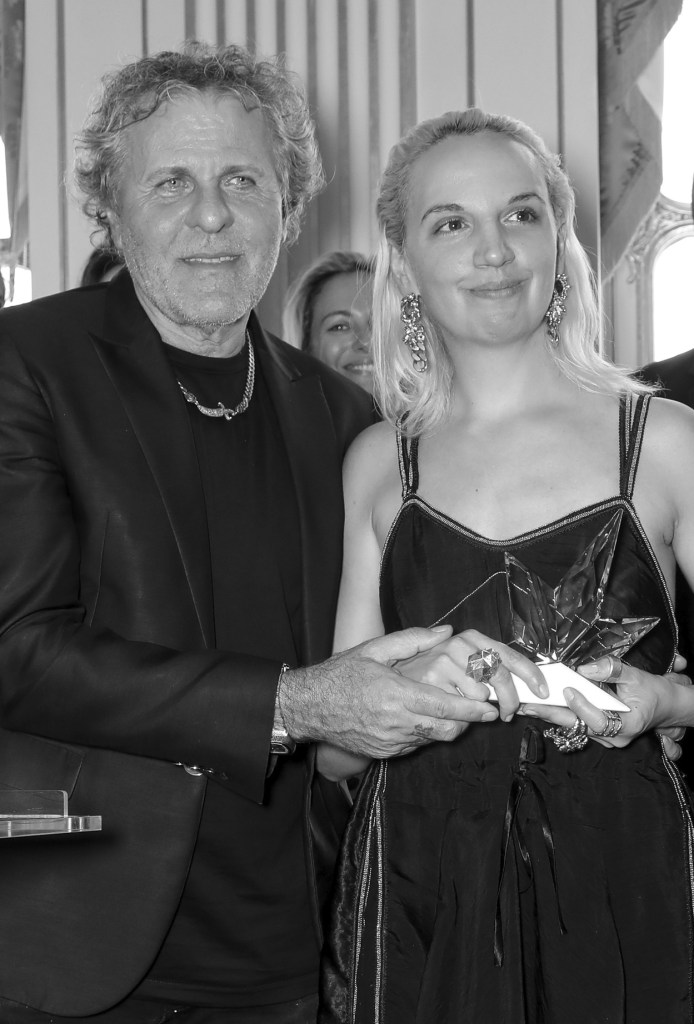 The license agreement, signed in November, covers product research and development, production and worldwide distribution (retail, wholesale and online) of the Koché brand, and will allow the designer to develop new collections, like denim, and categories such as footwear, handbags and small leather goods.

As a result, she is roughly halving her team in Paris. “I still have a seamstress and a patternmaker here who help me research volumes in 3-D, but all the development is done over there,” said Kocher, referring to Staff International’s headquarters in Noventa Vicentina in northern Italy.

“It’s amazing for a young brand to have access to all this know-how. Everything is becoming professional. They are extremely responsive and organized, and there are things I couldn’t necessarily do before, namely in jeans or other technical areas, because I didn’t have the required quantities to gain access to factories,” she noted.

“This widens the field of possibilities and obviously, the quality has also improved,” she added. “It’s like a new beginning.” Expect to see more denim in her fall collection, reflecting OTB’s expertise in the segment through its flagship brand Diesel — though accessories won’t come on stream until next season.

While Kocher declined to disclose her brand’s revenues, she said she hopes to double the number of points of sale worldwide to around 120 by year-end.

“The idea is to grow it into a global brand. At this stage, Renzo and OTB have not invested in Koché — it’s an industrial partner that is producing Koché’s collections. We’ll see also how things develop,” she said.

Since launching her brand in 2014, Kocher has plowed her furrow with quiet determination. After all, she applied twice for the LVMH Prize for Young Designers and twice for the ANDAM award before snagging her win, which she says has given the brand a certain “respectability.”

Expect her to apply the same doggedness to this new phase. “Obviously it’s the beginning of a new adventure, but the project remains the same. It’s important to me to be persistent in my message and brand values, but make it more professional and try to amplify my reach,” she concluded. “We’re on the launchpad with Koché.”