The Miami store features a nail salon, a food truck, rotating DJs, a host of special events and merch from an artist collaboration with Anselm Reyle. 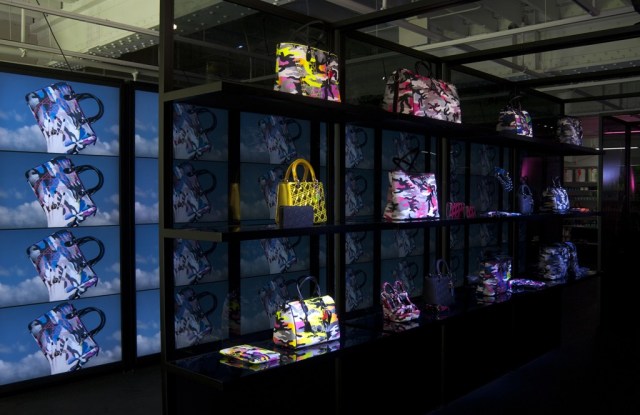 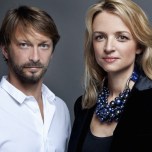 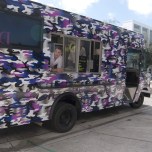 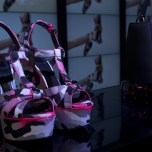 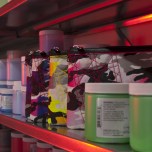 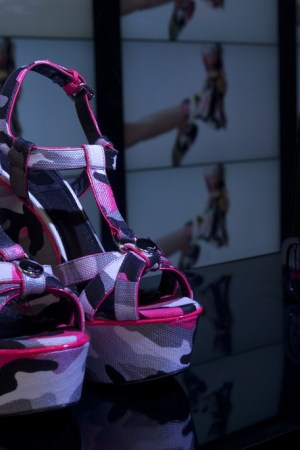 A shoe from the Anselm Reyle for Dior collection. 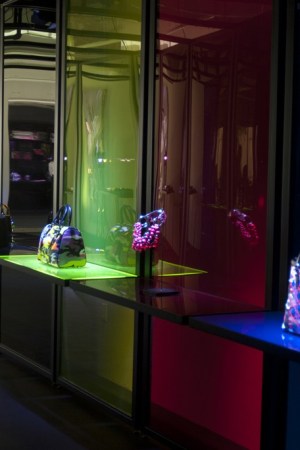 Bags being showcased from the collection. 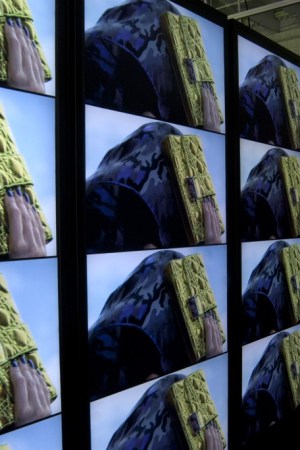 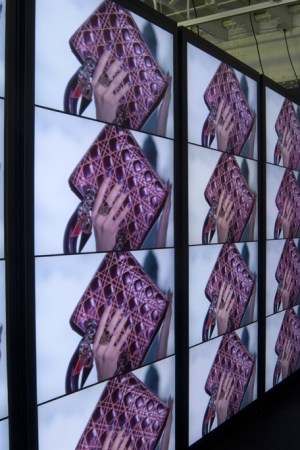 It’s a phrase that will end up describing a myriad of things throughout the interview, but right now it’s an apt motto for the 3,100-square-foot shop in the heart of Miami’s Design District. The store is an explosion of fluorescent color and visual stimuli, a meld of Plexiglas and endless video screens. Mannequins sport black wigs dip-dyed in party pinks and purples. There’s a nail salon in the back — free afternoon manicures! — replete with Louis XVI chairs covered in the splashy camouflage pattern Reyle created for the line. Even the food truck outside, which will serve French pastries and coffee from 11 a.m. to 1 p.m. every day during the store’s two-week run, comes covered in those punchy camo motifs. Ditto the tiny square vases on the tables outside, which are set up on the sidewalk Paris café style.

“Fun,” too, is how Arnault depicts the spate of events Dior has planned for the pop-up, which also showcases a photo booth, a rotating roster of DJs (Harley Viera Newton, Mia Moretti and others) and special events, including a party tonight hosted by Inés Rivero, and a game night on Thursday, headlined by Camille Miceli, Dior’s artistic director of costume jewelry. The latter features pinball and foosball tables, their designs inspired by the various necklaces, rings and bangles in the collection.

While this is Dior’s first artist collaboration, the firm’s art ties run deep, as Arnault will tell you: Christian Dior, before he created a revolution with his flared skirts and pinched waists, was a gallerist. Nowadays, the company often enlists artists for projects — like Daniel Arsham, who did the window installations for the New York, Milan and Paris stores earlier this fall — and has plenty of exhibits under its belt, including the recent “Inspiration Dior” show at the Pushkin Museum in Moscow. (Those needing a refresher course can check out the hefty exhibit catalogues and Dior-centric art books on view at the pop-up.)

The Dior-Reyle partnership is particularly news-breaking, considering it took the 64-year-old house this long to make the move, especially when other firms (most noticeably sister brand Louis Vuitton) have long trail-blazed the path. So why now?

“I was looking at his work for a long time,” Arnault responds. “He’s young, in his 40s. I think what he has done is very modern. It was a decision that was also [Dior president and chief executive offer] Sidney Toledano’s. The fact that Anselm can work very well with the codes of our house — he was the best for us.”

That doesn’t quite explain the timing since the Arnaults have been following — and scooping up — Reyle’s work for five years now. Maybe they’re looking to provide a creative jolt at a time when Dior is still searching to fill “that” position? If such is the case, Arnault isn’t letting her cards show. “It was a great opportunity,” she says. When pressed if there are other artist collaborations in the pipeline — she’s hitting up this week’s Art Basel, after all — she politely demurs. “We might. But at the moment, we’re focusing on this one.”

Whatever the impetus, it occurred early last year when Arnault contacted Reyle’s Paris gallery, Almine Rech, about the partnership. Reyle, for his part, didn’t immediately jump at the chance. “I waited a bit at first because it’s not the usual thing for artists to do such a collaboration,” he says. “I had to think about it.” But three days later, he agreed. “I thought of it as a design project,” he continues. “I think I understood why they asked me. My work is a lot about materials, color, surfaces and textures and builds on things that already exist.”

Reyle’s first proposal to Dior was to use his signature stripes, but he soon realized that what’s good for art isn’t always good for fashion. “When I use stripes in my work, there’s a kind of irony,” he says. “But in fashion, you have stripes every season without any irony.”

Reyle played with a whole host of themes during the yearlong process before landing on fluorescent camouflage, another of his trademarks. “It’s interesting to see how camouflage has been adapted by the pop world from its military background and how it’s lost its original purpose,” he says. “It usually hides something, but here it’s the opposite.”

As for whether there’s a wink-wink to the flaunt-it, show-it, look-at-me status of fashion — not to mention luxury, Dior and “It” bags — Reyle simply says, “It’s not a coincidence I used camouflage.”

Turning his attention to the store, the artist highlights one of the paintings created for the collaboration (post-pop-up, it will go to Bernard Arnault’s Louis Vuitton Foundation for Creation). “Mauve Earth,” completed in September and nearly 8 feet tall, was painted on the actual camouflage canvas used to make the Dior handbags. On it, eagle-eyed shoppers will find references to all the motifs in the collection. There’s the house’s “cannage” pattern, tilted on an angle, as well as the colored shards of glass, which he translated as Plexiglas charms dangling from handbags.

A second painting features silver Mylar foil and a quartet of neon letters spelling out “Dior” in capital letters. It carries a neon-nightlife vibe not unlike Miami Beach — also not a coincidence, Reyle says. Nor is the slice of Berlin he brought to the shop. In the back of the room, shelves are lined with colorful paint tubes, cans and buckets, masking tape and the like, re-creating a scene from his own studio back home.

As to why Dior chose Miami as the locale for its first pop-up, Arnault says that it just made sense. “Miami is young, it’s fun, it’s modern, it’s very colorful and has a lot of energy,” she says, adding that Dior Homme will be opening a store nearby next year, so “it’s a way to give a little bit of life to the neighborhood.”

Plus, there’s the Art Basel tie. “Anselm is a very famous artist,” Arnault notes. “We thought there was a good synergy.” Not to mention good hype to have the arty crowd getting first dibs on a collection — prices range from $310 for a resin bangle to $4,500 for a metallic lambskin Lady Dior — that doesn’t arrive in stores worldwide until Jan. 9. After that, Dior will team up with select retailers, such as New York’s Saks Fifth Avenue, Tokyo’s Isetan and Paris’ Galeries Lafayette, for special installations on which Reyle is also collaborating.

When asked if flash stores like this Miami outpost represent a new business strategy for the house, Arnault says they “might.” And then she brings it back around to her favorite word. “I think pop-ups are fun.”