The footwear star has joined Zepeto, and avatars can discover his spring 2021 collections.

If you’ve ever wanted a selfie with Christian Louboutin, now is your chance in one of three picturesque locales: an idyllic Parisian square, in his temporary flagship boutique or on the dance floor of a disco.

All of the action takes place with avatars on Zepeto, a social gaming app that the shoe guru has joined to unveil his spring 2021 men’s and women’s collections during Paris Fashion Week.

Members of the press and VIP guests will discover Loubi World first on Oct. 2, plunging into a virtual world that lets them eat an ice cream or crepe, catch a performance by singer King Princess, interact with other avatars or try on the new Loubishark sneakers with their fang-like soles.

It’s a quirky and creative way for the French luxury brand to participate in fashion week in the time of COVID-19, and to reach Gen Z customers where they are congregating, amusing themselves and consuming content. Coins earned during gaming sessions can be spent to buy virtual products on branded spaces. 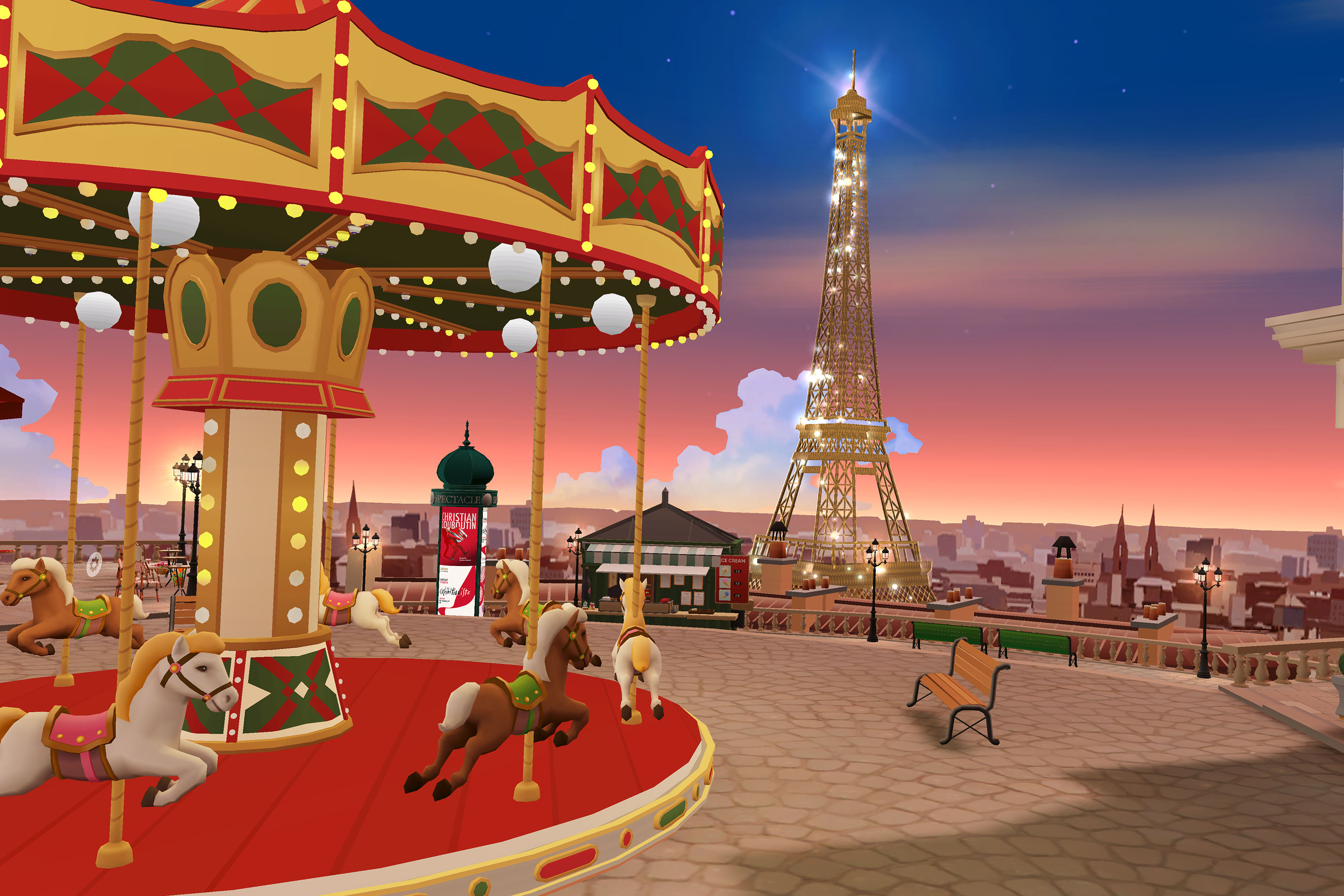 A preview of Loubi World.  Courtesy of Christian Louboutin

Developed in South Korea and launched in 2018, the Zepeto app boasts 178 million registered users, has sold 600 million virtual items, and generated 780 million photos and videos, often shared, according to figures provided by Louboutin during an exclusive preview of the Loubi World experience.

The majority of users are girls ages 13 to 24, and concentrated mainly in Asian countries, Russia and the U.S. Nike and The North Face are among fashion brands already on Zepeto, with Louboutin billing itself as the first luxury arrival.

“The luxury industry is not only for people who can afford to buy, but also for people who are dreaming about fashion, and who are interested in it,” Louboutin said in an interview. “It’s introducing ourselves in a different way to a different customer.”

The shoe guru confessed he is not very high-tech — “I can barely turn on the TV,” he sighed — but he took notice of how many people took to gaming during confinement, and has already dipped a toe in. Over the summer, he added styles of his flesh-colored Nudes collection on the Drest fashion game app.

And the videos he developed for his current exhibition at the Palais de la Porte Dorée — starring a tiny Louboutin in a red suit doing his best Charlie Chaplin — are almost in the spirit of the gaming world’s avatars.

On Zepeto, users must first create an avatar of themselves, and the technology gives everyone a youthful, doll-like appearance. Louboutin allowed some gray to pepper his goatee, though his moves are lithe and funky at the disco, where he’s decked out in his cloud-speckled “Magritte” blue suit and grooving to DJ Zimmer.

The designer noted that players can create their avatars without any consideration of gender, or style limits — so men can try on women’s shoes and vice versa.

The programmers incorporated Louboutin’s favorite features of Paris — a sparkling Eiffel Tower, a café terrace, a merry-go-round, and the Galerie Véro-Dodat, the 200-year-old passage where he opened his first store in 1991 — along with a replica of his new Rue Saint-Honoré flagship, which replaces his previous boutique on the Rue du Faubourg Saint-Honoré. 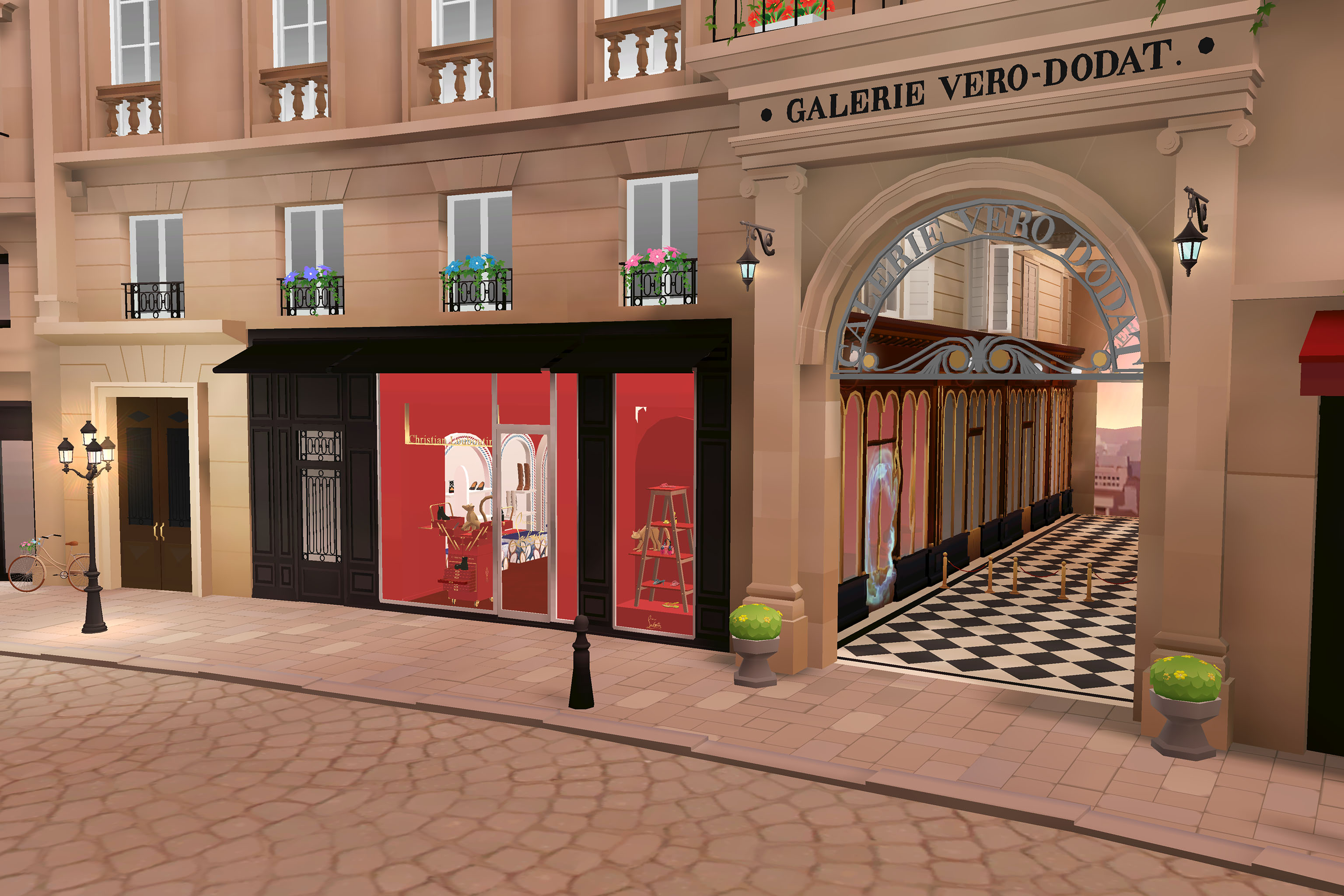 A preview of Loubi World.  Courtesy of Christian Louboutin

While the shoes and bags that avatars can wear are faithful renditions of the spring designs, Loubi World also incorporates fun TikTok-esque videos of real people hopping around in tall boots swishing with fringe, raffia sandals and funky high tops.

The Zepeto app offers so-called 8-D sound, and users can create Instagram-like profiles, message each other, or join virtual gatherings that can swell up to 25,000 people.

Newbies invited for the Oct. 2 launch will be limited to groups of 16, and Luddites have the option of watching a video of the experience passively, without having to play games or create an avatar.