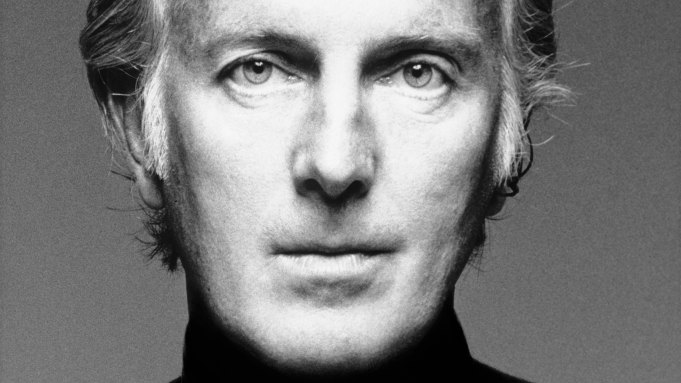 PARIS — The sale of Hubert de Givenchy’s estate at Christie’s in Paris next week reflects the exacting eye of the designer known as the ambassador for French taste, as the house he founded celebrates its 70th anniversary.

With 1,229 lots going under the hammer, and a global estimate of around 50 million euros, it will mark the biggest single sale ever conducted at the Paris branch of the auction house, and cement Christie’s reputation as a powerhouse for auctions of single-owner collections, including the historic sale of the collection of Yves Saint Laurent and Pierre Bergé in 2009.

On Wednesday, the house staged a preview of more than 900 lots in a special presentation at its headquarters on Avenue Matignon, which will be open to the public from Friday until June 14.

Due to the draw of the Givenchy name, Christie’s expects crowds of visitors to take in the “Hubert de Givenchy – Collector” exhibition, conceived by set designer Cécile Degos, which recreates several rooms from de Givenchy’s two principal residences — the Hôtel d’Ourrouer on Rue de Grenelle in Paris, and the Renaissance-style Château du Jonchet near the Loire Valley.

Two online sales of smaller items, such as tableware, kicked off on Wednesday and will run through June 22 and 23, respectively. Among the most accessible lots are a malachite box, estimated at 100 euros to 200 euros, and a ‘90s-era office chair with an initial price tag of 50 euros to 80 euros.

Live auctions will run from June 14 to 17 at the Théâtre Marigny and the Christie’s sale room in Paris, which has been temporarily transformed into a replica of the parterre garden at the chateau, featuring sculptures of stags that were originally made for the couture salon of Cristóbal Balenciaga, who gifted them to his fellow designer when he retired.

Among the star lots are “Woman Walking,” a cast of a statue by Alberto Giacometti with an estimate of around 30 million euros, and Joan Miró’s “Passage of the Migratory Bird,” which used to hang in the designer’s bedroom. The painting, which has never before been presented at auction, has a starting price tag of 2.5 million euros to 3.5 million euros.

But mainly, the collection reflects de Givenchy’s passion for the 18th century, with works of art, sculpture and furniture representing what is known as “le goût français,” or “French taste” — some sourced from fellow designers, including Gabrielle “Coco” Chanel and Karl Lagerfeld.

It was an emotional occasion for Charles Cator, deputy chairman of Christie’s International, who worked with de Givenchy on the first sale of objects from his collection at Christie’s in 1993, and several subsequent projects until the designer’s death in 2018.

“The sale in 1993 was an extraordinary experience for me,” Cator recalled. “That changed my working life forever but it also, I think, changed the way we approached collection sales. And indeed, somebody once said to me that the sale in ‘93 set the pattern for collection sales for the next 20, 30 years.”

De Givenchy was named chairman of the supervisory board of Christie’s France in 1997 and a member of its international board and was involved in a number of exhibitions and sales, most recently, the auction of his collection of works by Diego Giacometti in 2017.

Collecting was a lifestyle for the tall designer with aristocratic roots and bearing and his partner Philippe Venet, whose flawless taste extended to every aspect of their home — including the garden table.

“It must be the only table that had a denim cover made by Givenchy because there were a lot of birds up above and it slightly annoyed him that they kept on making a mess. So he had the maison de couture make a denim cover for it that he could then take off and wash,” Cator recalled.

What linked de Givenchy’s clothing, such as the black dress that Audrey Hepburn famously wore in “Breakfast at Tiffany’s,” and his furniture collection was his love of structure and a deep respect for craftsmanship, Cator said.

“The chairs, it’s sculpture, it’s shape and profile,” he said, walking through the display. “Obviously, very much part of his aesthetic is the line.”

He pointed to an 18th-century mechanical cylinder bureau by David Roentgen, with secret drawers and elements that are released when a key is turned. “Like a couture dress, to make it do what it does, there’s a huge amount of ingenuity,” he remarked. “And I think that’s what he liked in furniture.”

De Givenchy was strongly influenced by American garden designer and socialite Bunny Mellon, who had her own bedroom at the Château du Jonchet, which has been recreated for the presale exhibit.

“He obviously made wonderful clothes for her but also, they were interested in interiors, collecting and had lots of fun times together looking at things, and I think she was also very influential in keeping always a sense of simplicity and balance with everything. He had it, but I think she emphasized it,” Cator said.

The blue and white décor of her bedroom was something of an anomaly for de Givenchy, who favored a palette of green, gold, white and black. The first floor of the Christie’s exhibit includes a replica of the eye-popping green velvet room in his Paris apartment. “He said, ‘Toujours le vert, toujours le vert, Charlie,’” Cator recalled with a smile.

De Givenchy would often reupholster chairs to make them more to his liking. “He was obviously, in his métier, incredibly interested in fabrics and materials, and he sometimes used old materials or often plain materials,” Cator said.

Conversely, de Givenchy updated a Louis XVI bergère chair with a textile designed by artist Georges Braque, and had Givenchy’s glove makers embroider elaborate leather and suede upholstery for a series of Claude Sené chairs dating from the 18th century.

He was sensitive to the provenance of pieces, such as one of his first major purchases, an armoire made by André-Charles Boulle, furniture maker to King Louis XIV, which is the centerpiece of an exhibition running concurrently at the Kugel gallery in Paris from Thursday until June 15.

Previously owned by José-Maria and Misia Sert, friends of Chanel, the armoire stood in his living room alongside a painting by Mark Rothko, illustrating his early knack for mixing epochs.

From Chanel, who regularly invited him for dinner, he bought a Régence gilt-oak console table, dated circa 1710 to 1720, and from Lagerfeld, a pair of Louis XVI-era chimney accessories — both with an estimate of 60,000 euros to 100,000 euros.

“The interesting thing about the collection, because there’s such a vast range, is that it’s his eye all the way through, from the grand to the simple,” said Cator.

He believes that discerning eye is what kept the interiors from feeling oppressive, despite the staggering amount of objects they contained, including 440 examples of seat furniture alone.

“The rooms had an incredible harmony and serenity because they had a tremendously strong structure. And then you can layer, because people say, ‘Goodness, with so many things in these rooms, how could you say that they’re very peaceful?’ But in fact, actually, they were, and I think it’s because there was the underpinning,” Cator explained.

What sets the collection apart from estate sales by other designers such as Saint Laurent and Lagerfeld, he believes, is that Givenchy bought pieces specifically for his homes.

“He understood how to use furniture, but he didn’t buy things just for the sake of them, so it’s different,” Cator said. “He was more focused on the rooms that he had and how to make them as wonderful as possible.”

Alexis Kugel, co-owner of the Kugel gallery, said he and his brother Nicolas owed a debt of gratitude to de Givenchy, a long-standing client who designed the gallery’s stand for the Biennale des Antiquaires in 1994, centered around the famous Boulle armoire that he had sold to them two years prior.

“He taught us a certain sobriety in terms of presentation, a taste for symmetry. Those were great lessons and for the next 20 years, he remained a very regular customer who liked to constantly improve his collections,” Kugel recalled.

The “Hommage à Hubert de Givenchy, Collectionneur” exhibition provides a rare opportunity for members of the public to enter the imposing Kugel gallery on the banks of the Seine river, which spreads out over more than 10,765 square feet on three floors.

“For us, the most important thing is to provide people with a real-life illustration of what you might call ‘le grand goût français.’ It’s hard to explain it, but it’s a mixture of luxury without ostentation, perfection in proportions and intelligence of design, and you find this in each of these pieces of furniture,” Kugel explained.

“We are strongly relying on the Hubert de Givenchy sale [at Christie’s] to help a new generation that has perhaps slightly forgotten the French 18th century, that is perhaps growing tired of the minimalism of the white loft, to rediscover the infinite pleasure of living surrounded by beautiful objects,” he said.

Hubert de Givenchy Has Died at 91

A Look Back: Givenchy on the Changing World of Fashion