Retailers say Kane is redefining luxury for a new generation of men and women.

By Samantha Conti
with contributions from Nina Jones
on April 29, 2015
View Slideshow 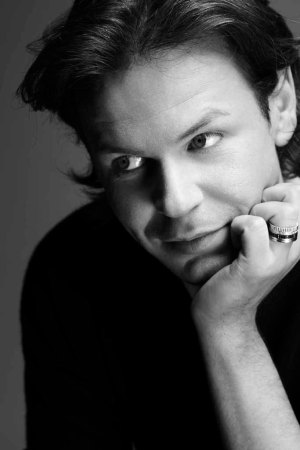 There is no stopping this young Scot who’s worked alongside Donatella Versace and who secured a backer in Kering Group not long after launching his label. Retailers say he’s redefining luxury for a new generation of men and women with a heady mix of craftsmanship, novel styling — and an obsession with nature and science.

Disparate as they are, both are symbols of the eclectic new world the 32-year-old Kane is determined to build.

Last month Phillips flickered with candles and light projections that resembled constellations — Kane is an out-and-proud science geek — as the venue for a dinner to mark the opening of the designer’s first stand-alone store, on London’s tony Mount Street.

Seated at the long table were François-Henri Pinault, chairman and chief executive officer of Kane’s majority shareholder Kering, and his wife Salma Hayek; Kane’s friends Erin O’Connor, Caroline Sieber and Fritz von Westenholz; his Mount Street neighbors Nicholas Kirkwood and Solange Azagury-Partridge; the store’s architect John Pawson, and one of Kane’s aunts who’d traveled from Scotland for the opening. The Kanes are a tight bunch.

Ten years ago, for any young, emerging London designer, the Phillips scenario would have been surreal, a juicy fantasy: A billionaire luxury-goods backer! A flagship in Mayfair! Double-digit sales growth! And while Kane’s brand of success — rapid, consistent, well timed and well deserved — may be rare, he’s also proving that an ambitious London design talent can have a shot at worldwide, branded stardom.

Kane, who founded his label in 2006 and sold a majority stake to Kering two years ago, is determined to rocket as far as he can. “I’m not going to lie. Of course I want stores all over the world. Because you want to really reach out to everyone, and why not?” says the designer, who’s noted for his neon bright palette and sharp industrial details coupled with patterns inspired by the human form, computer graphics and outer space.

“The whole point of building the business is growth, and natural growth, so bring it on. I want the business to be profitable and successful in five years, 10 years. That’s the whole point. I love my job, but at the same time I want the product to sell, to really seduce people. We’re on our way to being that household name. Baby steps, but we’re doing really well,” he says during an interview before a studio shoot.

Even Kane’s choice of architect for the new 4,100-square-foot flagship shows the scale on which he’s thinking. John Pawson is the celebrity British architect who famously designed the Calvin Klein Collection store in New York in the mid-Nineties, sparking a rage for white-box minimal retail interiors.

A clothing-driven, luxury fashion brand is what Kane is after, and he’d already started building it with his sister and 24-hour sounding board Tammy Kane, the company’s deputy creative director — even before Kering came along. He’d completed a three-year stint with Donatella Versace to design the Versus line, revived in 2009 after a four-year hiatus,
and collaborated with J Brand, Topshop, Swarovski and Shiseido before Kering took a 51 percent stake in his brand.

Kane is unabashed about his love of science, which dovetails naturally with his artistic instincts, Leonardo da Vinci-style. “I look at everything, I’m not a snob when it comes to visual information or TV or film or music, so, keep your eyes and ears open, really, that’s how I do it,” he says, adding that he’s always loved biology in particular. “I think there’s such a great source of inspiration there, when it comes to nature, and obviously the brain.” His at times racy collection for fall was inspired by sexual romance and featured embroidered ribbons zigzagging across lace dresses like an EKG during an orgasm.

From the get-go, Kering’s aim was to transform Kane into a global brand name. “Christopher Kane is already established as a luxury label and has a tremendous intrinsic growth potential,” Pinault noted in 2013, right after taking a stake in the company. “We have great ambitions for the brand.”

Retailers believe the Kane mission is possible. “He is redefining luxury for a whole new generation. His trailblazing take on luxury and craftsmanship is a perfect match for the modern customer’s appetite for newness,” says Suzanne Timmins, senior vice president and fashion director at Hudson’s Bay. “His showstopping dresses often sell out before they have even hit the floor. He is still in the early stages of his career, so there is endless potential for development in many categories.”

Laura Larbalestier, women’s buying director at Browns in London, which has been buying Kane’s collections since he made his runway debut in 2006, says he epitomizes London creativity and is seen as “the city’s most directional designer.” She believes customers respond to the narrative around the designer, the youngest of five from a town southeast of Glasgow. “The perception is of a raw talent from Scotland who has had a great success story.”

Ed Burstell, managing director of Liberty, agrees. “You look at the pieces and know they will stand the test of time,” he says. “The coats, in particular, are to die for.” He believes Kering was “future-proofing” when it bought Kane, and has ample resources to transform the brand into a global powerhouse. “My hope is that they don’t push him too fast. The growth needs to be at the designer’s pace.”

Kane’s new ceo Sarah Crook, a Kering veteran who helped build Stella McCartney into a multimillion-dollar business, is determined to focus on organic growth, with a very measured approach to strategy. “Christopher is very much about creativity,” she says, adding that the plan is to nurture it, push the boundaries and innovate as well. “I think he has a great ability to stretch into the lifestyle element, and that is certainly the plan. The objective is to become a global creative fashion brand.”

While fashion has been, and will always be, the heartbeat of his business, Kane is already thinking about launching eyewear and fragrance categories, and building up the beauty line. “Because at the end of the day, not every little girl or teenager is going to be able to afford a Christopher Kane dress or a sweater, but she can afford this great lipstick or lip gloss.”

Although Kering declined to reveal any numbers, industry sources estimate Kane’s business was turning more than 7 million pounds, or $11.1 million, two years ago when the designer sold it, and is now generating about 11 million pounds, or $16.5 million, in annual sales. The brand has 150 points of distribution, including Barneys New York, Neiman Marcus, Jeffrey and Opening Ceremony, and is notching double-digit growth year-on-year.

Europe remains the strongest region for the label, with the U.K. being Kane’s biggest market. According to Crook, South Korea is also an important country, while Hong Kong and China offer much potential.

“The real growth opportunity is obviously the U.S.,” says Crook, who’s traveling in the States on appointments with Kane. (The designer will be in New York attending the Met Gala on May 4 and dressing one of the celebrity guests, although he’s mum on the details.)

The next retail venture will be online, and is scheduled to start trading later this year. “That’ll already be our global visibility store, which we’d like to do in a sort of different way. In the next five years, for sure, we’re planning to have an increase in the number of stores. We will definitely be in the key markets,” Crook says.

Accessories, she adds, will eventually generate 25 to 30 percent of the business. “We’re doing a bit more development on the footwear category, which has been very good for us, actually. We’re seeing a very good trajectory on that.”

This could not be a better time for Kane, whose brain is a geyser, ever exploding with fresh ideas. He is so prolific that Tammy has been known to snatch away his pencil and sketch pad. “At the beginning of a collection he starts sketching. He’ll do 200 sketches, and I’ll say: ‘It’s enough! We just need 20. It’s time to stop now, Chris,’” Tammy said in an earlier interview. She describes her brother going to Milan for Versus with a stack of sketches and virtually being able to wallpaper Versace’s studio with them.

Not surprisingly, Kane’s archive is crammed with years of ideas that have not yet seen the light of the catwalk. “Sometimes it is good to get them out…like ‘I need to get this over with’ and do it, and then it’s done,” he says. “Or it’s sometimes good to have recurring themes from other seasons come back. It’s nice to reinvent them again. We’re always looking back to look forward. And then every season we do change direction, and it’s an education in itself, because we’re working with new fabrics, new techniques.”

Despite the creative proliferation, the designer isn’t easily overwhelmed. “Resort, men’s, I’m one-track, I’m literally like, do it, do it, do it. We’ve already started spring/summer, I’m really on track with that, and I feel good,” says Kane, whose universe just keeps on getting bigger.