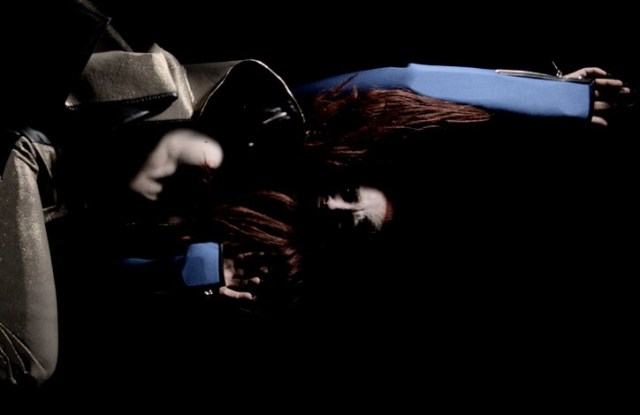 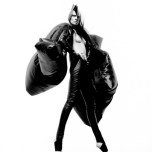 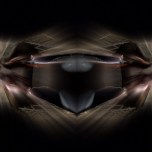 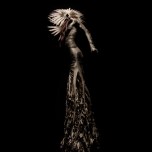 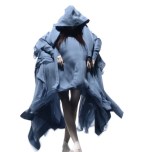 The glorious force of Florence’s monuments is enough to enlighten the darkest of sensibilities. Among the converts, Pitti W’s guest designer Gareth Pugh created a divine moment as he showed his latest fashion film on Thursday night at the city’s medieval Orsanmichele church.

Borrowing from the site’s religious iconography, Pugh embraced color, namely cobalt blue, symbolizing, in his eyes, femininity and virginity, that appeared on billowing, ethereal silhouettes. The designer’s profanity surfaced in gold — “It’s very Versace and Cavalli, it’s loud, rich and vibrant,” he said of the metallic hue, which he applied to sculptural, mirrored pieces.

Projected on the ceiling, Pugh created his own modern-day digital fresco. Directed by Ruth Hogben, the frenetic imagery flashed through a blue-clad demonic Virgin Mary, played by Pugh collaborator and model Natasa Vojnovic; a pagan bird-like figure in a 3-D mirrored getup and alabaster human statues. As for the clothes, a neoprene sleeve here, a body-conscious laser-cut dress there, and lightweight, voluminous gowns played out as the genesis for Pugh’s forthcoming Paris show in March.