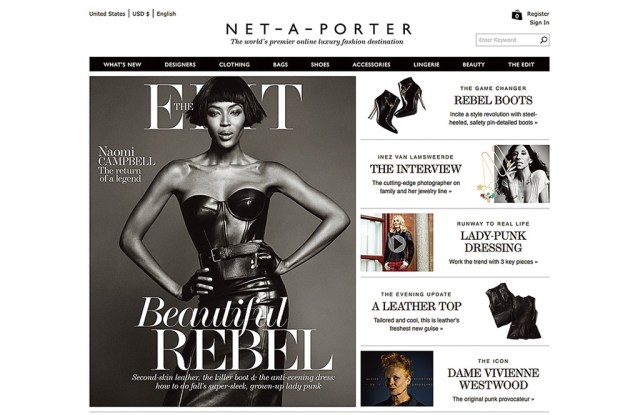 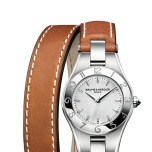 LONDON — Compagnie Financière Richemont may have denied that Net-a-porter Group is for sale and repeatedly declined to comment on speculation about potential fashion disposals, but it’s all fallen on deaf ears at Citigroup.

On Tuesday, Thomas Chauvet, head of European Luxury Goods Research at Citigroup here, published a lengthy report on Richemont’s overall health — and speculated in detail about disposals in Richemont’s fashion division — in anticipation of the company’s first-half results announcement on Nov. 8.

Chauvet, who acknowledges the Net-a-porter denial in his report, expects Richemont to make a “complete exit” from fashion and accessories in a bid to refocus on its hard luxury brands such as Cartier, Van Cleef & Arpels and Piaget, with the aim of forging a more “homogenous” group that generates higher margins and capital returns.

With regard to Net-a-porter, Chauvet said: “We could envisage an opportunistic spin-off of Net-a-porter and subsequent market listing or a sale to private equity investors or strategic trade buyers in the next 12 to 24 months.”

Chauvet believes Net-a-porter could be sold for 2.28 billion euros, or $3.15 billion, three times the luxury e-tailer’s projected sales of 760 million euros, or $1.05 billion, for the 2014-15 fiscal year, according to Citi estimates.

Chauvet said he used a multiple of three for a number of reasons: “We believe [Net] is an asset operating in a highly coveted segment, considering the intense M&A activity in the online luxury space, Amazon’s intentions to make a move in online luxury retailing and rich valuation multiples enjoyed by Asos and Yoox.”

In the spring of 2010, Richemont acquired the shares that it did not already own in Net-a-porter in a deal valuing the luxury retailer at 350 million pounds, or $532 million.

Earlier this month, WWD reported that Richemont had been in merger and acquisitions talks with Yoox Group with an eye to finding a buyer for Net-a-porter.

Richemont later issued a denial that the company was for sale, while Yoox founder and chief executive officer Federico Marchetti said: “At the moment, there are no negotiations taking place with Richemont.”

“NAP is not yet profitable on a headline EBIT basis, but it is generating positive operating cash flow,” the report said.

“While the business is currently only at breakeven, excluding an annual amortization of intangibles, it largely reflects a heavy investment phase over the past few years which saw the automation of the U.K. platform, expansion of U.S. warehousing facilities, build-up of Asian operations, as well as the launch of Mr Porter and investments at…The Outnet.”

Speculation about the future of Richemont’s fashion and accessories portfolio has been mounting since late spring, when the company’s founder and chairman Johann Rupert told analysts that the company needed to “cull” its bad investments quicker, although he did not give any specifics.

He also speculated that the struggling watch brand Baume & Mercier could be sold for 309 million euros, or $426 million, twice its estimated sales for the 2014-15 fiscal year.

In the report, Chauvet is bullish about Richemont’s watch sales in the current year, and said he expects growth in the jewelry category to remain “robust, and continue to outperform watches.”

He said Richemont’s shares have been outperforming those of its luxury competitors, and the company remains among the most attractive growth stories, with “superior long-term earnings power,” a powerful portfolio driven by profits at Cartier and a strong balance sheet.