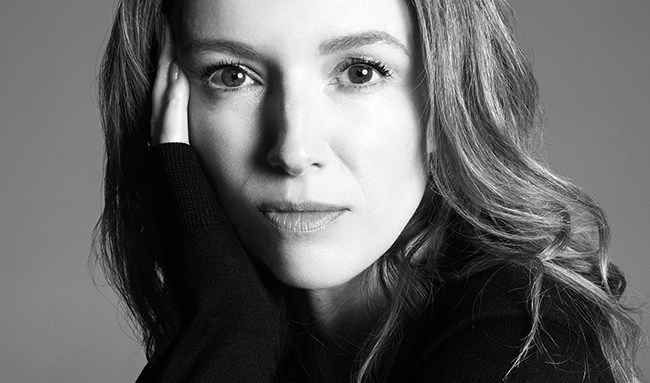 NEW YORK — Clare Waight Keller, Givenchy’s next artistic director, is to show her first collection for the French house during Paris Fashion Week in October and has been tasked with propelling its roots as a Fifties couture house further into the modern age.

“She has this great ability to break the rules and innovate without making a revolution,” said Givenchy chief executive officer Philippe Fortunato, who confirmed the hire exclusively to WWD. “Her very focused approach will help the brand in building the ongoing momentum we have — and taking it to the next level.”

Givenchy noted that her creative responsibilities include women’s and men’s ready-to-wear and accessories collections as well as couture. May 2 is her start date.

Waight Keller becomes Givenchy’s sixth couturier and the first woman at the creative helm, thrusting the former Chloé designer into the haute spotlight as Givenchy marks its 65th anniversary this year.

The choice of Waight Keller suggests Givenchy is ready to turn a page on the daring, Goth-tinged fashions plied by Riccardo Tisci over a stellar 12-year tenure and explore a more subdued version of the aristocratic elegance and architectural flair associated with the house.

Asked if the industry should expect a radical change in aesthetic, Fortunato replied: “You’ll have to wait and see. The development of the Givenchy wardrobe will see an evolution.

“The fact of having for the first time a woman envisioning the brand, designing for women and men, is unique for the house. That by itself will give it a different angle and a different point of view from the past,” he noted.

In an interview, the executive lauded Waight Keller’s leadership abilities; her eye for beautiful fabrics and her “strong and emotional” appreciation for French savoir faire.

“She also has a great ability to be able to narrate a very powerful brand story,” Fortunato said. “When we were discussing the project, she came up with a strong and compelling vision for the house.”

The executive also highlighted the British designer’s varied international experience, calling her a citizen of the world. It is understood she will split her time between London and Paris.

Boasting a strong background in knitwear and men’s wear — and a reputation for cutting a killer pair of pants — Waight Keller served as senior women’s designer at Gucci during the Tom Ford era, and has also worked at Ralph Lauren and Calvin Klein in New York.

She joined Chloé in 2011 after a six-year stint designing Pringle of Scotland. A calm, soft-spoken woman with a ready smile, Waight Keller brought a sure and steady hand to Chloe, rejuvenating its rtw and accessories business and winning largely positive reviews for her feminine-yet-gamine collections. Her expertise in leather goods, a lucrative category, could be a boon to Givenchy, which rarely featured handbags on the runway.

Tisci exited earlier this year following the expiration of his latest contract with the house, part of LVMH, which also controls Fendi, Céline, Kenzo, Loewe and Pucci.

The fall women’s collection, presented on showroom rails during Paris Fashion Week earlier this month, was credited to the Givenchy studio, as will the forthcoming resort, spring 2018 men’s and pre-spring 2018 women’s ready-to-wear collections.

The format to present those collections has yet to be determined.

Under Fortunato, Givenchy invested substantially to restore, harmonize and optimize its archive as an exploration and inspiration tool for the design teams, and Waight Keller was told only to “embrace the world of Givenchy and what we stand for.”

“It’s a big book. It’s 65 years of history to which she’ll be adding a very important new chapter,” he explained. “She’s a very interesting balance between magic and logic, and I’m personally very, very excited to have her on board.”

Tisci was the most successful of a string of designers who have led Givenchy following the 1995 retirement of the founder.

After a brief stint by John Galliano, who moved on to Christian Dior, Alexander McQueen tried his hand. But his eclectic collections — space aliens one season, rockabilly the next — failed to galvanize the house. Julien Macdonald went back to a style rooted in French elegance and sophistication, but did not win much acclaim.

Tisci brought stability — and heat — to the storied name, immediately making inroads with the world’s leading specialty stores and staging pulse-pounding shows attended by his wide clutch of celebrity friends, from Kanye West to Julia Roberts.

Setting a daring template informed by the energy of the club scene and tinged with sexual provocation, Tisci quickly became one of fashion’s most influential and original designers.

According to sources, Versace has held extensive discussions with Tisci, but the Milan-based fashion house has remained mum about any proposed change in creative leadership.

According to market sources, Givenchy grew more than sixfold in size during the Tisci era, and the brand’s revenues are now north of 500 million euros, or $540 million at current exchange. The number of employees has risen to more than 930 from 290 in 2005.

Fortunato has been spearheading its recent expansion and the brand has been tracking strong sales momentum and profitability, according to market sources.

Once dependent on wholesale, Givenchy continues its retail rollout, with Qatar and Rome boutiques slated to open this summer and a London flagship in the works for early 2018.

The company also recently took over direct distribution of its collections in two key luxury markets: Dubai and Singapore.

Givenchy today boasts 72 freestanding stores, compared to only seven in 2005 when Tisci arrived.

Givenchy Girls Through the Years: From Audrey Hepburn to Kim Kardashian West

Out From the Shadows: Chloé Banks on Ramsay-Levi to Maintain Growth