Today, the accessories company reopens its flagship at 79 Fifth Avenue, marking the first step in a multitier plan to elevate its retail experience. 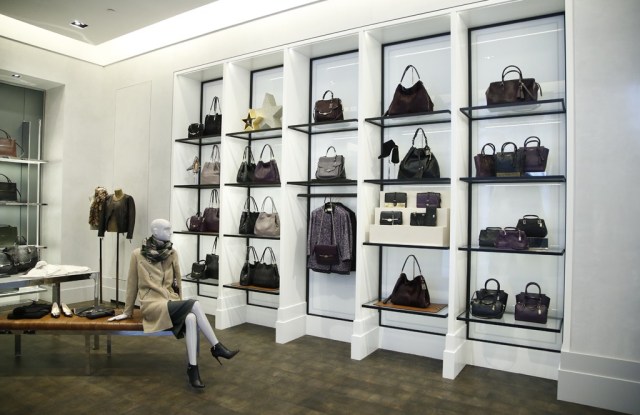 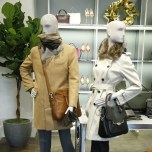 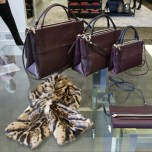 NEW YORK — Coach has a new retail concept that aims to reflect the brand’s move into a more upscale arena.

Today, the accessories company reopens its flagship at 79 Fifth Avenue after almost three months of construction, during which the store was closed. The unit’s unveiling marks the first step in a multitier plan to elevate the brand’s retail experience.

“People are shopping a lot more online — that’s real,” said Francine Della Badia, Coach Inc.’s president of North American retail. “So when they come to the store, they want the experience. They want the connection. They want to be able to touch and smell and see. So how do we think about next-generation design in retail?”

Enter the new concept store, which the brand is using as a “lab” for future in-store innovation. No aspect of the store has gone untouched — product, design, architecture and display were all up for examination.

“The goal is to elevate and make the area more elegant and sophisticated, but still really warm and approachable,” Della Badia said.

With 3,720 square feet of selling space, the store, which first opened in 2000, formerly mirrored the design of Coach’s other 350 units nationwide: open, white and sparse. The new look aims for a more intimate, luxurious feel with an emphasis on technology. A 12-foot-tall Karlie Kloss appears on a loop on a floor-to-ceiling screen that flanks the front entrance. All employees will now be outfitted with mini-iPads to help expedite the shopping experience — there are no cash registers in sight.

A major goal of the “lab” is to establish the right balance of elevating the company’s reputation within the luxury market while still maintaining its strong brand ethos.

“[The store] speaks to the larger brand transformation effort, which is to take those things in our DNA and bring them forward,” said Della Badia. “We’re taking the essence of the brand and thinking of it in a more modern, elevated way for this first lab.”

Subtle design elements, such as end-cut wood flooring used in the original Coach factory and a chandelier that mimics the light on a traditional coach wagon, provide nods to the company’s history.

The layout and interior of the store were transformed entirely. Once an open, white space, it is now a multiroom floor plan done in soft grays and earth-tone neutrals.

The merchandising speaks to the growth of Coach’s assortment, which increasingly also includes select ready-to-wear and a heavier focus on men’s categories.

Each distinctive space is its own “shopping destination” organized by category. The front of the store holds the brand’s most recent capsule collection, displayed alongside newly purchased mannequins dressed in the company’s still-growing apparel line, which currently boasts 50 stockkeeping units. From there, the store leads into a spacious accessories room with neatly organized gloves, scarves and additional rtw pieces, as well as the brand’s expanding shoe collection. “Shoes are such an important category for us, and something that we’ve done really well with, in terms of brand innovation,” Della Badia said. “People are buying more expensive shoes and are buying more of them.”

According to Della Badia, shoe sales have doubled since the category’s reboot in March.

Handbags remain Coach’s top classification, though, and receive prominent placement in the new concept, taking over the space’s main room in the center.

The men’s selection possibly had the biggest transformation, doubling in selling space and even receiving its own entrance on 16th Street. “We want it to feel like you’re in a men’s shop when you are in the men’s shop,” she noted.

Rich wood fixtures and leather accents distinguish the space from the store’s otherwise more feminine aesthetic. Della Badia estimates that on average, men’s makes up about 20 percent of store sales.

Della Badia declined to disclose sales projections for the reopened store, but noted they would hopefully be “a lot more.

“It’s a multiyear journey,” she said. “Stuart’s [Vevers, Coach’s newly instated executive creative director] products aren’t going to arrive until next fall. Product leads and everything else follows, so will we do better? I can’t imagine that we won’t.”

The brand’s next concept lab rolls out next week at the South Coast Plaza location in Costa Mesa, Calif. Based on customer reactions, more store makeovers are likely as early as spring 2014. The retail look could be tweaked and refined further once Vevers’ designs arrive in stores.

“We are looking at evolving and landing on something newer even than this for the spring, and that will have Stuart’s imprint,” Della Badia said. “We’ll take that concept, which will be slightly evolved from this, and that’s probably what we’ll roll out.…It’s all about brand perception.”