Comme des Garçons Does The Beatles

For Rei Kawakubo’s hotly anticipated collaboration with The Beatles, the apple didn’t fall far from the tree. 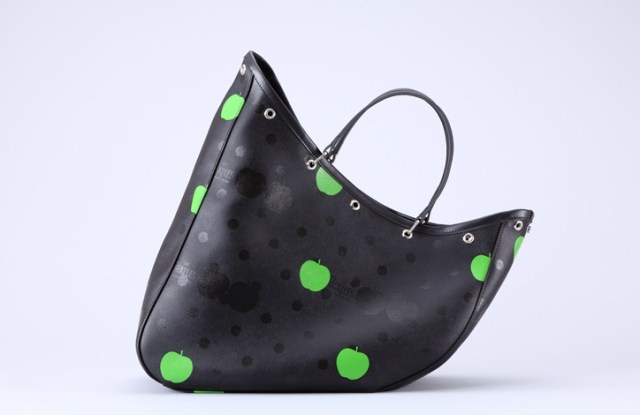 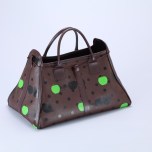 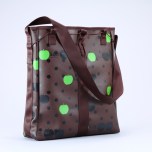 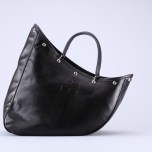 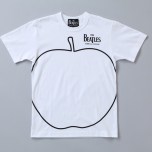 PARIS — For Rei Kawakubo’s hotly anticipated collaboration with The Beatles, the apple didn’t fall far from the tree.

In fact, the logo of Apple Corps Ltd. — the London-based company that manages the legacy and musical catalogue of the British band — sits next to Kawakubo’s signature polkadots on a range of travel bags, the core of the collection, along with shirts and T-shirts.

Priced from around $115 for a T-shirt up to $860 for the most expensive bag, The Beatles/Comme des Garçons label is to launch Nov. 20 in Tokyo at the Trading Museum, a new Comme store concept in the Gyre building. Dover Street Market, Kawakubo’s multibrand emporium in London, is to host the British launch on Nov. 27, with a further commercial rollout planned for 2010.

The iconoclastic designer of Comme des Garçons told WWD she opted for a “strong, conceptual” approach to the project “instead of making many unnecessary items that may in time come to resemble a Beatles souvenir shop.

“I thought it was better to concentrate on one strong idea, so I decided to construct the collection around the one idea of bags,” she said.

The 10 large-format styles are made in Japan to high-quality standards, using embossed polyurethane or printed PVC and detailed with metal grommets, embossing and cords.

Apple Corps’ only stipulation was no leather be used in the collection, given the antileather stance of Sir Paul McCartney, an advocate of vegetarianism and animal rights.

“We said that’s fine by us as Rei doesn’t like much using leather either,” noted Adrian Joffe, chief executive officer of Comme des Garçons International. The collection is projected to generate wholesale volume of about $5 million in the first year.

“Gigantic” is how Joffe characterized the level of interest in the project, with American department stores and multibrand fashion boutiques worldwide vying for distribution rights. But he said the plan is to roll out “slowly” and add new styles periodically.

Comme des Garçons signed a three-year worldwide licensing deal with Apple Corps, and Kawakubo was granted access to all Beatles imagery, graphics and photos, “so who knows where it will go next,” Joffe said.

Yoko Ono is among guests expected at the Tokyo launch party at Trading Museum, which will showcase an eclectic array or objects — for display or purchase — from vintage hats and jewelry to industrial designs and giant cacti.