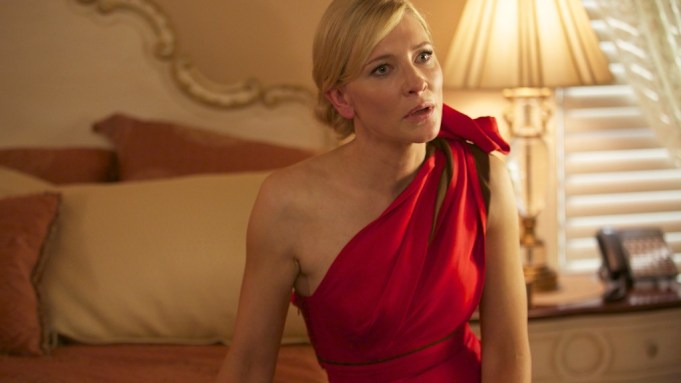 In total, the guild handed out awards in seven categories for film, television and commercial work at the 16th-annual event, which was presented by Lacoste. There were also four honorary awards including the Lacoste Spotlight award, which Jeremy Renner presented to his “American Hustle” costar Amy Adams.

Hosted by “Scandal” actor Joshua Malina, the gala at The Beverly Hilton hotel had an eclectic mix of presenters including Olivia Munn, Kerry Washington, Raquel Welch, Steve Coogan, Will Forte and Elisabeth Röhm.

The winner of the 2014 Outstanding Made For TV Movie or Mini Series was Ellen Mirojnick for “Behind the Candelabra” and the Excellence in Commercial Costume Design award was given to Nancy Steiner for her work in “Call of Duty: Ghosts Masked Warriors.”

In addition to Adams, there were three other honorary awards. The Distinguished Collaborator Award was given to Judd Apatow by Bill Hader and Jonah Hill. The Honorary Career Achievement award was awarded to April Ferry by Debra Winger and Ciarán Hinds. The 2014 Costume Designers Guild Distinguished Service Award went to Sharon Day, a longtime member of the Costume Designers Guild Local 892.