The brand has teamed up with Renault to launch a customized limited edition of the French automaker's bestseller Clio city car. 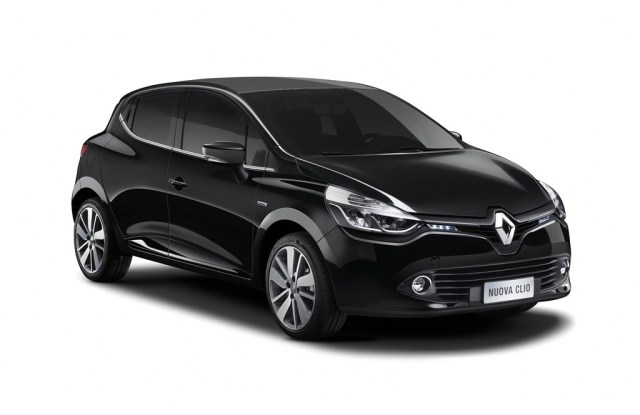 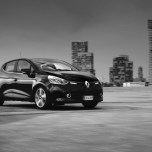 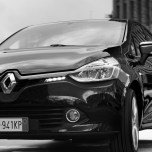 Costume National has teamed up with Renault to launch a customized limited edition of the French automaker’s bestseller Clio city car, which was presented at Milan’s Triennale Design Museum on Monday.

Called Clio Costume National, the car, which will be exclusively available in Italy from April 12, has been decorated by Costume National creative director Ennio Capasa, who also created a one-of-a-kind show car of the Clio.

The commercial version, which is available both in a sedan and a sports option, features the interiors embellished with the same laminated 3-D leather that Capasa used to cover the show car. In addition, some elements of the bodywork are in Costume National logo’s signature gray tone. Clio Costume National is available in three colors — white, gray and black.

“Quality and innovation, values we share with Renault, have always been part of our tradition,” said Capasa, highlighting both the technological and craftsmanship qualities of the exclusive Italian leather used for the car. “I think this initiative has a symbolic meaning. In such a difficult moment for the country’s economy, I hope the fact that a company like Renault launches such an innovative project could represent the start of a change opening to more positive moments.”

Capasa also reworked its Tokyo shopping bag to create a suede and 3-D leather version coming with the city car.

For the launch of the Clio Costume National, Renault tapped Italian film director Matteo Garrone, who realized a captivating black and white TV spot, called “An encounter,” on air in Italy from Sunday.

“We wanted to tell the story of an encounter, both romantic and ironic,” said Garrone, participating at the press conference via video from Apulia, where he is surveying the locations for his new film. “I chose the black and white to make the short movie more powerful and to exalt the elegance of the Clio Costume National.”

According to Biagio Russo, Renault Italy brand manager, the limited edition car targets men aged below 40, “who love a simple yet elegant and refined style, and who want to seduce.”

This collaboration with Renault is not Costume National’s first incursion in the automotive business. Last year, Capasa teamed up with Italian coach building company Zagato to customize Aston Martin’s DBS Coupe Zagato Centennial, while in 2007 the designer collaborated with Alfa Romeo to create the Alfa Romeo 147 C’N’C Costume National.