From Manhattan and Brooklyn to Los Angeles and London, lines are looking to expand their reach. 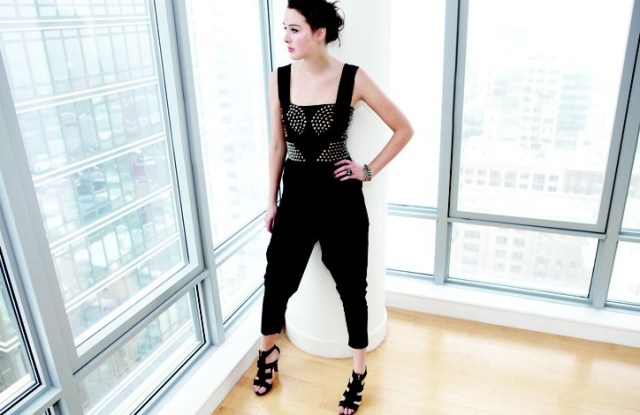 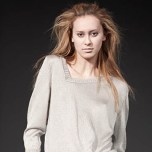 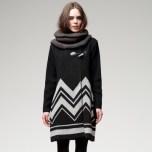 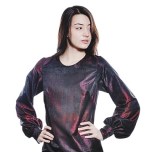 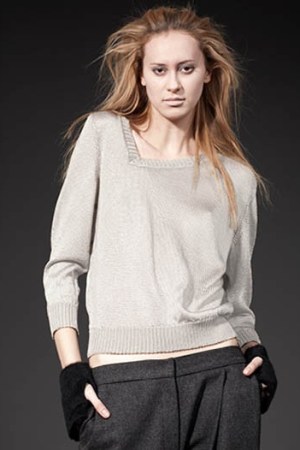 The idea of meeting one’s inner soldier was the inspiration for Sena NYC’s fall collection, titled “The Warriors.”

The collection features silver and brass studs used to conjure images of an urban, industrial landscape. In addition to the studs, strategically placed cut-outs are used to evoke the architectural elements of buildings and bridges and the armory detail of warriors.

The line is designed by Sena Yang, who honed her skills with stints at Alexander McQueen and Catherine Malandrino before launching her own collection for fall 2009.

“My aesthetic has always been a refined, edgy, downtown look with sharp, graphic linear qualities and feminine draping and details to soften the edge,” said Yang, adding that her customer is a “creative woman, creative not only applying to solely artistic fields, but to all women who are independent, bold and won’t take no for an answer.”

The color palette is primarily black and shades of gray, with an occasional pop of teal, coral and military green. Fabrics are mainly silk and Tencel jerseys and ponte knits. Wholesale prices are between $75 and $450.

The entire line is produced in Manhattan in the Garment District, and its care labels read “100% NYC.”

In the U.S., the collection is sold in 38 specialty stores and boutiques, including Fred Segal in Santa Monica, Lisa Kline in Los Angeles and Scoop NYC in Miami Beach. Internationally, it is sold in eight stores in six countries, as well as through several online fashion sites.

Eighteenth NYC’s little black T-shirt line, known for its avant-garde edginess, has evolved into a sportswear collection for fall.

The same angles and lines found in the T-shirts, as well as asymmetric cutouts, are prevalent in the assortment that now includes pants, skirts and an overcoat.

The collection is designed by Alexa Galler, who said she was inspired by the “utilitarian practicality of winter.” Galler, who started the company two years ago, is a graduate of Parsons The New School for Design. The firm is located at 111 Morton Street in Manhattan.

The clean silhouettes should appeal to the minimalist at heart. Rayon jerseys, a hallmark of past T-shirt collections, have given way to higher-quality sportswear fabrics such as wool, short-haired alpaca, sandblasted silk and ultrasuede jersey in a color palette of black, white, chrome and sand.

Wholesale prices range from $44 to $295. The line is sold in specialty stores in the U.S., including Anica and Mira Mira in San Francisco, Arcade and De Kohan in Los Angeles, Inven.Tory and Oak in New York, and Frances May in Portland, Ore., as well as online sites in the U.S. and Japan.

Pronounced “them,” the Los Angeles-based denim company is bringing a host of new fits, washes and silhouettes to Coterie.

“Each season we go on a trip for inspiration,” said co-designer Brian Kim. “This season we were inspired by antiquity.”

Kim explained that many of the fall aged and worn washes pay homage to art from Asian cultures and from ancient Egyptian mummies.

Now in their third season, the design duo of Kim and his wife, Olga Nazarova, have responded to the high-priced world of premium denim with a more affordable collection of basics.

According to the designers, THVM jeans make up the “entry price point” for premium denim.

At Coterie, THVM will showcase new fits, which include straight-leg jeans for women, as well as wide-leg trousers for men and women. Also expect a broader color palette that will encompass vintage tones such as pea green.

“Our novelty is our different silhouettes,” Kim said. “We also really looked at fit and created washes that were not in the market now.”

Oversize, hooded parkas in tweed and cotton jersey, military jackets, and dark, gothic prints inspired by the “Victorian obsession with death, glory and the afterlife,” are just a few items that make up London-based Bolongaro Trevor’s fall collection.

Designers Kait Bolongaro and Stuart Trevor describe their line as “original…and commercial…comprised of contemporary handmade pieces, inspired by vintage finds amassed over the past 20 years.”

At Coterie, look for military-inspired dress pants and side-button jeans, merino wool knitwear and metal-button cardigans, aniline leather coats, enzyme-washed T-shirts and jackets made from overdyed reconstituted Union Jack flags. To keep with the vintage Victorian vibe, the designers used pennies from the period as badges and buttons on shirts, knits, dresses, skirts and scarves.

The two are the original founders and former designers behind ubercool retail store group All Saints Retail Ltd. Bolongaro Trevor is a favorite of Londoners such as Kate Moss, Emma Watson, Daisy Lowe, Pixie Geldof and Agyness Deyn.

The brand is available in some 200 stores worldwide, as well as on its e-commerce site, bolongarotrevorshop.com, where women’s apparel ranges from about $35 to $1,100, and men’s clothing ranges from $40 to $650.

As the name suggests, Stripe by N is a young contemporary collection that features more than its share of striped pieces.

The line, which is showing at Coterie for the first time, features some form of a stripe or a line-based pattern such as plaids or gingham in every style. Designer and owner Na Young Lee said she considers striped styles to be “the most popular and stylish patterns in the world.”

The Fashion Institute of Technology graduate interned and then freelanced at Zac Posen before venturing out on her own. For now, she designs the collection in her Upper East Side apartment and holds meetings in her Chelsea offices.

Stripe by N is meant to relay “whimsy and an effortless look with reasonable price,” Lee said. Cotton shirts in striped and plaid combinations, spiral arrow pattern wool sweaters and striped wool coats with epaulets on the shoulders should generate the most interest, she said. Wholesale prices range from $70 for a cotton shirt to $220 for a wool coat.

“It is going to be a big challenge for us to attract buyers since we are new to Coterie, but at the same time we are confident about our unique designs and good quality clothes,” she said. “We believe that it is going to be able to appeal to new buyers.”

Hutch founder and designer Daniel Saponaro is counting on versatility to be a major selling point at his first appearance at Coterie. The way he sees things, contemporary sportswear is saturated with overembellished dresses and tops that are too specific.

“The economy may be taking an upturn, but times are still tough,” Saponaro said. “Women don’t want to feel pigeonholed into committing to a style that can only serve one setting or occasion.”

Having worked for eveningwear designers Heidi Weisel and Robert Danes, as well as contemporary brands like Samantha Treacy and Isaac Mizrahi Live, Saponaro is trying to offer a sampling of both categories. His aim is to create pieces with “clean lines and easy, flattering silhouettes that have a timeless sensibility, but are still in line with today’s trends.” Not wanting to create anything too pretentious, he has made slit-sleeve blouses and day-into-evening dresses with hints of lace and chiffon. Prints are inspired by art and nature, with colors such as dark ruby, navy and black offset with shots of salmon and violet. Saponaro has also created ponte knitwear designed to suit an assortment of body types. To try to up the fashion quota, silks and lace are combined with this double-knit interlocked fabric.

After what he described as a modest spring, he tapped B&S Showroom to represent the collection. Twenty-five specialty stores carry the line, which wholesales from $86 for a top to $181 for a coat. Key fall looks for the Brooklyn-based brand include a draped bodice dress in silk charmeuse and Italian tweed, a one-shoulder pleated dress in crepe de chine or a jacquard-print taffeta, and a tie-neck blouse in crepe de chine or silk charmeuse.