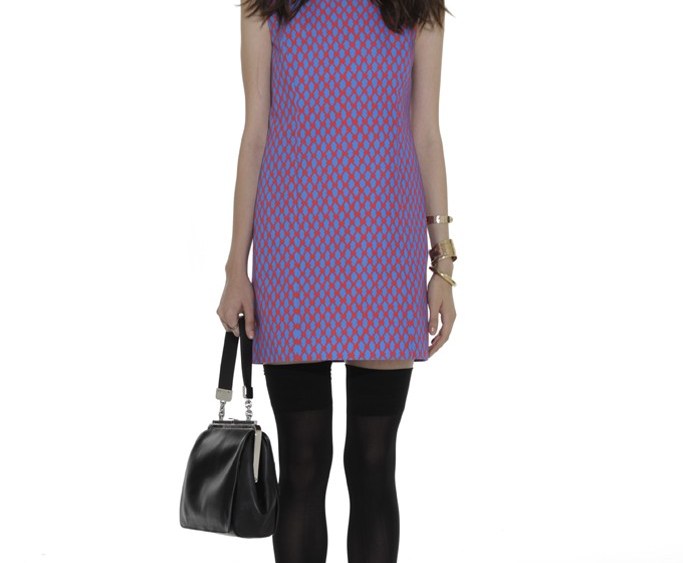 It’s a blistering Monday afternoon, but Jason Wu is keeping his cool. The designer is at (the air-conditioned) Pier 59 Studios in Manhattan’s Chelsea to oversee a look book shoot for Miss Wu, the new contemporary collection he is launching in partnership with Nordstrom in January. The scene — the music thumping; stylist Lori Goldstein lounging around; model Meghan Collison waiting patiently in a white bathrobe for her next look, while the production staff breaks for lunch — is charming and cool, and a suitable backdrop for the line the designer maintains is his most personal work yet.

“Instead of just doing ‘Jason Wu-for-less,’ the idea is to explore the other side of myself,” Wu, 29, says. “I always see Jason Wu [the collection] as my aesthetic, my design sensibility. Miss Wu is my personality. It was really fun to explore that facet of who I am — slightly more downtown, and with a more relaxed attitude.”

The name may stem from a wide-eyed owl that serves as the company’s emblem as well as a handbag of the same name from Wu’s signature collection, but the contemporary concept is, in fact, the result of a conversation between the designer and Jeffrey Kalinsky, Nordstrom’s executive vice president of designer merchandising, two years ago. “As my brand evolved, Jeffrey thought there was an interesting area that I could expand into, the designer contemporary market,” Wu says. “He always saw this other side that was a little bit more playful and a little younger that would lend itself to a collection.”

Kalinsky cites Wu’s considerable recognition as a reason he encouraged the designer to move into the contemporary area. “There’s a large audience who wants to wear his clothes,” he says. “This collaboration has an appeal not just to a younger set of women, but to a broader set of women and at prices that are approachable. What’s great is that while feeling different from the Jason Wu signature collection, it still clearly has Jason’s design DNA.”

Wu’s inspiration board for spring is filled with iconic images from the Sixties, particularly icons like Jane Birkin and Marianne Faithfull. “Those girls had that certain something-something that really felt right for the image of this girl,” he says. The 40-piece lineup features charming printed and textured shifts and A-line dresses with touches of Mod, striped tops teamed with floral skirts and charming details like a prominent bow placed on the back of a trench and embroidered sequined circles on a dress.

“One thing that is rare in the contemporary market is more feminine, girlier clothes,” Wu says. “It tends to be more hard-edged, or too young. I felt this is something that brings a little bit of softness.”

The collection retails from $195 for a sleeveless silk bow blouse to $795 for a black leather jacket. By contrast, a Jason Wu collection garment averages about $1,700.

Miss Wu will be available at Nordstrom’s Via C departments. The retailer will carry the label in its 49 stores as well as at nordstrom.com for one year, with projected first-year retail sales exceeding $7.5 million.

After the yearlong exclusive ends, Wu plans to expand to wholesale the collection both domestically and globally.

For the Taiwan native, Miss Wu represents another opportunity to boost his name recognition. Wu started his career designing dolls, and moved into fashion after studying at Parsons The New School for Design and interning at Narciso Rodriguez. He launched his namesake collection in 2008 and became a household name when First Lady Michelle Obama wore his gown to the 2009 Inaugural Ball. Earlier this year, Wu also designed a collection for Target at prices from $19.99 to $59.99.

“Target was really different, because it was a flash,” the designer says, adding that while Miss Wu was already in the works, Target “still gave me the assurance that there was a demand for Jason Wu at a different price point. The success of it was really encouraging as we were starting Miss Wu.”

Wu is already mulling additional categories for Miss Wu. “The first two seasons are based solely on ready-to-wear,” he says. “By 2014, we plan to have accessories.”