As the couture shows get under way in Paris today, executives voiced optimism as they look for new customers in Asia. 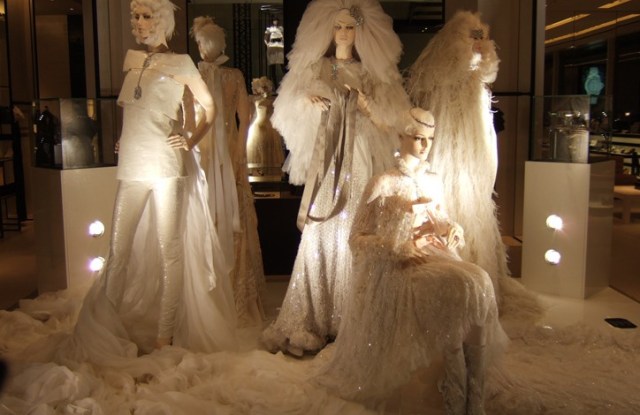 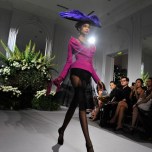 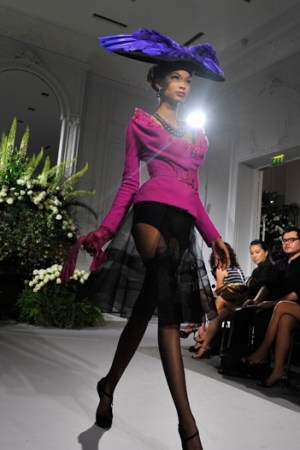 Dior will again show couture at its Avenue Montaigne salons.

As the high fashion shows get under way here today, executives voiced optimism for their 2010 prospects and reiterated their commitment to the painstaking, costly and increasingly rare enterprise.

“It’s so strategic today because, more and more, the emerging countries are becoming sophisticated in a very fast way,” said Sidney Toledano, president and chief executive officer of Christian Dior. “It’s a big competitive edge for the future. In the next five years, we’ll see more and more clients from emerging countries.”

Debunking the stereotype that clients in so-called emerging markets are mostly interested in buying accessories, Toledano said Chinese consumers, for example, are rapidly migrating to the pinnacle of the luxury offer, including couture.

“They want the global image of the brand: They look at the DNA, the heritage and the know-how. Couture is a vehicle to transmit the savoir faire and the codes of the house,” he said in an interview at Dior’s hushed, gray headquarters here. “One of the reasons for our success in China is our real, genuine story — thanks to the haute couture.”

He noted clients in fast-developing countries tend to be younger — in their 30s and 40s — as opposed to the grand society elders long associated with high fashion.

“I am not pessimistic for couture,” agreed Bruno Pavlovsky, president of Chanel’s fashion division, which sold more couture pieces in 2009 over the previous year, even if fewer customers placed orders and revenues were lower because collections were less elaborate.

“It’s a very specific target customer, and these people in one way or another will stay in contact with the brand,” he said. “The customers are quite active. The collections are not just for the runway; it’s more than a spectacle.”

However, executives acknowledged it’s yet unclear if American and some Russian clients, who retreated last year as the world was engulfed by the economic crisis, would return to previous levels of spending.

Givenchy is projecting an increase of 10 to 20 percent this year, after a 10 percent bump in couture last year, said chief executive officer Fabrizio Malverdi.

He credited consistent commissions for weddings and special events, which account for half its high-fashion business, and strong interest in runway looks, reflecting the youth and fashion-consciousness of today’s clientele.

“More and more, especially in Europe, our customers are younger,” he said, noting the Middle East remains its most important high-fashion market. Malverdi said Givenchy’s couture benefits from a reputation for reliability, responsiveness and high service levels, which it also extends to certain celebrities. Last year, for example, Givenchy dressed Laetitia Casta for the Cannes Film Festival. “We can provide a service that maybe other houses cannot,” he said.

According to Veronique Gautier, president of Jean Paul Gaultier, the economic crisis “has raised the expectations of the clients in terms of quality and creative, as well as a service that is more personalized.

“The clients were more discreet last year because of the economic situation, but seem to be very motivated to attend the fashion show,” she added. Echoing other executives, Gautier said the financial crisis bit hard in the first half of 2009, with a “big setback” in America and a slowdown in Europe impacting orders. The second half improved, thanks partly to orders for wedding dresses, and new clients including Russians and Asians.

Toledano declined to give sales figures for couture, but described 2009 as a “good year” in which Dior met its objectives.

“The economic situation is still quite difficult in many regions, so we have to be quite cautious,” Pavlovsky noted.

Still, couture houses continue to dangle couture as a golden carrot in fertile future markets, such as Asia, and particularly China, as well as Eastern Europe.

Last month, Chanel orchestrated customer events in its Tokyo and Beijing boutiques around couture, efforts that yielded orders. In tandem with the fifth anniversary of its Ginza tower, Chanel displayed its most iconic and sophisticated pieces from past and present high-fashion collections all over the sprawling store. Pavlovsky said the company has “quite an energetic” program of similar events this year, leveraging couture as a unique product and an exclusive service.

Couturier Elie Saab said his Beirut ateliers ran at full capacity last season and his appointment book was full two weeks prior to his show, scheduled for Wednesday. “Couture grew in 2009 by about 3 percent over 2008 and still contributes about 43 percent of total sales,” Saab said. “The bright spot has been the interest from a younger clientele.”

Saab noted many of these hail from “emergent” countries including Turkey, Greece, Russia, Kazakhstan and Ukraine. However, he cautioned he expects the “more conservative approach to spending” to continue, and for clients to invest in looks that are more “timeless.”

Valentino SpA recently presented its winter couture collection in Singapore and Kuala Lumpur, Malaysia, which chairman and ceo Stefano Sassi described as “wonderful countries with great potential for Valentino Haute Couture. We are doing our best to protect this special world, continuing to experiment and expanding the business also in new markets.”

Executives expressed regret over the shuttering of the Christian Lacroix couture house last month, but stopped short of characterizing it as a bad omen for couture.

Dior’s Toledano said couture is polarizing between niche players operating on a small scale, and powerhouses with global reach and revenues streaming in from ready-to-wear, accessories and perfumes.

What’s worrisome is the shrinking number of important players to create a compelling reason for international clients and editors to congregate in Paris for couture week. The Chambre Syndicale, which organizes the shows, added a day devoted to high jewelry on Thursday to pad out the number of attractions.

“If we can have a new designer in haute couture, they are welcome,” Pavlovsky said, flashing a big smile.

Toledano stressed that a further contraction of the couture brethren would not discourage Dior, just as only a handful of European players, including Louis Vuitton and Hermès, have preserved in making luggage trunks to safeguard an important savoir faire.

“I cannot be pessimistic about an activity…that is the backbone of the company,” he said.

Concerns that loom larger include protecting the suppliers of fabrics, trimming and embroideries and ensuring future generations are attracted and trained in the trade.

According to Chanel’s tabulations, coverage of its couture in the first half of 2009 versus a year ago jumped in all markets: up 177 percent in China; 133 percent in France; 45 percent in Italy, and more than 30 percent the U.S., Japan and Hong Kong.

Pavlovsky also cited more interest from the media to track the creation of couture from sketch through all the hand-wrought steps to a finished product.

Saab also noted online media is burgeoning and is proving to be a “very important segment” in publicizing couture, especially when worn by celebrities. He cited a 38 percent increase in editorial credits last year.